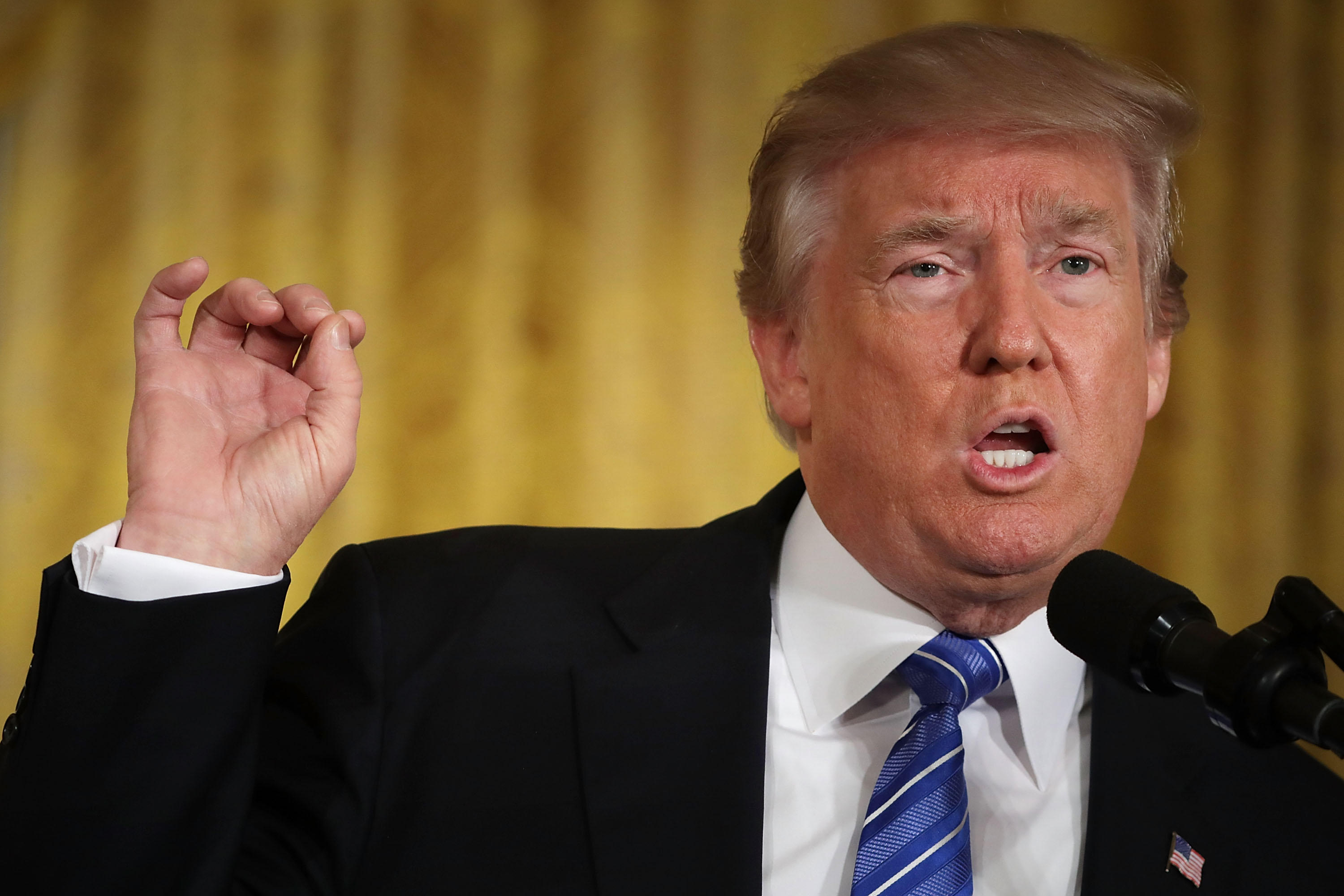 President Trump on Monday accused former FBI Director James Comey of leaking classified information to the public, suggesting that he committed a crime.

Before he posted that tweet, Mr. trump retweeted a segment from Fox News' "Fox and Friends" that discusses a report in The Hill newspaper that says that more than half of Comey's memos detailing his conversations with the president contain classified information, according to officials familiar with the documents.

In his testimony before Congress last month, Comey revealed that he leaked his own memos to his friend, Daniel Richman, a professor at Columbia University's law school. Richman then provided the contents of the memo to a reporter at The New York Times who wrote about it. The former FBI chief said he hoped the leaking of the memo would prompt the selection of a special prosecutor to oversee the FBI's investigation into Russian interference. Comey said he had a right to leak the memos because they were his own recollections.

A source with knowledge of the investigation confirms to CBS News' Nancy Cordes that some of the memos have been retroactively classified. They know that Comey made clear before Congress that he was careful to write the memo describing his conversations with POTUS about Flynn in a such a way that it would be classified.

"You have to be careful how you handled it for good reason. If I write it such a way that doesn't include anything of a classification, that would make it easier for to us discuss within the FBI and the government, and to hold onto it in a way that makes it accessible to us," Comey told lawmakers.

The confirmation hearing for Comey's replacement, Christopher Wray, will take place on Wednesday in the Senate Judiciary Committee.