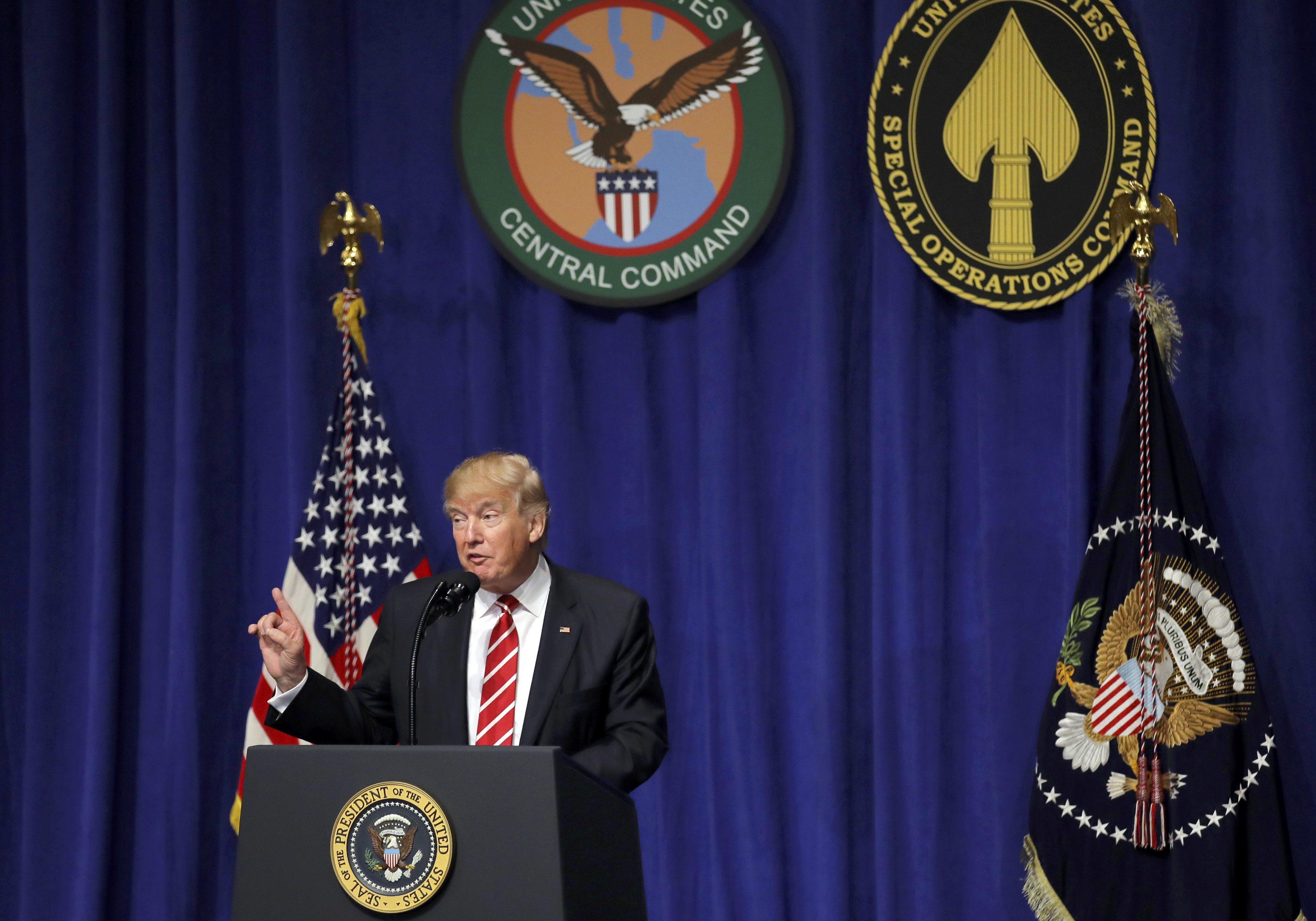 This comes after his adviser, Kellyanne Conway, referred to the “Bowling Green Massacre,” which never happened, in an effort to defend the administration’s travel ban. She later claimed that she misspoke and meant “Bowling Green terrorists.” Cosmopolitan said Monday that Conway had also referred to the fake massacre in an interview with one of its reporters.

During the speech Monday, Mr. Trump vowed to defeat the Islamic State in Iraq and Syria (ISIS) and also repeated his call for members of NATO to contribute more to the alliance.

“To these forces of death and destruction, America and its allies will defeat you,” Mr. Trump said, adding that the U.S. needs “strong programs” to keep out “people who want to destroy us and destroy our country.”

He seemed to be referring to his travel ban, which has been temporarily halted by a federal judge, and his call for “extreme vetting.”