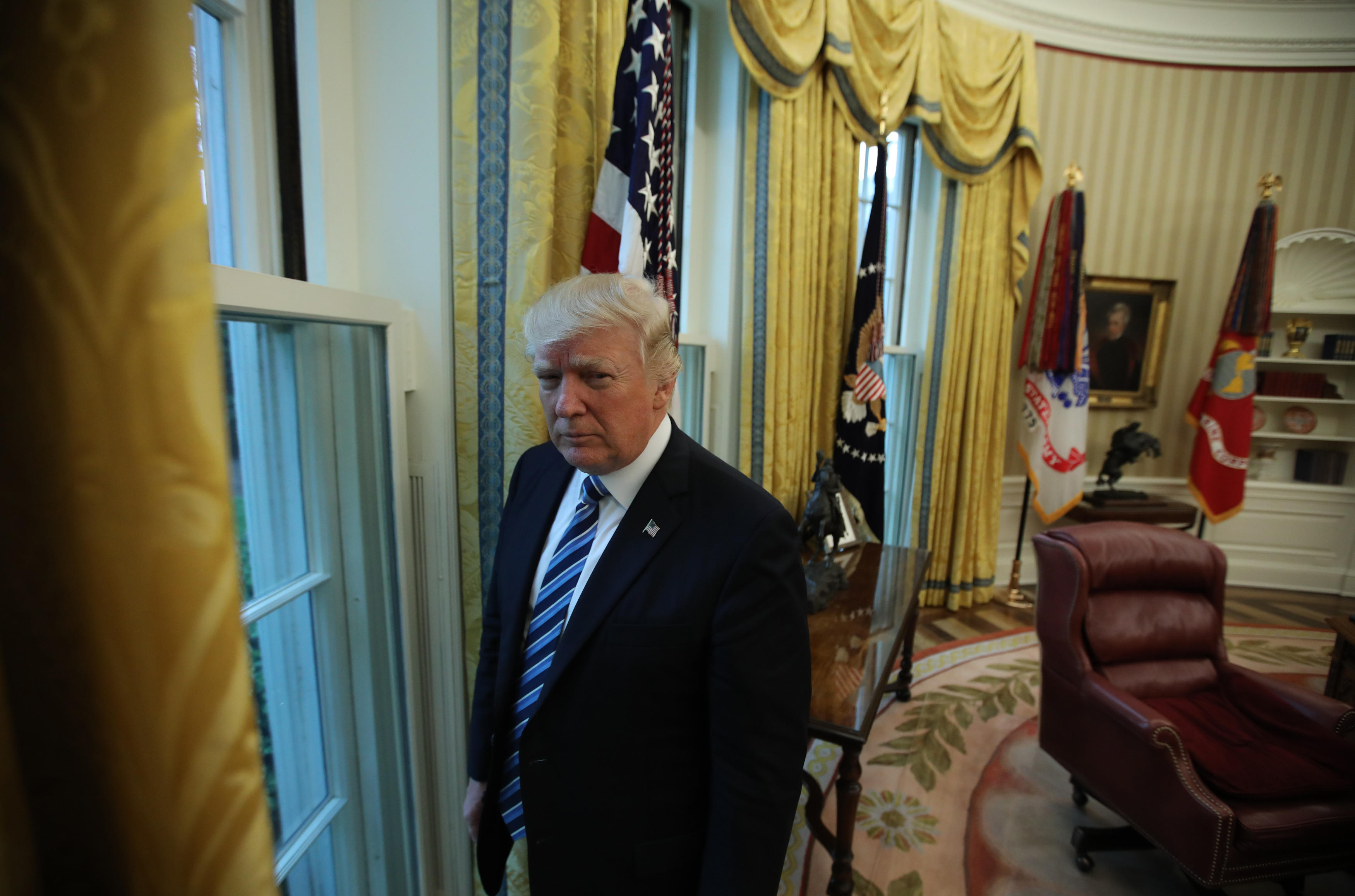 The Trump campaign is getting an early start on his re-election campaign with his first 2020 campaign ad. In a $1.5 million ad buy, The Donald J. Trump for President campaign released a new ad, just two days after his official 100th day in office, commemorating what they perceived as the highlights of his career in governing thus far.

The first version of the ad showed Mr. Trump shaking hands with his national security adviser, Gen. H.R. McMaster, the Washington Post noted. The campaign replaced McMaster with a shot of Mr. Trump shaking hands with a factory worker after campaign finance expert Larry Noble pointed out on Twitter that active members of the military like McMaster, can't engage "in partisan political activity."

The campaign said in a statement that it planned to release a series of digital targeted ads to voters with specific support of agenda items from Mr. Trump's first 100 days. It added that the video highlights Mr. Trump's "clear vision, resolute leadership and an uncompromising dedication to the American people, just as he promised throughout his campaign."

The 30-second spot features a forceful voice-over that echoes Mr. Trump's confidence in his administration, claiming at one point that "America has rarely seen such success."

The ad hits on White House wins, including Mr. Trump's successful confirmation of Supreme Court Justice Neil Gorsuch, the elimination of several government regulations, and what the administration has dubbed "the biggest tax cut plan in history," though the plan introduced by his chief economic adviser and his Treasury secretary was short on detail.

In keeping with many of his comments during his presidency and his campaign, Mr. Trump slammed the mainstream media in the ad, claiming the public "wouldn't know it from watching the news" but that "America is winning again" and Mr. Trump is indeed, "making America great again."

The ad is currently featured on the campaign's website under a banner that reads: "The Truth Mainstream Media Refuses to Tell," which urges supporters to "not let fake news dominate the truth."

The ad will air on television in major markets across the country, as well as target-specific voting groups on online media.

Editor's note: This article has been corrected to reflect that the ad buy was $1.5 million.