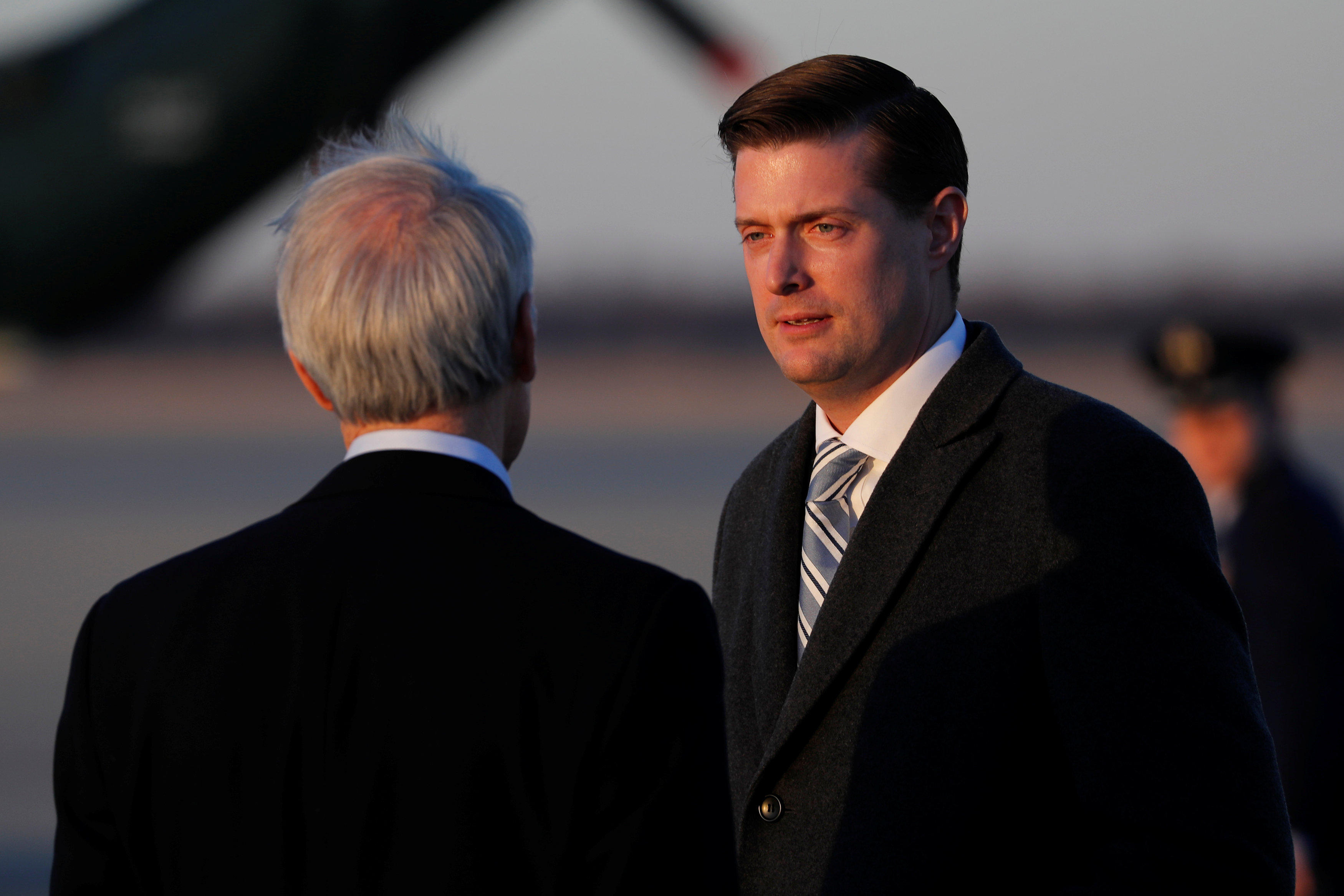 President Trump was blindsided by the allegations against his staff secretary of spousal abuse and called Rob Porter a "sick puppy," a close ally of the president told CBS News. Sources stressed that Mr. Trump would likely not have had any knowledge of the details of Porter's personal history, which includes accusations by two ex-wives Porter physically and emotionally abused them.

But there have been questions about the timing and nature of the White House's response.

The allegations of abuse first appeared in a Daily Mail story published Tuesday, Feb. 6, around 7:30 p.m. ET.  The story reported allegations by Porter's second ex-wife, Jennifer Willoughby, that Porter had been verbally and physically abusive. And it also cited the June 2010 protective order Willoughby filed with the Arlington, Virginia police against Porter after he violated their separation agreement, refused to leave their apartment and punched the glass out in the front door of their home.

The Daily Mail informed the White House of those allegations before publication. White House chief of staff John Kelly released a staunch statement of support, calling Porter "a man of true integrity and honor."  That comment appeared in the story.

At 1:53 a.m. ET Wednesday Feb. 7, The Intercept reporter Ryan Grim tweeted photos showing Colbie Holderness, Porter's first wife, with a black eye. She said that during a trip to Italy in 2005, Porter had punched her in the face.

By about 8:30 a.m., The Daily Mail also had the photos and added them to their website.

At 1:46 p.m. Wednesday, Feb. 7, about 12 hours after the photos surfaced, the White House sent CBS News the statement from Kelly, comments from White House press secretary Sarah Sanders, as well as from Porter himself:

On Thursday, White House deputy press secretary Raj Shah said Kelly found the photos "shocking" and said he hadn't seen the photos when he issued his initial statement of support. However, the press office was aware of the accusations of physical abuse before the Daily Mail story was published and released its statements supporting Porter anyway. It continued to issue the same statements even after the photos has been public for about 12 hours.

This week, on Monday, asked why it was that the White House was still saying that Porter was a man of integrity and honor after the photos had circulated, White House press secretary Sarah Huckabee Sanders responded, "The comments that were made by members of the White House were based on our personal experience, and we could only speak to the interaction that we had personally had."

In January 2017, Porter told White House counsel Don McGahn his background check for a security clearance might reveal derogatory information about his past relationships.  Porter did not specify what that information was and McGahn suggested they allow the process play out.  The FBI sent an initial report on Porter to the White House in June. It's not clear who, if anyone, read the report.

Porter worked with an interim security clearance for over a year and often handled classified documents. The president recently expanded Porter's duties to include work on trade policy.