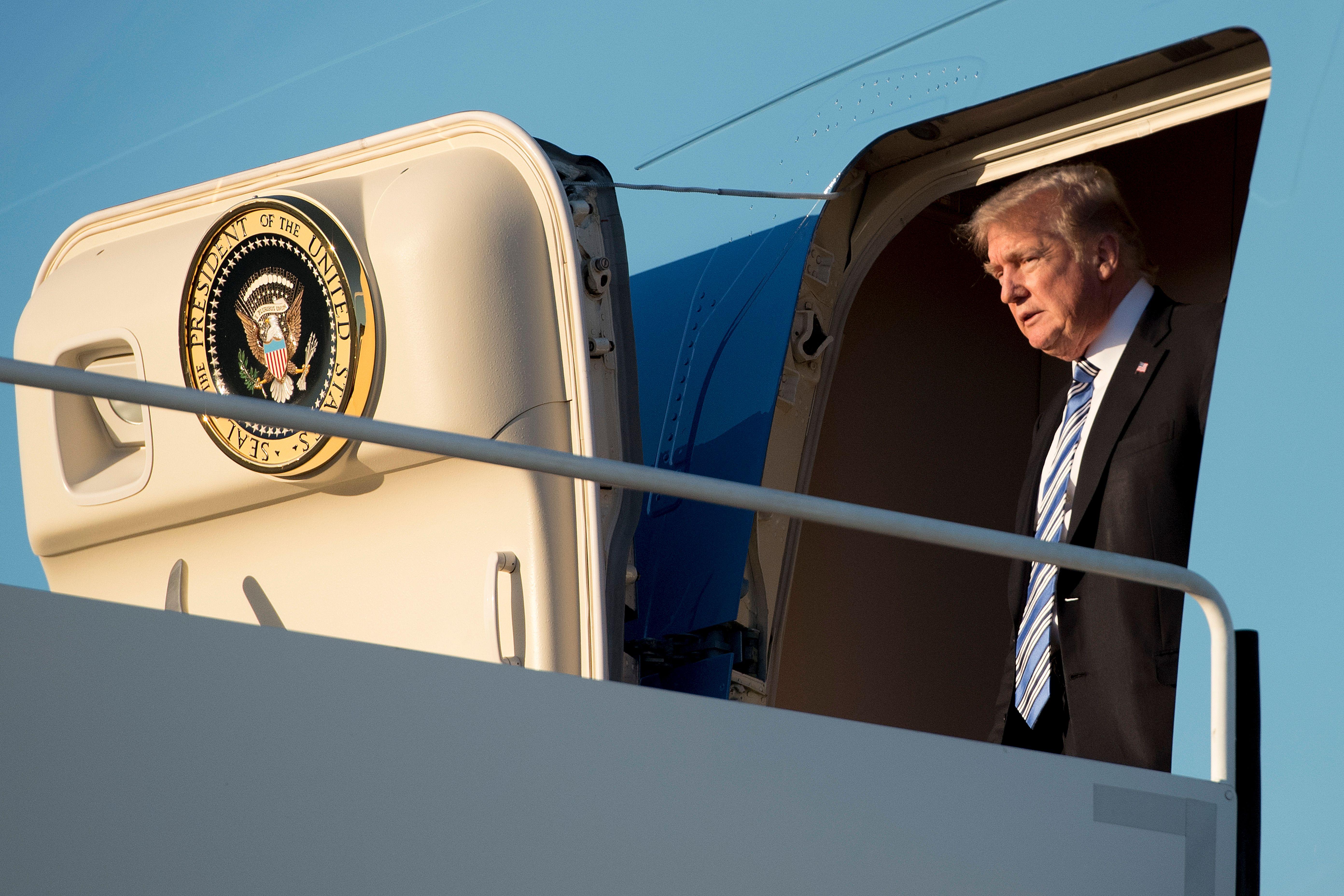 President Trump tweeted late Saturday that he is "very sad" the FBI missed the possible warning signs about Florida shooting suspect and the they are "spending too much time trying to prove Russian collusion." He also added "there is no collusion" and the FBI should "get back to the basics and make us all proud!"

Florida's Republican Gov. Rick Scott  has called upon FBI director Christopher Wray to resign after the FBI admitted it had received a tip about  Nikolas Cruz, the suspected Florida school shooter. The FBI said in statement Friday that it had received a tip about Cruz in January 2018 but failed to investigate the report. A person close to Cruz contacted the FBI's Public Access Line on January 5, reporting Cruz's gun ownership, desire to kill others, erratic behavior and disturbing social media posts, the statement said.

Attorney General Jeff Sessions later ordered a review of the Justice Department's processes in the wake of the shooting. Sessions on Friday called the shooting a "tragic consequence" of the FBI's failures, and said it's clear the agency missed warning signs.

The review will examine what went wrong and how the agency responded. Sessions said it may include "possible consultation with family members, mental health officials, school officials and local law enforcement."

As for the Russia investigation, Mr. Trump and Republicans have long sought to discredit the FBI's handling of it. On Friday, Attorney General Rod Rosenstein announced the indictment of 13 Russian nationals for trying to influence the 2016 election. Mr. Trump indicated Friday the indictment vindicated him, saying it showed "no collusion!"

The president leveled a new round of criticism early Sunday morning, attacking President Obama's lack of intervention in Russia's meddling. With two jabs at "Liddle" Rep. Adam Schiff of California, Mr. Trump said the lawmaker is "finally right about something" claiming that Schiff has now faulted Mr. Trump's predecessor for dropping the ball on the investigation. "Obama was President, knew of the threat, and did nothing. Thank you Adam!" Mr. Trump wrote.

"Now that Adam Schiff is starting to blame President Obama for Russian meddling in the election, he is probably doing so as yet another excuse that the Democrats, lead by their fearless leader, Crooked Hillary Clinton, lost the 2016 election. But wasn't I a great candidate?" he added.

On Sunday, Schiff told CNN that while he's said "all along the Obama administration should have done more" in acknowledging Russia's influence, that's no excuse for the president "sit on his hands."

The president also rebuffed claims that he had ever doubted Russia's role in interfering in the presidential election. "I never said Russia did not meddle in the election, I said 'it may be Russia, or China or another country or group, or it may be a 400 pound genius sitting in bed and playing with his computer.' The line he quoted was from a September 2016 debate when he challenged Hillary Clinton's claims that Russians were behind the hack into the Democratic National Committee.

He added in his Sunday tweet, "The Russian 'hoax' was that the Trump campaign colluded with Russia - it never did!"

Since the 2016 election, the president has repeatedly on the record dismissed the controversy over Russia's meddling.  In an April 2017 interview with Face the Nation he called the claims of ties between the Trump campaign and Russia a "total phony story."

The president also addressed the assessment of top U.S. intelligence officials that Russians were able to sow discord in 2016 through the use of social media, saying "they have succeeded beyond their wildest dreams."

"If it was the GOAL of Russia to create discord, disruption and chaos within the U.S. then, with all of the Committee Hearings, Investigations and Party hatred, they have succeeded beyond their wildest dreams," he tweeted. Mr. Trump added, "They are laughing their asses off in Moscow. Get smart America!"

At a Senate hearing last week, leaders of the intelligence community said the United States is "under attack" as it relates to the nation's cybersecurity posture heading into the 2018 midterm elections. They agreed that actors like Russia show little sign of slowing down their efforts to spread dissension in the United States.

Mr. Trump criticized the FBI's leadership in January over texts the FBI says it is missing between two former members of the special counsel's team, Peter Strzok and Lisa Page. In text messages that were released, Strzok and Page were critical of Mr. Trump and Republicans.

Also in January, Mr. Trump went against Wray's recommendation and declassified a Republican memo accusing the FBI of abusing its surveillance powers in the Russia probe.

Mr. Trump, meanwhile, fired Wray's predecessor, James Comey, in May. Mr. Trump told NBC News' Lester Holt a few days later that he decided to fire Comey after saying to himself "you know, this Russia thing with Trump and Russia is a made-up story."