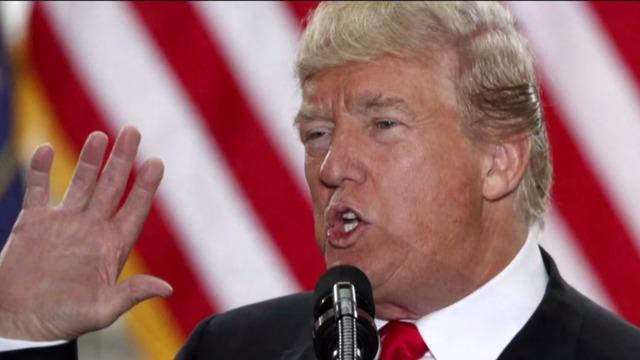 CBS News has obtained the text messages that former Special Counsel investigator Peter Strzok sent to his colleague Lisa Page, a senior FBI lawyer who was also working on the Mueller team at the time, Paula Reid reports. Here are some of the texts they exchanged over the course of the 2016 presidential campaign, while Strzok was a top official in the counterintelligence division:

In August 2015, Page wrote to Strzok, "I just saw my first Bernie Sander [SIC] bumper sticker. Made me want to key the car." Strzok replied, "He's an idiot like Trump. Figure they cancel each other out."

Strzok wonders in March 2016 whether Mr. Trump would "be a worse president than (Ted) Cruz?" Page responds, "Trump? Yes, I think so." Strzok then says Mr. Trump is "awful" and "an idiot." In early March, on Super Tuesday, Donald Trump had won seven states, compared to Ted Cruz's three, and it was clear by this point that he was the frontrunner for the Republican nomination.

Also in March, Page seems to be concerned about whether the things they say about Mr. Trump can be found out. "So look, you say we can text on that phone when we talk about Hillary because it cant be traced," she wrote.

In July 2016, the two mock the Trump campaign and Republicans over their convention guests and speakers, including a Duck Dynasty star and Scott Baio. Strzok writes to Page, "Its PATHETIC!"

Beyond the name-calling, the two also expressed their strong distaste for the Republican nominee in longer messages.

"HE [Trump] appears to have no ability to experience reverence which I [SIC] the foundation for any capacity to admire or serve anything bigger than self to want to learn about anything beyond self, to want to know and deeply honor the people around you," Strzok lamented. Page wrote back, "He's not ever going to become president, right? Right?"

On Election Day, Strzok expressed his dismay at seeing a map showing Mr. Trump winning -- he called it "f*****g terrifying," and a week after the election, Strzok and Page were also alarmed to see that Jeff Sessions was likely to be named attorney general.

"Sessions for AG," Strzok texted, along with a profanity. Page replied, "Good god."

During the campaign, Strzok led the investigation into Hillary Clinton's use of a private server while she was secretary of state. The texts sent between Page and Strzok are dated between August 2015 and December 2016, the duration of the campaign. They raise concerns about Strzok's impartiality and will likely prompt more questions about the investigation into Clinton's server.

Strzok was dismissed from Special Counsel Robert Mueller's team in August, after he was suspected of sending the politically sensitive text messages. Strzok now works in the FBI's human resources department. Lisa Page, the other FBI agent involved in the text communications, had been working at the special counsel's office. But she had completed her detail there before the office became aware of the allegations. The special counsel's office declined to comment on the texts.

Page's and Strzok's apparent political sympathies extended to Congress, too. They also wrote messages disparaging House Speaker Paul Ryan, with Page expressing the hope that Ryan "fails and crashes in a blaze of glory" and Strzok responding that the GOP "needs to pull their head out of that *ss. Shows no sign of occurring any time soon."