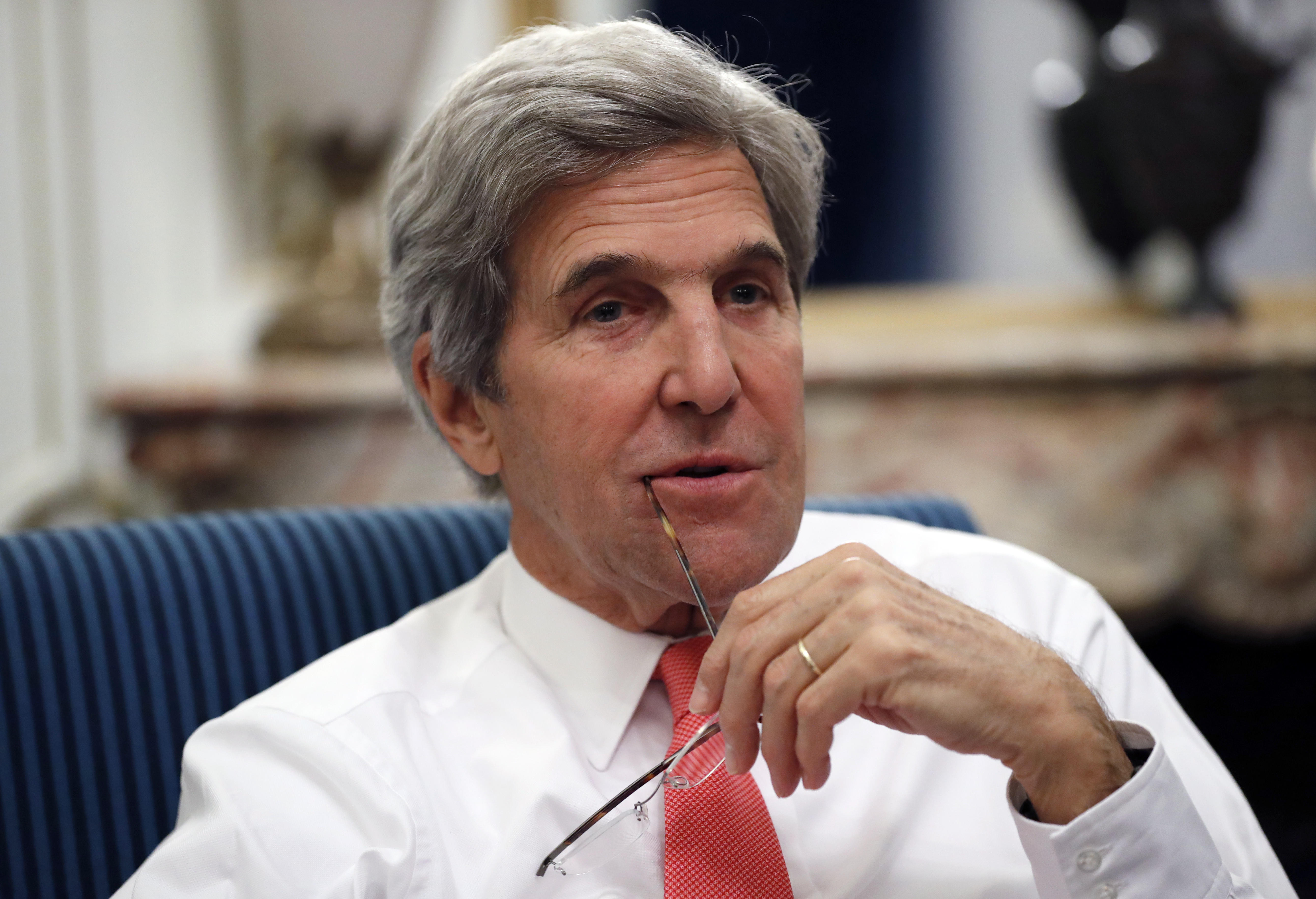 With days left to make a decision about whether the United States will remain a part of the Iran nuclear deal, President Trump is accusing former Secretary of State John Kerry of conducting "illegal shadow diplomacy" to preserve the nuclear agreement that curbs Iran's development of a nuclear arsenal.

"He was the one that created this MESS in the first place," Mr. Trump tweeted on Monday of the "very badly negotiated" Iran deal.

The Boston Globe reported Friday that Kerry recently sat down with Iranian Foreign Minister Javad Zarif to discuss ways to salvage the Obama-era deal. The Globe, citing a person briefed on the meetings, reported that it was the second time in roughly two months the two had met to talk strategy about the future of the agreement. The two had worked together for two years along with other Obama administration negotiators to reach the agreement to freeze Iran's nuclear development.

Zarif recently told CBS' "Face the Nation" however that Iran is "ready" to restart its controversial nuclear program if the Trump administration leaves the 2015 Iran nuclear deal and reinstates sanctions.

"We have put a number of options for ourselves, and those options are ready, including options that would involve resuming at a much greater speed our nuclear activities," Zarif said.

The newspaper adds that Kerry had also met with German President Frank-Walter Steinmeier and French President Emmanuel Macron, a vocal proponent of brokering a separate, more comprehensive deal to quell the U.S.' concerns.

In response to Mr. Trump's claims, a Kerry spokesperson said in a statement to CBS News, "I think every American would want every voice possible urging Iran to remain in compliance with the nuclear agreement that prevented a war."

The statement added, "Secretary Kerry stays in touch with his former counterparts around the world just like every previous Secretary of State. Like America's closest allies, he believes it is important that the nuclear agreement, which took the world years to negotiate, remain effective as countries focus on stability in the region."