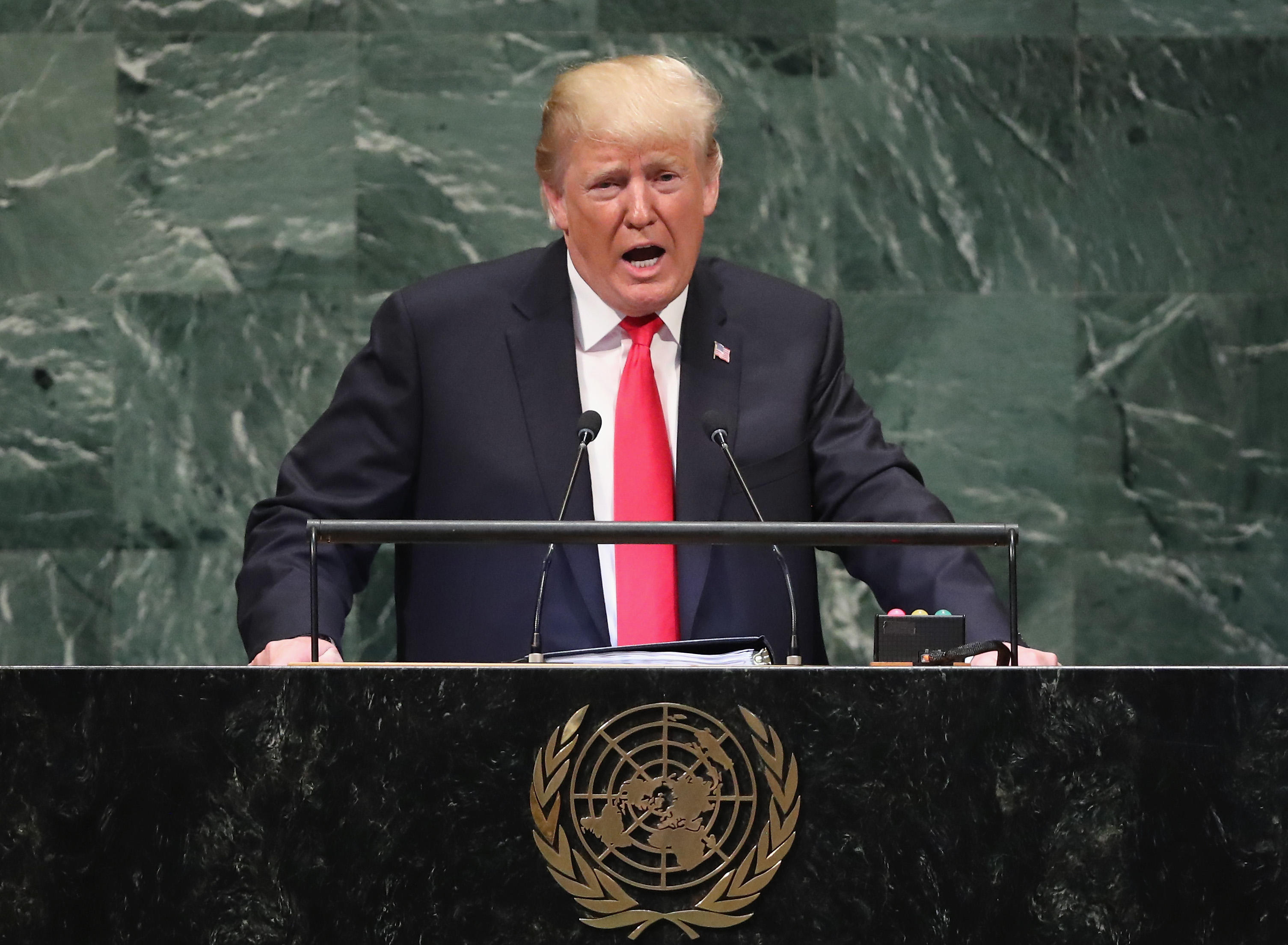 President Trump said China is engaging in election interference ahead of November's midterms and accused Beijing of trying to undermine his administration. Mr. Trump made the allegations Wednesday on the world stage, while presiding over a United Nations Security Council meeting on nonproliferation. He said that China's alleged activities were the result of an ongoing trade dispute between the two countries.

"Regrettably, we found that China has been attempting to interfere in our upcoming 2018 election, coming up in November, against my administration," Mr. Trump said. "They do not want me, or us, to win because I am the first president ever to challenge China on trade."

"We don't want to them to meddle or interfere in our upcoming election," he said in prepared remarks.

China's foreign minister, Wang Yi, later dismissed Mr. Trump's accusation, saying, "We did not, and will not, interfere in any country's domestic affairs. We refuse to accept any unwarranted accusations against China."

In a subsequent briefing call with reporters, a senior administration official said Beijing was employing a coordinated, "whole-of-government" approach to stifle free speech, disseminate propaganda, and engage in intimidation tactics using political economic, commercial, military and informational tools. The official said China "punishes or rewards" a swath of actors – including businessmen, movie studios, journalists, religious leaders and political candidates, among others – "depending on whether they criticize or support China's policies."

"Some of these activities are actually covert," the official said. "It employs cyber, it employs in some cases corruption, and it employs propaganda, and things that appear to be more normal modes of interacting and spreading information."

The official said the activities had reached "an unacceptable level," but, beyond pointing to paid ads targeting districts that had voted for the president, declined to offer specifics on how they amounted to interference in the 2018 midterm elections.

"Some examples of the ways that China is actively interfering in our political system include hurting farmers and workers in states and districts that voted for the president because he stood up to the ways China has taken advantage of our country economically," the official said.

Shortly before the briefing, Mr. Trump tweeted a picture of ads placed in the Des Moines Register that he described as "propaganda ads…made to look like news."

"That's because we are beating them on Trade, opening markets, and the farmers will make a fortune when this is over!" the tweet said.

Mr. Trump has made oblique accusations about China's influence efforts in the past. In August, he tweeted "All of the fools that are so focused on looking only at Russia should start also looking in another direction, China." Last week, in another tweet, Mr. Trump said China was "actively trying to impact and change our election by attacking our farmers, ranchers and industrial workers because of their loyalty to me."

At no point Wednesday did the president make similar pronouncements about Russia, which the U.S. intelligence community long ago accused of engaging in a coordinated influence campaign to boost Mr. Trump's chances of being elected in 2016. Mr. Trump's own national security leaders have said Russia continues its interference efforts ahead of the midterms, though they have said the activity is not occurring with the same intensity as it did in 2016.

At an election security briefing in early August, Director of National Intelligence Dan Coats alluded to the possibility that countries besides Russia might take steps to interfere in U.S. political matters. "We are aware that Russia is not the only country that has an interest in trying to influence our domestic political environment," Coats said at the time. "We know there are others who have the capability and may be considering influence activities. As such, we will continue to monitor and warn of any such efforts."

The Office of the Director of National Intelligence declined to offer additional details about China's election interference efforts, including how they differed from those employed by Russia, on Wednesday.

Earlier this week, however, Coats delivered prepared remarks at The Citadel in South Carolina in which he accused China of engaging in cyber and other influence activities that were "unprecedented in scale" and "more deliberate and subtle" than Russian efforts.

"China has been among the most active foreign states conducting cyber activities against the United States' interests," Coats said.

At the conclusion of Wednesday's briefing call, the senior official said the Trump administration was working to declassify additional details about China's activity. Vice President Mike Pence is expected to elaborate on the alleged Chinese interference in remarks to be delivered next week at the Hoover Institution.