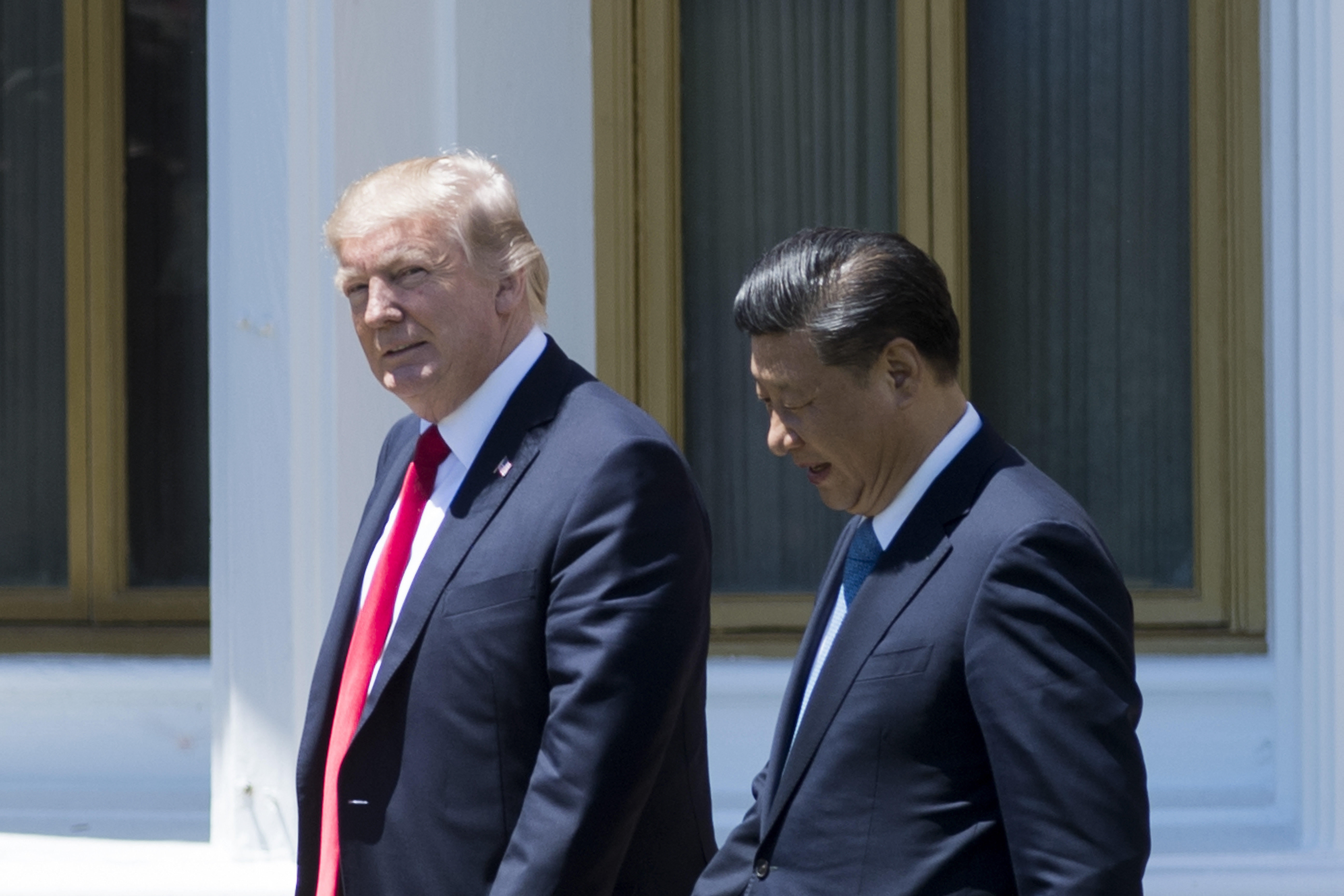 BEIJING -- China imposed new tariff hikes on U.S. goods Monday and accused Washington of bullying, giving no sign of compromise in an intensifying battle over technology that is weighing on global economic growth.

The General Administration of Customs said it started collecting additional taxes of 5 and 10 percent on a $60 billion list of 5,207 American goods from honey to industrial chemicals at noon. That coincided with the time for President Trump's planned tariff hike on $200 billion of Chinese imports to take effect, though there was no immediate U.S. government confirmation it was collecting the higher charges.

The conflict stems from U.S. complaints Beijing steals or pressures foreign companies to hand over technology. American officials say Chinese plans for state-led development of global competitors in robotics and other technologies violate its market-opening obligations and might erode U.S. industrial leadership.

Communist leaders offered to narrow their politically sensitive, multibillion-dollar trade surplus with the United States by purchasing more natural gas and other American exports. But they have rejected pressure to change industry plans they see as a path to prosperity and global influence.

Monday's tariff hike follows a report by The Wall Street Journal that Chinese officials pulled out of a meeting to discuss possible talks proposed by Washington. The Chinese government had given no public indication whether it would accept the invitation. Envoys last met Aug. 22 in Washington but reported no progress.

"The trade war is now a reality," said Fitch's chief economist, Brian Coulton, in a report. "The downside risks to our global growth forecasts have also increased."

Rachel Layne wrote for CBS News' MoneyWatch that with the Chinese raising tariffs on Monday, the U.S. will likely start work on Mr. Trump's previous threats to impose tariffs on all of the remaining imported goods from China, the U.S.'s biggest trading partner last year. That would mean another $267 billion of Chinese imports would be subject to U.S. tariffs.

That led Commerce Secretary Wilbur Ross in an interview Tuesday with CNBC to say China is "out of bullets" when it comes to tariffs.

But rather than surrender quickly, China could deploy other tactics if the Trump administration follows through and taxes every Chinese good coming into the U.S. While Beijing has taken a measured approach so far in its response, economists and strategists say what happens next is less certain.

"Non-tariff measures are a wildcard, with sales restrictions now a risk," UBS strategist Keith Parker wrote in a note to clients. Analysts say possible retaliatory measures could include blocking the export of key resources to the U.S., blocking the sale of select U.S. goods in China or disrupting the operations of U.S. corporations in China.

Earlier, the two sides imposed 25 percent penalties on $34 billion of each other's goods in July and another $16 billion in August. Business groups say American companies also report Chinese regulators are starting to disrupt their operations through slower customs clearance and more environmental and other inspections.

The first round of American tariffs targeted goods Washington said benefit from improper Chinese industrial policies. American regulators tried to limit the impact on the public by focusing on industrial machinery and components, but the latest $200 billion list of imports includes bicycles, wooden furniture and other consumer goods.

Chinese regulators have tried to cushion the blow on their own economy by targeting American goods such as soybeans, natural gas, fruit, whisky and automobiles that are available from Europe, Latin America and other Asian countries.

Mr. Trump threatened last week to add an additional $267 billion in Chinese imports to the target list if Beijing retaliated for the latest U.S. taxes. That would cover nearly everything China sells to the United States.

Also Monday, the Chinese government accused the Trump administration in a report of "trade bullyism" and of preaching "economic hegemony."

It affirmed China's stance that it is a developing country, a claim that rankles Washington, Europe and other trading partners.

They point to China's status as a major manufacturer and a growing competitor in smartphones and other technology. They say Beijing is no longer entitled to concessions it was granted when it joined the World Trade Organization in 2001, such as the right to limit access to its finance, energy and other markets.

Chinese leaders have tried without success to recruit German, France, South Korea and other trading partners as allies against Washington. They criticize Mr. Trump's tactics but echo U.S. complaints about Chinese market barriers and industry plans.

The Trump administration has "has brazenly preached unilateralism, protectionism and economic hegemony, making false accusations against many countries and regions, particularly China, intimidating other countries through economic measures such as imposing tariffs, and attempting to impose its own interests on China through extreme pressure," said the official Xinhua News Agency.

Chinese leaders have announced changes this year including tariff cuts and plans to end ownership limits in their auto industry. But businesspeople who have met senior planners say they express no willingness even to discuss changes to technology development plans.

As the fight intensifies, China is running out of U.S. imports for retaliation.

Imports of American goods last year totaled $153.9 billion while the United States bought Chinese goods worth $429.8 billion, according to Chinese customs data. Monday's increase leaves Beijing with about $40 billion of goods for penalties while the Washington has almost $200 billion.