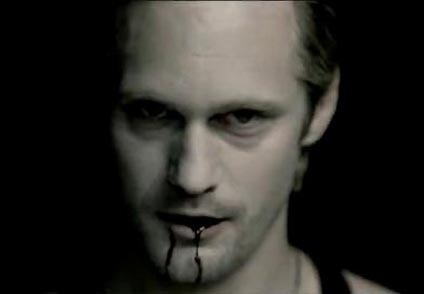 As he is taking a tour of Russell's (played by Denis O'Hare) abode, Eric discovers that the vampires may have stolen his treasured family jewels.

While holding a crown that he personally recognizes, Eric has a random flashback to his mortal days as a Viking in Norway.

In his human days, we learn that Eric was once a carefree Viking prince but soon loses his joie de vivre after his family is killed by werewolves at the command of a mysterious man wearing a black cloak.

Eric's flashback leaves him at an interesting predicament as it not only reveals his ancient quest to avenge his family's death, but also shows that Russell is the cloaked-leader of the werewolf pack.