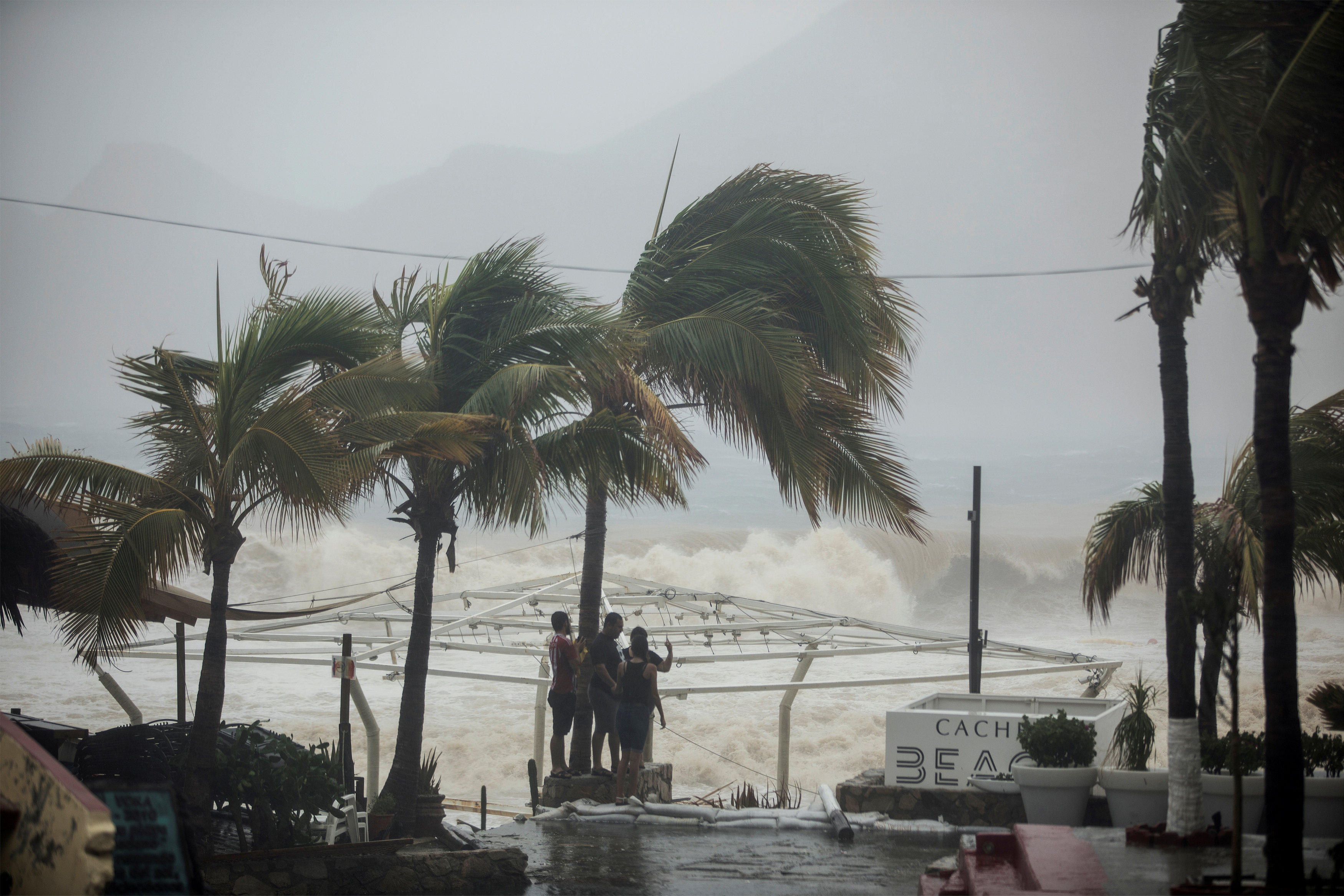 Arturo de la Rosa Escalante, mayor of the twin resorts of Los Cabos, said two people were electrocuted by power lines, a woman drowned after being swept away by water on a flooded street and a baby was ripped from its mother's arms as she crossed a flooded area.

Lidia's wind strength eased slightly to 60 mph, and further weakening was forecast over the next few days as the storm reaches mountainous terrain.

The storm was centered about 65 miles west-northwest of La Paz and was heading northwest at about 9 mph.

The center said Lidia could produce accumulations of as much as 6 to 12 inches of rain across much of Baja California and parts of the mainland, threatening flash floods and landslides.

Lidia has also spread rains over a broad swath of Mexico including the capital, where it was blamed for flooding that briefly closed the city's airport this week and a 30-foot-wide sinkhole that opened in a downtown street Thursday.

"Some of the tropical moisture from Lidia may reach parts of the desert Southwest this holiday weekend, including southern California, southern Nevada and southwestern Arizona," the hurricane center said.

The storm was expected to travel about halfway up the peninsula before turning out into the Pacific.

Far out over the Atlantic, meanwhile, Category 3 Hurricane Irma was following a course that could bring it near the eastern Caribbean Sea by early next week. It had maximum sustained winds near 110 mph and was moving west-northwest near 13 mph.

Forecasters said Irma was expected to be an extremely dangerous hurricane for the next several days. No coastal watches or warnings were in effect.

Irma formed on the heels of Hurricane Harvey, which struck the Gulf Coast of Texas last Friday. Thousands have been displaced by the storm due to torrential rain and flooding.