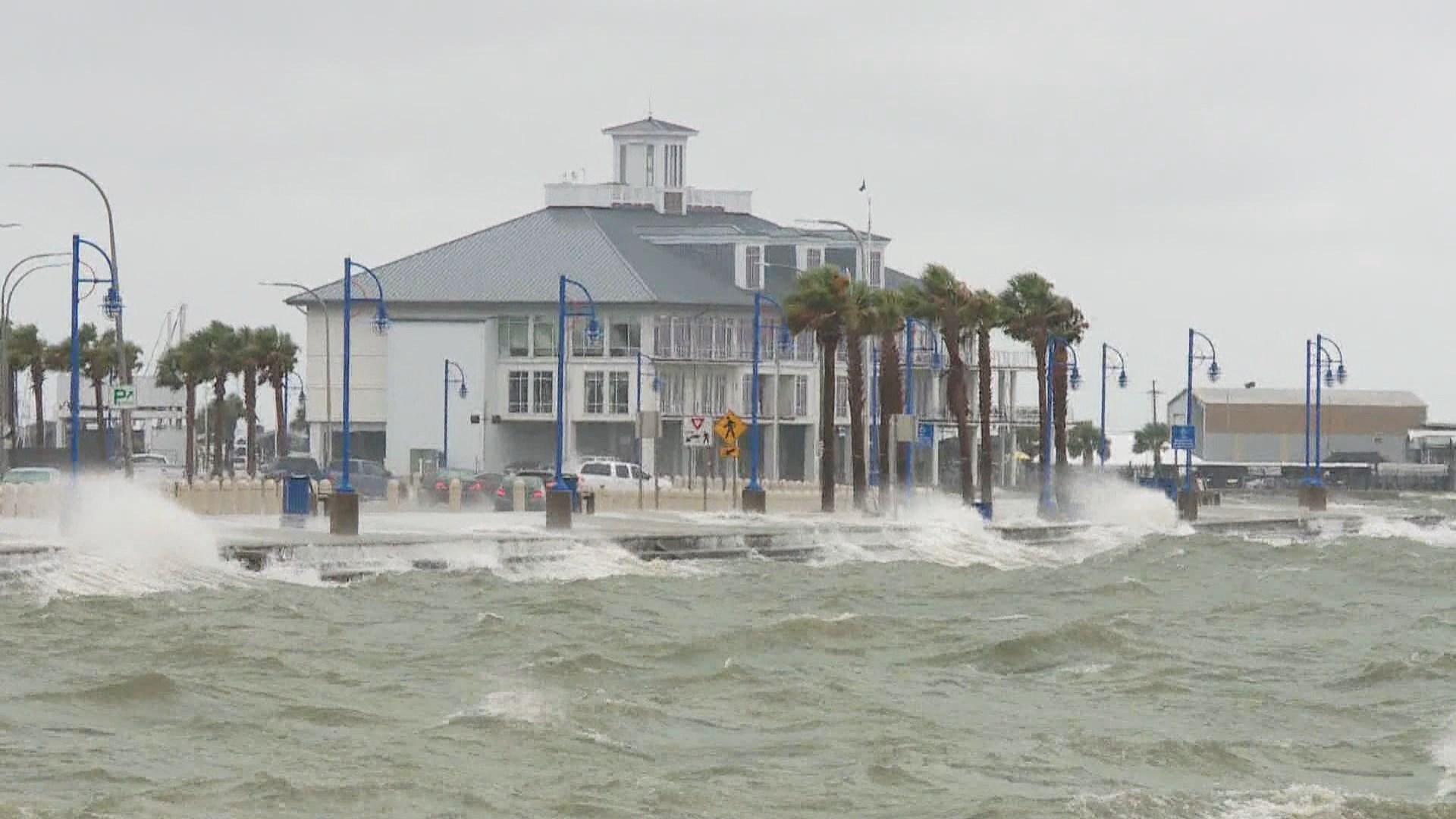 A massive and dangerous storm is bearing down on the Gulf Coast.

Tropical Storm Cindy is the third named storm of the hurricane season and the first to hit the continental United States.

The storm's reach stretches across a 500-mile swath of the Gulf Coast, from Texas to Florida.

Right now, sustained winds are up to 60 miles per hour and parts of Mississippi and Louisiana are expecting up to a foot of rain. New Orleans could see about four to six inches.

The eye of this storm is expected to go west, with tropical storm warnings in effect all the way to Galveston, Texas. But large bands of rain will be strongest to the northeast, in places like New Orleans. The heavy rain could produce life-threatening flash flooding across the coast, reports CBS News correspondent David Begnaud.

The rain from Tropical Storm Cindy has already made an impact on the Gulf Coast, bringing whipping winds, whitecaps and storm surge.

Roads in several states are impassible. As far east as Gwinnett County, Georgia, the effects from Cindy caused flash flooding.

"This is a major, major rain event," said Ken Graham, a meteorologist with the National Weather Service. He says it's critical that people focus on areas beyond the storm's projected "cone."

"Listen, we've been through this many many times before. I don't want anyone to panic, there's no reason to do that. But this is going to be a serious event," Landrieu said at a press conference.

The National Weather Service is strongly advising people to be aware of storm surge, as it's the No. 1 killer during a tropical system. The heavy rain could produce life-threatening flash flooding across the coast. Cindy is expected to make landfall sometime tonight, or early tomorrow morning.

California residents so rattled by earthquakes they're sleeping outside