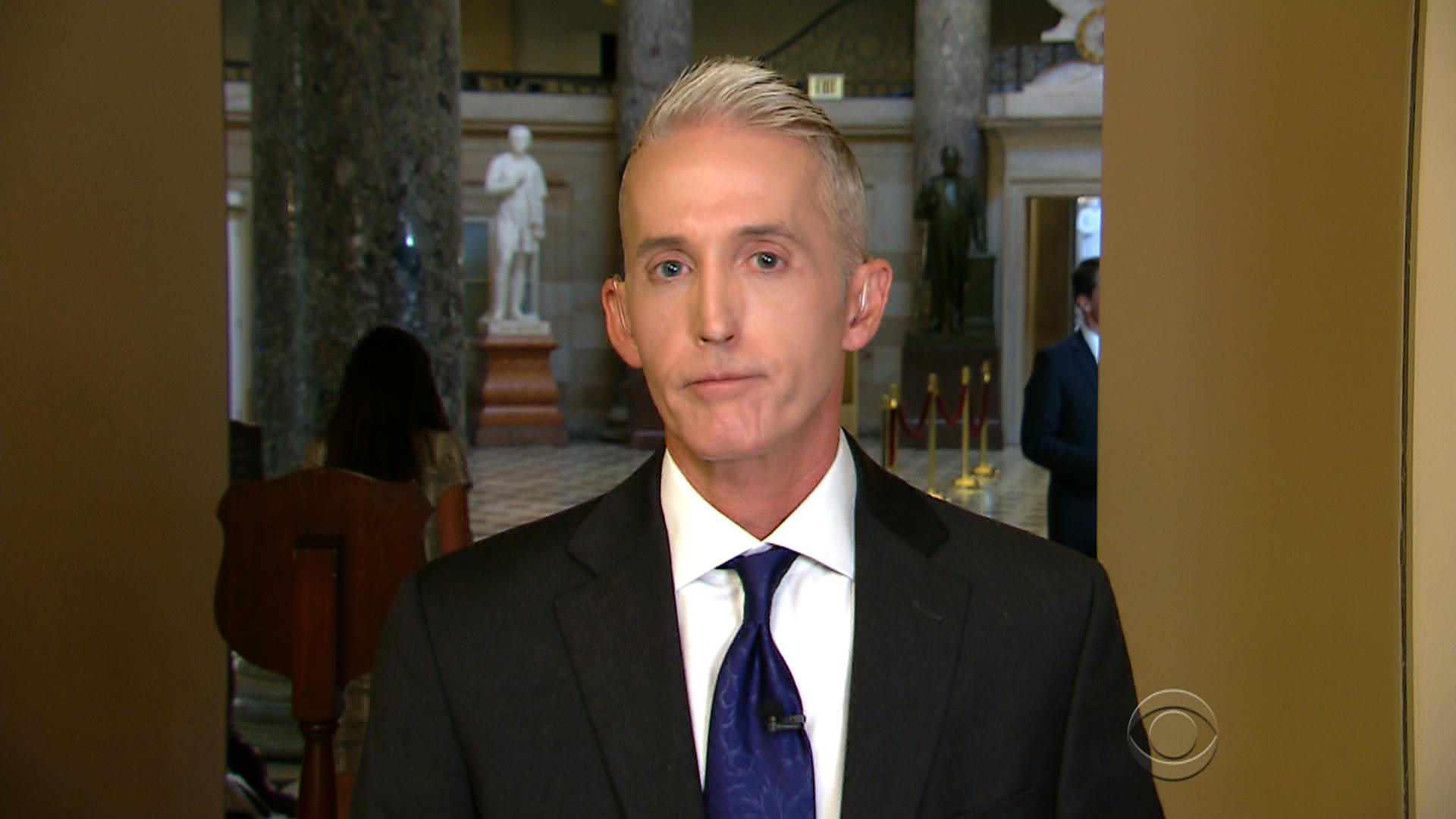 The Republican chairman of the House Oversight and Government Reform Committee says Trump officials need to disclose any and all contacts with Russia -- sooner rather than later.

"You should get everyone in a room, and from the moment you watched either 'Dr. Zhivago' or read 'Brothers Karamazov' to the point you had a shot of liquor with a guy in a furry hat, you need to disclose every contact you have ever had with Russia," Rep. Trey Gowdy, a Republican from South Carolina, said Wednesday on "CBS Evening News" when asked what he would say to the Trump administration.

"We're not going to have any more of these disclosures coming out on the front page of the newspaper," Gowdy said. "Go ahead and tell the special counsel every connection you've had. Get this behind us before Labor Day."

Gowdy was reacting to the recent disclosure of a June 2016 meeting between Donald Trump Jr., Paul Manafort, Jared Kushner and a Russian lawyer with ties to the Kremlin. On Tuesday, President Trump's eldest son released emails showing that the meeting's stated purpose was the disclosure of damaging information about Democratic nominee Hillary Clinton as part of the Russian government's support of then-candidate Donald Trump.

In an interview with Sean Hannity on Fox News Tuesday night, Donald Trump Jr. called the meeting "a waste of 20 minutes" and said the lawyer, Natalia Veselnitskaya, did not provide the Trump campaign with the promised information.

On Wednesday, Gowdy said he remains confident in the administration, but that the ongoing Russia probes by special counsel Robert Mueller and congressional investigators were distracting from the agenda of Republicans in Congress.

Gowdy, a former prosecutor, said the legal issues arising from the meeting between Veselnitskaya and Trump campaign officials stem from laws prohibiting actions of foreign nationals in campaigns.

"I think, potentially, there could be four or five different statutes impacted, most of which deal with whether or not you can solicit or receive anything of value from a foreign national," Gowdy said. "But Bob Mueller is an expert in criminal law, and I never was, and I certainly am not now, so I trust Bob Mueller to sort all that out."

Mueller's investigation now includes 16 attorneys hired to look into Russian interference in the 2016 race, which the U.S. intelligence community has determined was designed to help Mr. Trump win the presidency.

In an interview with Fox News on Tuesday, Gowdy criticized the Trump administration over what he called the "drip, drip, drip" of revelations related to the various Russia investigations.

"We've got to be the ones disclosing this," he told CBS News on Wednesday. "We can't have it uncovered by an investigative reporter."