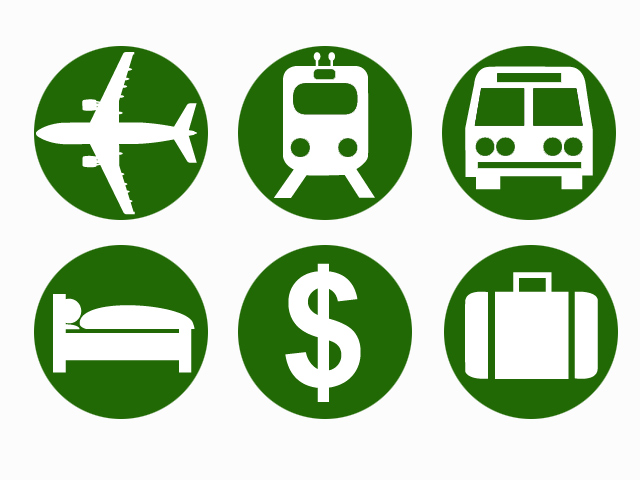 My iPad can make the plane crash. My credit card protects me with insurance if I crash my rental car. The X-ray machine at airport security checkpoints will erase my laptop's hard drive.

These are just some of the travel stories out there, and many of them are believable.

But CBS News travel editor Peter Greenberg says many are just myths, and he separated fact from fiction on "The Early Show" Friday:

My iPhone, BlackBerry, iPad or cell phone will crash the plane

Once and for all, do personal electronic devices interfere with a plane's navigation system? The basic answer is -- NO.

For years, it hasn't been exactly the Federal Aviation Administration, but the Federal Communications Commission that has banned the use of cell phones on domestic flights. Many people believe the thinking behind this ban is that phones and other portable electronic devices can give off signals that might affect aircraft communications, navigation, flight control and electronic equipment.

That's not the real reason: It's more about the way cell phones work and how they seek out cells to make a connection, but it is not a direct safety issue. (What IS a safety issue -- because of direct interference -- is the use of high-powered marine-band radios)

From 2003 to 2006, the FAA had an independent organization study electromagnetic interference from cell phones and Wi-Fi transmitters in laptops. The tests were inconclusive, so the organization couldn't support changing the current restriction on cell phones.

Other tests conducted by NASA, Britain's Civil Aviation Authority, Boeing and others also failed to come up with any conclusive evidence that linked mobile phones in flight and instrument problems.

But even if the FCC ever lifts its ban, FAA regulations mean an air carrier has to prove that a specific phone model won't interfere on each particular type of aircraft.

Bottom line: While I fully believe that cell phone use does not represent a safety issue, the rule is still in place, and you need to follow it.

And what about other electronic devices?

This is where it gets silly. Just last week, American Airlines announced that it had been given FAA approval to allow its pilots to use iPads in airplane cockpits. So what does THAT tell us?

How is it that we are not allowed to use OUR iPads while the plane is on the ground or under 10,000 feet, but pilots and crew are allowed to use theirs? What does this mean? Well, let's say the pilots' iPads are, on average, 3 feet away from the same highly-sensitive cockpit instruments the FAA is supposedly worried about with respect to interference from passenger units presumably being used much farther away on the plane.

The bottom line here: It's NOT about electronic interference, but about passengers paying attention during the critical takeoff and landing phases of a flight. But wait a minute -- the crew doesn't tell us to put down our newspapers, books, or magazines, right?

Once again, the danger of portable electronic devices is a myth. The reality: It's still a stupid rule about powering them off below 10,000 feet. And we still need to obey it.

Many credit card companies promote that, if you rent a car using their card, your rental car insurance is covered. As a result, a number of unsuspecting renters, who don't own a car and thus don't have insurance, think they are covered. Another myth.

Rule One: You have to use that card to rent the car. Second, many credit card companies offer something called "secondary insurance." And therein lies the problem: Secondary insurance ONLY kicks in when you've exhausted all the limits of your primary policy. And if you don't have a primary policy, then you are not covered at all.

Depending on the card or personal auto policy, you may not be covered for something called "loss of use." That's a fee levied by the car-rental company for the days a car is out of commission. Ask your auto insurance provider if you can add "non-ownership coverage," which would cover that loss-of-use fee, and may even lower your deductible if the car is damaged. Many policies are only effective for up to 15 days for domestic rentals, and 31 days internationally. Most personal auto insurance doesn't apply internationally, and with your credit card, there are often entire countries where it's null and void, including Ireland and Jamaica.

You can, however, damage your computer in the unlikely scenario of sending it through the metal detector or examining it with a metal wand. These detectors send out a strong magnetic pulse that can erase hard drives. The way metal detectors work is that they contain one or more inductor coils that interact with metallic elements on the ground. A pulsing current is applied to the coil, which creates an electromagnetic field that pulses back and forth into the ground. It interacts with any conductive objects it comes across, which causes them to generate their own weak magnetic fields. The metal object and the transmitter coil's polarities are opposite, which induces a signal to indicate the presence of metal.

Think your "all-inclusive" cruise means you can put your wallet away for a week? Think again. Not that long ago, what you paid for your cruise (exclusive of liquor) was what you paid. Not anymore. Consider cruise ships today to be nothing less than multiple floating revenue centers. Some cruise lines are now charging a flat fee for unlimited soda, and even a Wine and Dine deal that includes wine or champagne with your dinner. But the key to cruise ship profitability can be summed up in two words: onboard revenue. A new rule of thumb for budgeting your next cruise: Take the basic cruise fare and multiply it by 1.75. And that's what you'll pay per person.