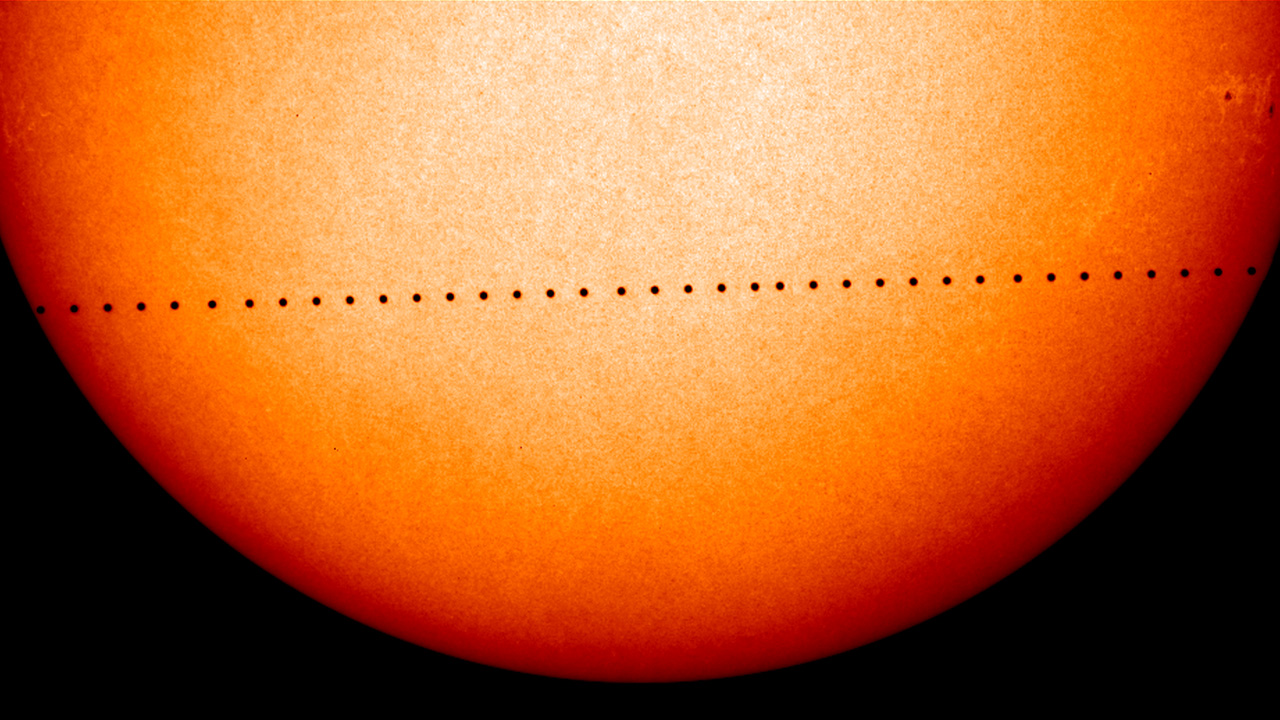 CAPE CANAVERAL, Fla. - Mercury has begun a relatively rare move across the sun.

The transit of Mercury got underway just after 7 a.m. on the east coast with the smallest planet appearing as a tiny black dot on the face of the sun. The transit will last for a total of about 7.5 hours. The last time solar-planetary ballet happened was 2006. It will happen again three years from now, but then not until 2032.

Mercury transits occur just 13 times per century, on average. They're so rare because the innermost planet's orbit is inclined by about 7 degrees compared to that of Earth, so Mercury, the sun and our home planet just don't line up all that often.

The entirety of Mercury's journey will be viewable to the eastern U.S. and Canada, as well as most of western Europe and South America.

To catch a glimpse, viewers need binoculars or telescopes with protective solar filters. Mercury's journey can also be seen via a livestream on NASA Television online as well as a website dedicated to the transit showing satellite imagery.

Mercury completes one lap around the sun every 88 days, so the little planet crosses the plane of Earth's orbit every 44 days -- once while moving "up" and again while coming back "down." These points of intersection are called nodes.

These nodes line up with the sun from Earth's point of view just twice per year, once in May and once in November. If Mercury happens to be at the node at either of these times, Earth observers see a transit. (All Mercury transits occur within a few days of May 8 and Nov. 10.)

Mercury's orbit is elliptical, so May transits and November transits are different beasts.

"During November transits, Mercury is near perihelion and exhibits a disk only 10 arcseconds in diameter," NASA officials wrote in a description of planetary transits, which are basically just mini-eclipses. (Perihelion refers to an orbiting planet's closest approach to the sun; aphelion is its most distant position from the star.)

"By comparison, the planet is near aphelion during May transits and appears 12 arcseconds across," the officials added. "However, the probability of a May transit is smaller by a factor of almost two. Mercury's slower orbital motion at aphelion makes it less likely to cross the node during the critical period."

Alec Baldwin's "Words with Friends" addiction gets him kicked off plane