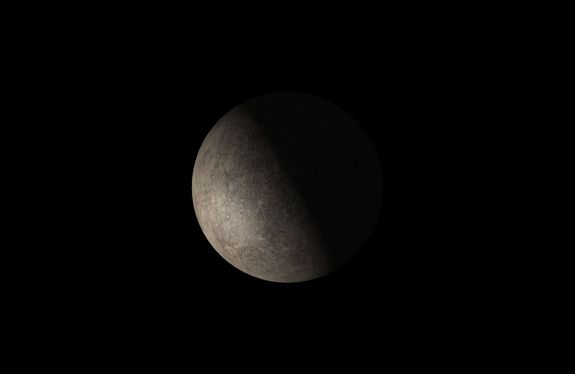 In case you haven't yet set your alarm clock to normally awaken you at, say 5:45 a.m., this is most definitely the time to do so. Over next three weeks, we're going to be treated to a show being staged in the eastern twilight skies by three bright planets: Jupiter, Mars and Venus. And the often hard-to-spot planet Mercury is joining the show, too.

Presently, Jupiter, Mars and Venus can be seen in the predawn sky stretched out in a diagonal line in that order, going from lower left to upper right. But the thing that is so fascinating is how these planets appear to change their positions relative to each other from one morning to the next.

In fact, in the coming days Jupiter seems intent on having separate meetings with two his companions. Come the morning of Friday, Oct. 17, Jupiter and Mars will be separated by less than 0.5 degrees (that's smaller than the apparent width of the moon). Between Oct. 22 and Oct. 29, we'll have a "summit meeting" of the three planets ... defined as a "trio" when they're within 5 degrees of each other. They'll be closest together on the Oct. 26, the very same morning where Jupiter has a close encounter with Venus; the pair forming a dazzling "double planet." [Sky Maps: The Best Night Sky Events of October 2015]

And if three bright planets aren't enough for you, how about we add a fourth to this celestial array? That's where the "elusive" planet Mercury comes in.

I think part of the reason that not many people have seen Mercury, is because many astronomy guidebooks give the impression that it's difficult, if not impossible to see. If you go into something with a defeatist attitude like that, well of course, you're not going see it. Here is a classic example:

"... Is hardly ever visible when it is truly dark. Mercury ... will be seen only near the horizon in dawn or twilight, amid haze and Sun glare. I suspect, in fact, that many people today (when the horizon is dirtier and the sky much hazier with the glare of artificial light than it was in centuries past) have never seen Mercury."

Nonetheless, from now through the end of this month, we will be presented with an excellent opportunity to view Mercury in the early morning dawn sky. Mercury is called an "inferior planet" because its orbit is nearer to the sun than the Earth's. Therefore, it always appears from our vantage point (as Dr. Asimov indicated) to be in the same general direction as the sun.

In old Roman legends, Mercury was the swift-footed messenger of the gods. The planet is well named for it is the closest planet to the sun and the swiftest of the sun's family, averaging about 30 miles per second; making its yearly journey in only 88 Earth days. [Mercury Quiz: Do You Really Know This Planet?]

Interestingly, the time it takes Mercury to rotate once on its axis is 59 days, so that all parts of its surface experiences periods of intense heat and extreme cold. Although its mean distance from the sun is only 36 million miles (58 million kilometers), Mercury experiences by far the greatest range of temperatures: nearly 900 degrees Fahrenheit (482 degrees Celsius) on its day side; minus 300 F (minus 184 C) on its night side.

In the pre-Christian era, this planet actually had two names, as it was not realized it could alternately appear on one side of the sun and then the other. Mercury was called Mercury when in the evening sky, but was known as Apollo when it appeared in the morning. It is said that Pythagoras, about the fifth century B.C., pointed out that they were one and the same.

Mercury rises before the sun all of this month and is surprisingly easy to see from now through Halloween. All you have to do is just look well below and to the left of our three other morning planets and above the eastern horizon during morning twilight, from about 30 to 45 minutes before sunrise for a bright yellowish-orange "star."

Scanning the eastern horizon with binoculars will make it easier, but you should have no problem getting a view of the pair with your unaided eyes.

It's at greatest elongation, 18-degrees to the west of the sun, on Oct. 16. With Mercury shining at a very bright magnitude of -0.6 (matching Canopus, the second brightest star in the sky), the planet will rise dawn breaks. It will be Mercury's best morning apparition of 2015.

Mercury, like Venus, appears to go through phases like the moon. When October began, Mercury was much dimmer because it was just a skinny crescent. But now the amount of its surface illuminated by the sun will continue to rapidly increase in the days to come. So although it will begin to turn back toward the sun's vicinity after Oct. 16, it will continue to brighten steadily, which should help keep it in easy view over the next couple of weeks.

By Oct. 30, Mercury will have brightened to magnitude -1.0, surpassing the brilliance of every star in the sky with the exception of Sirius (the brightest of all stars). Also on Oct. 30, Mercury will appear side-by-side with the bluish first magnitude star Spica, in Virgo. Spica, however, will be only appear about one-sixth as bright as Mercury, so you'll probably need binoculars to spot it.

Joe Rao serves as an instructor and guest lecturer at New York's Hayden Planetarium. He writes about astronomy for Natural History magazine, the Farmer's Almanac and other publications, and he is also an on-camera meteorologist for News 12 Westchester, N.Y.Follow us @Spacedotcom, Facebook and Google+. Original article on Space.com.