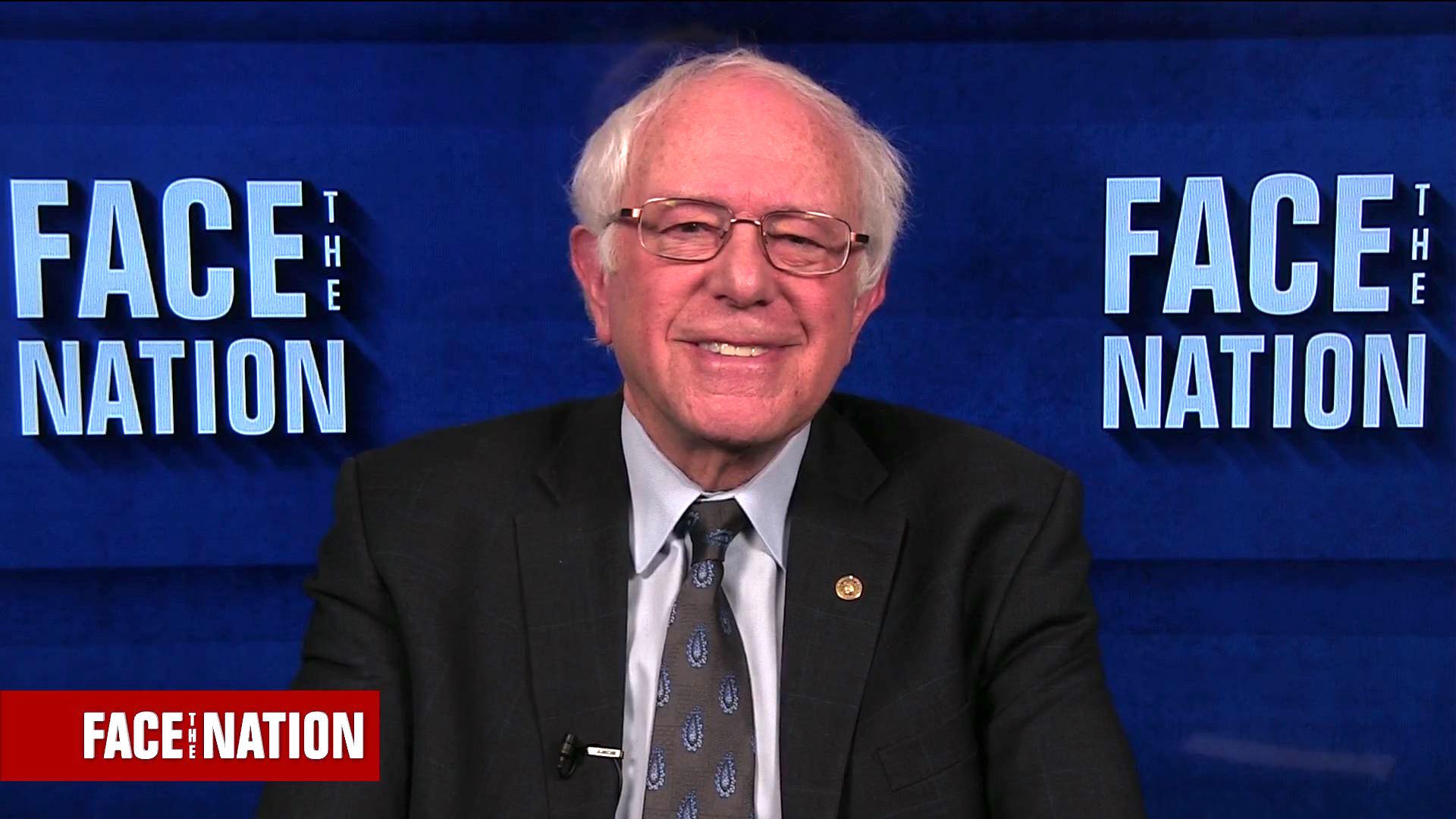 President Trump's immigration proposal was criticized by both the left and the right this week after the White House previewed the administration's priorities in any immigration deal. The framework calls for protections for 1.8 million "Dreamers" in exchange for cuts in legal immigration and increased spending on border security.

Independent Sen. Bernie Sanders of Vermont joined us to discuss his thoughts on the president's immigration proposal and what kind of bill he could support.

The following is a transcript of the interview with Sanders that aired Sunday, Jan. 28, 2018, on "Face the Nation."

NANCY CORDES: And joining us now Vermont Independent Senator Bernie Sanders. He is in Burlington, Vermont this morning. Senator Sanders, thank you so much for being with us.

NANCY CORDES: I'd like to get your take on the White House immigration proposal and specifically these dramatic restrictions to family-based migration and the end of the visa lottery. Can you live with these changes in exchange for protecting the DACA population?

BERNIE SANDERS: Well, I have concerns about aspects of those proposals. Serious concerns. I think, Nancy, that the focus right now has got to be to do what the American people want us to do. And poll after poll shows that 80% or more of the American people understand that we have got to restore the legal status that Trump took away from 800,000 young Dreamers, people who came to this country when they were two or three years of age. And we cannot let them be put in a position where they're subjected to deportation. So the main focus to my mind has got to be to make sure that Dreamers have legal status and a path toward citizenship. I think we also--

NANCY CORDES: Senator, the political reality is that Congress is run by Democrats. At some point do you have to say a bad deal on Dreamers is better than no deal on Dreamers?

BERNIE SANDERS: Well, I think for my mind, and I speak only for myself, where the bad part comes is the idea of a wall, which I thought was a great idea in the 15th century when China built the Great Wall. Not so smart today when we have technology that is much more effective and- and more cost effective in terms of protecting the border.

So I think you're going to see a lot of debate about how much money we should spend on border security. But I would also say, Nancy, that the issue that we're dealing with is not just about DACA. It is about the fact that we're four years into a fiscal year. Republicans have still not given us an annual budget. Enormous issues out there. Issues like decent funding for the Community Health Center program.

27 million people get their healthcare through community health centers. Not been reauthorized. V.A. has 30,000 vacancies. Veterans not getting the care that they need. Social Security Administration not providing services to the elderly or the disabled. Student debt in this country. We have enormous issues which we have got to address. DACA is one of them, but there are other important issues as well.

NANCY CORDES: And, senator, obviously I said Congress is run by Democrats. We both know it's run by Republicans.

NANCY CORDES: You're painfully aware of that. Speaking of fiscal responsibility though, what do you think your party got out of that three-day shutdown? Was it a good strategy?

BERNIE SANDERS: Yes. I think from a moral perspective it was the right thing to do. And that is to say to these 800,000 young people, we are not going to allow them to be subjected to deportation. As Senator Collins just said, many of them came to this country when they were two or three years of age.

They didn't even know that they were not American citizens. So we have got to stand with these young people. The other thing, Nancy, is we received information from the Department of Defense a few weeks ago. And they said, this is Department of Defense, "We cannot run our operations. We cannot do long-term planning without an annual budget."

NANCY CORDES: Senator, the president is giving his first State of the Union address this week. And polls show that his biggest achievement so far, the tax cuts, are now gaining in popularity as some of these big companies hand out thousand-dollar bonuses. Are you glad that these people have more money in their pockets?

BERNIE SANDERS: Are we having a technical issue here?

NANCY CORDES: Senator, can you hear me? All right. It appears that we have lost our audio connection with Senator Sanders. We'll take a commercial break, and we'll be right back.

NANCY CORDES: And we're back with Senator Sanders. Glad we got that connection reestablished. Senator, I was asking you about the president's State of the Union and the fact that his biggest achievement so far, the tax cuts, are gaining in popularity as some of these big companies hand out thousand-dollar bonuses. Do you think that the public should be pleased that workers are getting another thousand dollars in their pockets?

BERNIE SANDERS: Well, sure. Everybody should be pleased when any worker gets a raise. But what we should also understand, that that tax proposal will add $1.4 trillion to the deficit. And at the end of 10 years 84% of the tax benefits will go to the top 1%. And Nancy, at a time of massive income and wealth inequality billionaires and large multinational corporations do not need tax breaks. It is the middle class and working families of this country who do.

NANCY CORDES: Senator, you met last weekend with all of your top advisors. And one of the main things that you discussed was a possible repeat bid for president in 2020. So is there any big news you'd like to break here on Face the Nation?

BERNIE SANDERS: I'm sorry. There is no big news. You know, I talk to my co- my coworkers, political advisors every other week, every week. We do it by telephone. Occasionally we get together. So I'm afraid to say it was not a big deal. But--

NANCY CORDES: It sounds like it's something of a big deal. Your own son Levi tweeted, "Bernard is seriously contemplating a run in 2020. And I don't mean a jog."

BERNIE SANDERS: Well, I love my son very much, but he is not aware of all of the things we're doing. Really right now what our focus is is on 2018. It's making- doing everything that we can to see that the Democrats regain control of the Senate, and the house, and some governors' chairs as well.

NANCY CORDES: If you were to run again, what would you do differently?

BERNIE SANDERS: I don't want to speculate about 2020. You know, Nancy, the American people are deeply concerned about the decline of the American middle class. We're the only major country on earth not to guarantee health care to all people. Everything being equal, our kids are going to have a lower standard of living than we do. We need to make public colleges and universities tuition free.

What we need to do as a nation, whether I run or no matter who runs, is revitalize American democracy and create a government that actually works for working people and not just for billionaire campaign contributors. So there are enormous problems facing this country. Whoever runs for president has got to focus on the needs of workers, be prepared to stand up to the 1%, and create an economy that in the wealthiest nation in the history of the world addresses the issues of poverty, and health care, and education.

NANCY CORDES: Well, we'll stay tuned for your decision. Senator Bernie Sanders of Vermont, thank you so much for joining us this morning.

BERNIE SANDERS: Thank you very much.