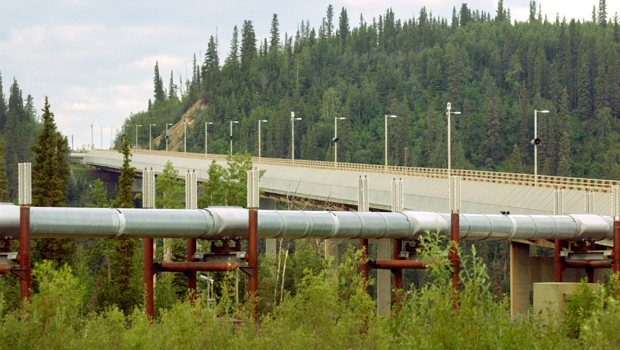 Alyeska Pipeline Service Company spokeswoman Michelle Egan told the station the fire started around 2:30 p.m. at pump station five, which is located near Coldfoot in the Interior. She said an employee saw flames coming from a pressure vacuum vent that allows vapors to escape off a crude oil tank.

Within minutes, the pump station was isolated and the oil supply cut off, according to Egan. The company was observing the tank, and flames continued to come from the vent intermittently. Egan said it was too dangerous to send anyone up close to the flames.

All employees at the pump station were evacuated, and no injuries were reported.

Alyeska was working on a plan to restart the pipeline, Egan said. The pipeline is not shut down very often. When it is, it's because of things like power outages, so the company is able to get the pipeline back up and running fairly quickly, she said.