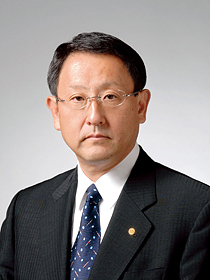 When Toyota Motor halted sales of eight models in the United States because of potentially fatal sudden acceleration problems, industry pundits were quick to cite Toyota's rapid expansion into the States as the key culprit. Toyota established factories in five U.S. states in the late 1980s, but about five years ago it began ramping up production and making big expansion plans as a way to meet soaring demand and, ultimately, to grab the title of world's largest automaker from General Motors. This strategy — which spread its U.S. manufacturing operations across several states — was a clear break from Toyota's practice of concentrating its suppliers and plants in a narrow geographic area to allow better control. Because of its hasty ambition, Toyota developed a problem coordinating just-in-time arrivals from its suppliers and maintaining deep technical ties with those suppliers.

But that's only part of the story. The roots of Toyota's problems — and there are several — run much deeper. They include:

The lines of control of Toyota’s U.S. operations were murky. During most of Toyota’s expansion into America, the company’s California-based sales division and its Kentucky-based manufacturing division reported back to Japan, independent of each other. For a few years, the company’s top-ranking U.S. exec, James E. Press, was able to establish Toyota Motor North America in New York as the de facto headquarters in charge of all U.S. operations. He even rose to become the only American on Toyota’s board of directors in Japan. But Press quit in 2007 to join Chrysler and he was replaced by a series of Japanese executives with less clout. With Press’ departure, Toyota lost its key bridge between management in Japan and various U.S. constituencies — and its ability to respond rapidly when crises hit.

Another underlying problem is cultural. Toyota is a secretive and non-communicative organization. American insiders joke that working for the company is like working for the Central Intelligence Agency, where information is shared only on a “need to know” basis, confides one American employee. And long a scrappy underdog to General Motors and Ford Motor, Toyota developed a sense of cockiness in the past two or three years as it began to surpass its American rivals in global sales. The company did not need rebates to sell its vehicles. Consumer Reports gave the brand high praise. Toyota did not believe it needed a strong public relations effort. The company thus failed to recognize that the pressures on the No. 1 player in any market are far more intense than the pressures on No. 2 and No. 3.

For years, the company has been led by a series of world-class professional managers. Then last summer, Akio Toyoda, 53, grandson of the company’s founder, took charge as chief executive and some insiders did not think he was ready, say some auto industry watchers in Japan. They were right.

When he took the job, Toyoda told the world that he would practice “genchi genbutsu,” which translates roughly as “management by walking around” or “going to where the problem is.” But when the safety flap came to light, he remained silent and even attended the annual gathering of world leaders in Davos, Switzerland. American crisis response experts were flabbergasted. “What is he doing in Davos anyway?” Paul A. Argenti, a professor of corporate communications at Dartmouth’s business school was quoted as saying in The New York Times. “If you’ve got a crisis of this magnitude, you get on a plane and you go to the scene of the problem.” Instead, day-to-day management of the controversy was delegated to James E. Lenz III, head of Toyota Motor Sales.

One of the biggest mysteries is this: Why hasn’t Toyota still not gotten to the bottom of what went wrong? The company is famous for inventing the practice of asking “the five whys.” This was a rigorous methodology that permeated the company’s culture: If a car had a problem, why? Was it a supplier? If so, why did the supplier have a problem? And so on. This practice for decades has allowed Toyota to respond to problems better and faster than General Motors and Ford.

Toyota’s problem-solving mechanism clearly broke down. The company revealed as much in the series of explanations it released. Initially, Toyota announced the floor mats were the problem. Then it was the gas pedals, which were made by an Indiana-based supplier and thus limited the problem only to U.S.-made cars. But that story didn’t hold up because of a well-publicized case involving a Lexus in California in which four people died — and that vehicle was made in Japan. Then in early February, problems developed with the Prius hybrid and its brakes in both the U.S. and Japan. Toyota described it as a software issue.

Now it seems the underlying problem involves the software and the computerized controls governing acceleration and braking in many Toyota vehicles. No one knows for sure but this series of problems could take months to reformulate. New safeguards may have to be put in place. It will not be a quick fix, as Toyota originally suggested.

CEO Toyoda has only compounded the crisis. When he finally held a press conference in Japan to apologize, he pointedly did not make a deep bow to demonstrate regret. In Japanese cultural terms, Toyoda’s bow was perfunctory. Moreover, his proposed solution — to create a global quality committee and seek advice from outside experts to evaluate Toyota’s operations fell spectacularly flat. He did not appear to understand what had gone wrong inside his own company, much less have a concrete way to address it.

Toyota used to have a reputation for quickly correcting mistakes. It first introduced a vehicle nicknamed the Toyopet in the U.S. in 1957. It was laughed out of the market because of its ungainly design and small size. But by 1959, Toyota was back and it executed flawlessly in the United States for 50 years, even introducing the luxury Lexus brand, which beat Mercedes, BMW and Cadillac in total sales.

Now it faces class-action lawsuits and intense scrutiny from Congress and officials at the National Highway Traffic Safety Administration. The tone is reminiscent of the Big Tobacco hearings more than a decade ago: What did Toyota know and when did it know it? There’s no question that Toyota’s reputation has been badly damaged. The only question now is how long it will take to recover.

William J. Holstein has been following Toyota since 1985. He published “The Japanese Power Game” in 1990. His most recent book was, “Why GM Matters: Inside The Race To Transform an American Icon.”