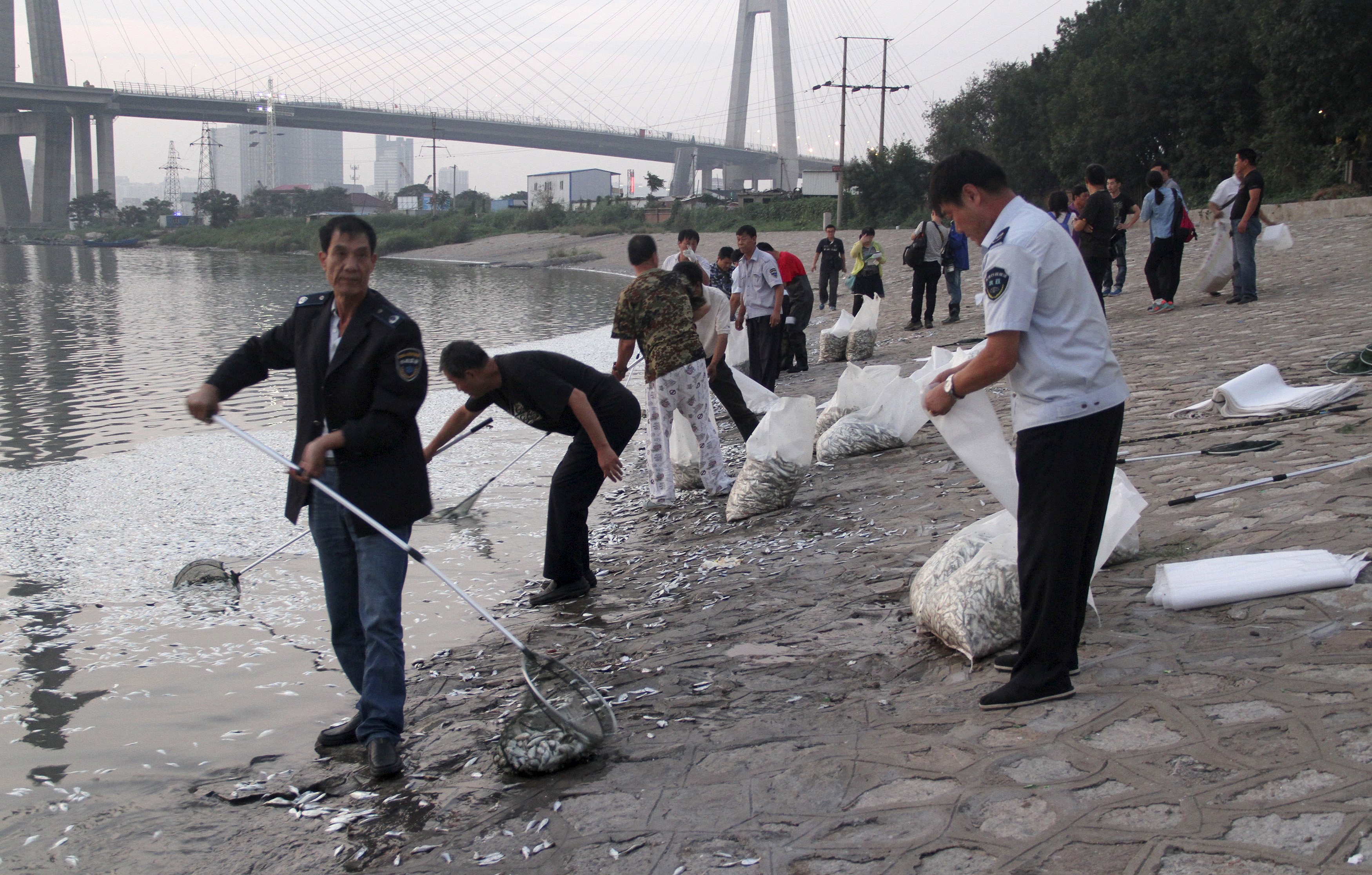 TIANJIN, China -- High levels of toxic chemicals remained inside the core area in the Chinese city of Tianjin on Friday, more than a week after a massive warehouse explosion that killed at least 116.

Technicians have detected levels of cyanide as much as 356 times the national safe level within the evacuated area, although levels outside the zone show no undue contamination, according to state media reports.

Workers in protective suits have already started clearing wreckage, including charred car bodies and crumpled shipping containers, from the site of a chemical warehouse that exploded.

Officials have ordered nationwide checks on dangerous materials, and the Chinese military said it was inspecting storage measures for weapons, ammunition and fuel, as well as chemical, explosive and toxic materials, the official newspaper People's Liberation Army Daily reported.

Training in the handling of such materials and in executing emergency response plans will also be stepped up, the newspaper said.

Driving home the importance of such efforts, President Xi Jinping and other top leaders gathered in Beijing to hear a report on progress in investigating the disaster.

Safety work needs to be improved and attitudes need to change to "contain the outbreak of major accidents, bring about a fundamental improvement in industrial safety and safeguard the lives and property of the masses of the people," the statement read.

Along with safety violations, official corruption was added as a contributing cause of the Aug. 12 disaster in the port city of Tianjin following revelations Wednesday that the son of a former police chief, one of two silent owners of the warehouse, used his connections to help obtain licenses despite safety violations.

The other owner is a former executive at a state-owned chemical company who also used his connections to smooth the way for approval for the facility run by Ruihai International Logistics, according to the state-run Xinhua News Agency.

The explosions that rocked the port city of Tianjin were among China's worst industrial accidents in recent years and the deadliest on record for the country's firefighters, who accounted for 102 of the 179 total dead and missing. Authorities say almost 700 people remain hospitalized, while 30,000 people in and around the area have had their lives turned upside down by the disaster.

A key question is why the warehouse was able to store toxic chemicals, including sodium cyanide, ammonium nitrate and potassium nitrate, even though it was located less than the required 1,000 meters (yards) from homes and public roads - a clear violation of state safety rules.

One explanation offered by the silent owners, identified as former SinoChem executive Yu Xuewei and the late Tianjin port police chief's son, Dong Shexuan, is that they shopped around until they found a licensed safety inspection company that would give its approval.

The two are among at least 10 people reportedly taken into custody, including top officials of the warehouse's management company.