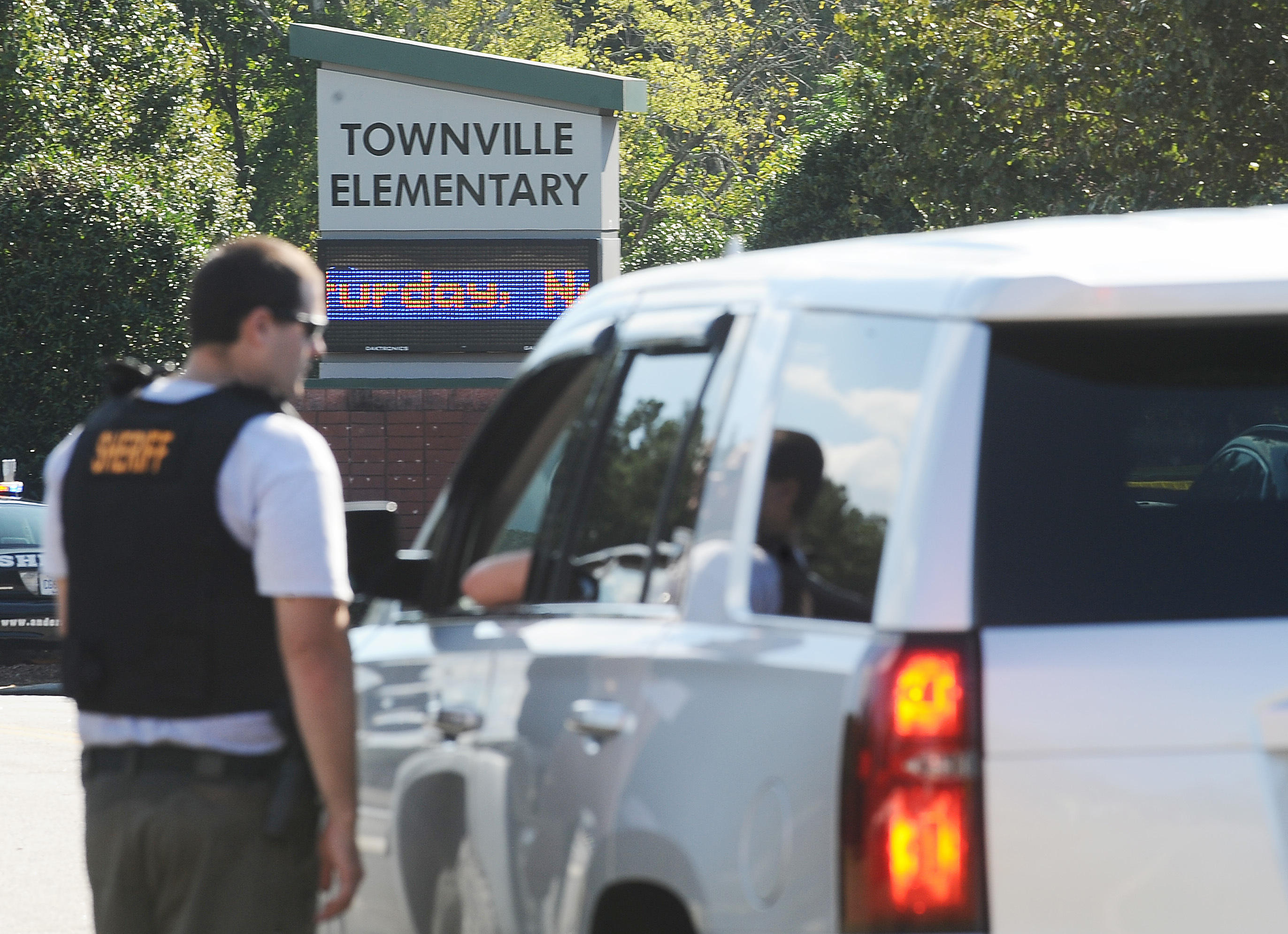 TOWNVILLE, S.C. -- A third student who was injured in a South Carolina school shooting did not need medical attention, authorities said Tuesday.

The child was on the playground at Townville Elementary last Wednesday when a 14-year-old boy opened fire. The child’s minor injuries were discovered during the investigation, said Anderson County Sheriff’s Lt. Sheila Cole.

Authorities have given no other details about the student or injury.

Solicitor Chrissy Adams issued a news release Monday evening noting for the first time that a third child was injured and that consequently she had added another attempted-murder charge against the teen.

The juvenile now faces two murder charges for the shooting. He is accused of fatally shooting his father at their home before driving a pickup truck about three miles to the school, where he allegedly shot three people, including 6-year-old Jacob Hall, who died Saturday.

Authorities say the teen shot at a back door as a class left for recess, hitting Jacob, a classmate and a first-grade teacher.

The teacher, shot in the shoulder, and a student shot in the foot were treated and released the day of the shooting. The teen faces two attempted-murder charges for those injuries. He is charged as a juvenile, and Adams has not said whether she will seek to try him as an adult.

The Associated Press generally does not identify juveniles charged with crimes.

Visitation for Jacob is set for 5 p.m. to 9 p.m. Tuesday at Oakdale Baptist Church in Townville. The funeral is 11 a.m. Wednesday at the church, which can hold about 500 people. Church leaders say a gym and youth building can accommodate several hundred more.

The family has encouraged attendees to dress as superheroes, to celebrate Jacob’s life.

Family members say Jacob told them he was out saving Townville while other people slept.

“He always wanted to be a superhero,” his great-aunt, Rebecca Hunnicutt, told the Anderson Independent Mail. “Until we stand before God, we will not know why he was taken from us. But I have to believe that Jacob’s life will send a message about how important it is to love and protect our children, whether they are white, black, green, Hispanic or Asian. Now, Jacob isn’t just saving Townville. He’s doing things for the world.”

The elementary school was expected to re-open for classes on Thursday with additional law enforcement presence, Avery said in a statement.

School superintendent Joanne Avery announced that a moment of silence would be held at other district schools on Wednesday at 1:42 p.m., marking one week since the shootings. The schools in the district were also planning a “Superhero Day” in Jacob Hall’s honor.

“We want our children to feel safe but we don’t want the additional police presence to scare them,” Avery said. “We are attempting to find a healthy balance.”