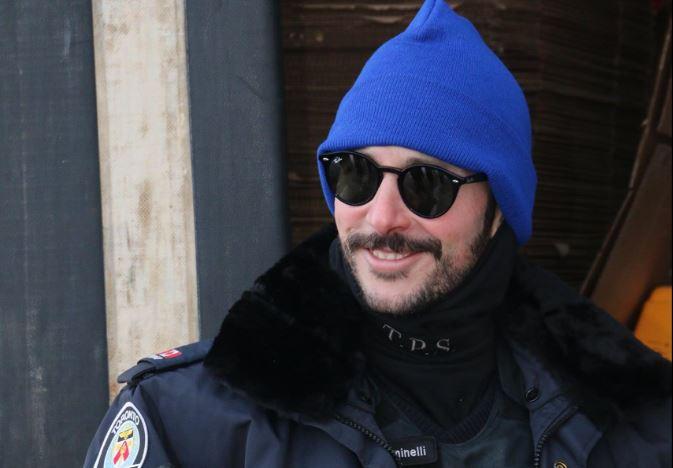 Two police officers in Toronto, Canada, have been suspended after allegedly eating marijuana edibles on duty and suffering so badly from its effects that they called for backup, on themselves.

Police sources told CBS News partner network CBC News that the two officers started complaining of "hallucinations" and that one subsequently called another officer for assistance. Arriving officers found their colleagues in their police vehicle and brought them to a hospital for treatment.

CBC reports that a female officer responding to the call for help slipped on the icy ground as she arrived and had to be taken for medical attention herself with a head injury.

Both of the officers, who may have acquired the marijuana edibles during an earlier raid, were under investigation by the Toronto police's professional standards unit following the Sunday incident, CBC quoted police spokesman Mark Pugash as saying. No charges have been filed against the officers pending the results of the investigation.

One of the two officers involved has become well known as a social media installation in Toronto, often posting videos of himself dancing along to music in uniform. CBC said that, as of Tuesday, Constable Vittorio Dominelli's Twitter feed had been switched to private, and his other social media accounts wiped clean.

Associate professor of psychiatry and behavioural sciences Ryan Vandrey told the Canadian network that he's seen the evidence himself.

He said edibles, just like any other form of marijuana, can cause hallucinations, but it all comes down to dosage. A common perception that edibles are a stronger form of the drug, "comes from the fact that people have a tendency to eat more than they would smoke or vaporize."

"When you eat it, it usually takes a lot longer for the effects to have an onset and the effects last longer," Vandrey noted.