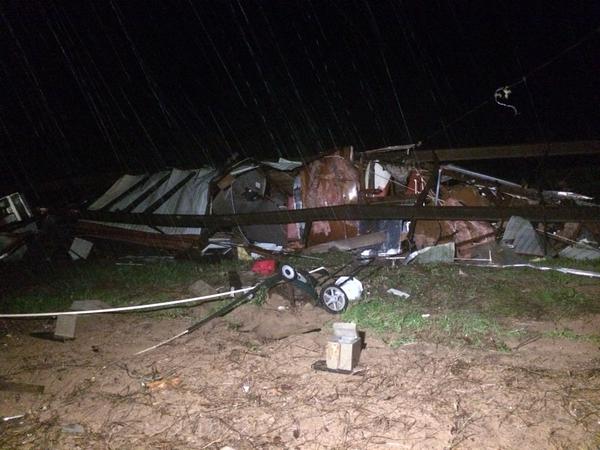 MERIDIAN, Miss. -- High winds and heavy rains pelted parts of Mississippi on Saturday, downing trees and power lines and damaging homes in some areas as severe weather dragged across the South.

"Thankfully, in all of this, there are no injuries reported anywhere," said Greg Flynn of Mississippi's Emergency Management Agency.

Tornado and flood watches and warnings were issued throughout much of the day in Mississippi and neighboring Louisiana. There were at least two confirmed tornadoes reported by the National Weather Service in Jackson.

Flynn said heavy rains were a continued worry. The National Weather Service posted flash flood watches throughout much of south and central Mississippi.