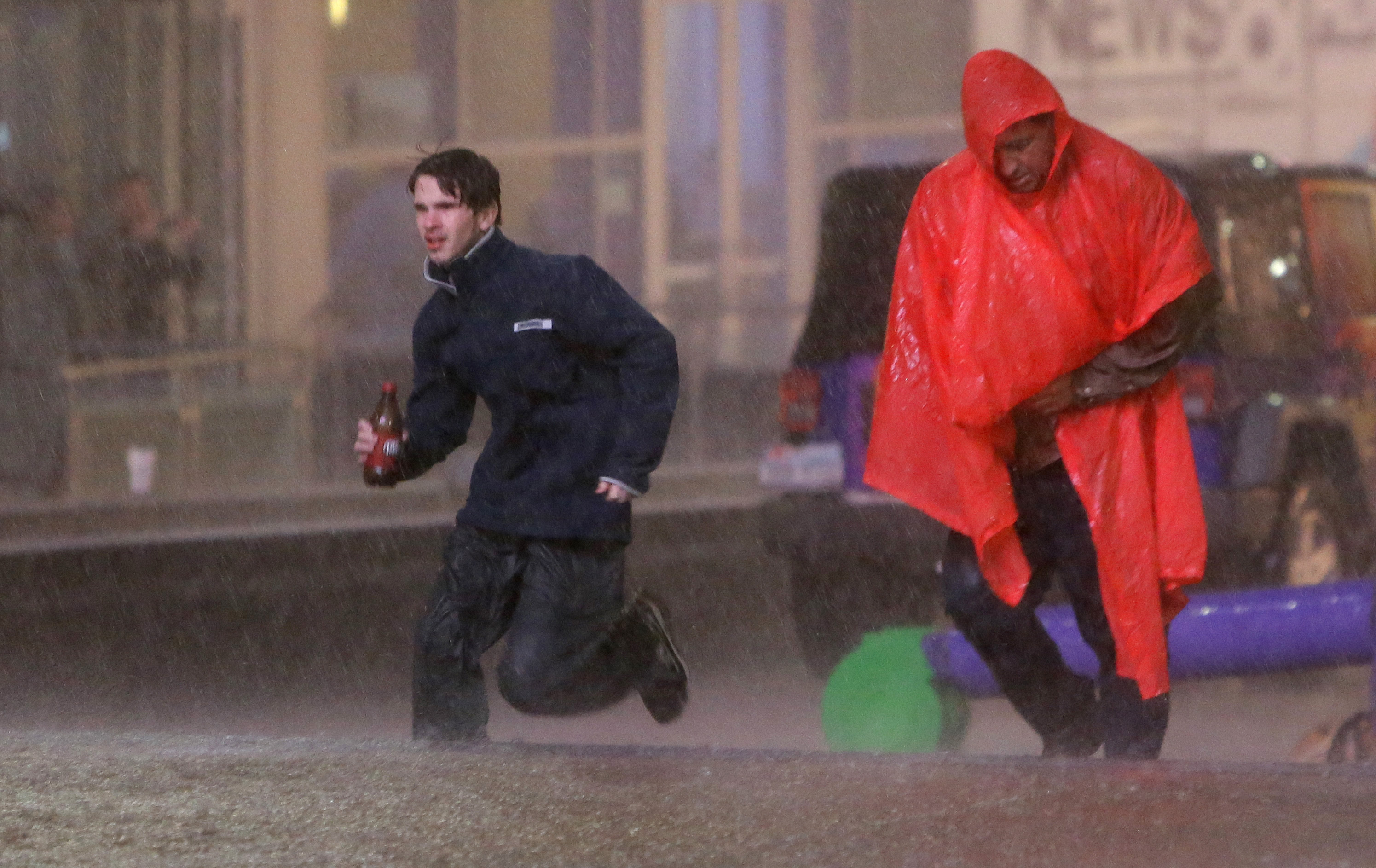 DALLAS, Texas -- Eight people have been confirmed dead after storms and tornadoes ripped through North Texas on Saturday, reports CBS Dallas-Fort Worth.

Five people are confirmed killed in vehicle accidents near the intersection of two major highways in Garland, east of Dallas.

Around 10:30 p.m. Saturday, City of Garland spokesman Dan Bach said five people in the city had been confirmed dead following the storms, reports CBS Dallas-Fort Worth.

Three people have been confirmed dead in Collin County, according to Chris Havey with the Collin County Sheriff's Office. An infant died in Blue Ridge, and two died in Copeville. All three deaths are related to the storms.

The emergency manager for a county south of Dallas says some homes have been destroyed and damaged during a fierce storm that spawned tornadoes in the area.

National Weather Service Meteorologist Anthony Bain in Fort Worth said two or possibly three tornadoes touched down in the Dallas area although the full extent of damage would not be known until daylight Sunday.

Stephanie Parker is the emergency manager for Ellis County, which is about 30 miles south of Dallas. She posted on twitter: "We have destroyed and damaged homes. Please do not get out on the roads if you do not have to."

An official with the Dallas County Sheriff's office says deputies are responding to damages caused by a tornado east of Dallas, including a trailer park ablaze.

Spokeswoman Melinda Urbina said while several emergency teams had been dispatched to Sunnyvale, just east of the Dallas city limits, following reports of trailers on fire and possible injuries in a mobile home park.

Urbina said the extent of the damage was still uncertain but that nearby roads had been shut due to debris and that the damage to the homes was likely extensive enough to render some "inhabitable." The Red Cross was also responding to the scene, she said, and trees were down.

CBS Dallas-Fort Worth Storm Chasers spotted a tornado that touched down in the DeSoto/Glenn Heights area, damaging at least two mobile home and a church in the area.

In the panhandle area of Texas and Oklahoma, residents are hunkered down for what the National Weather Service is calling a "historic blizzard." Some parts of the region could see as many as 14 inches of snow, with sub-zero wind chills and accumulating ice. The storm is expected to begin Saturday night.

The death toll in the Southeast climbed to 18 on Saturday after less than a week of tumultuous weather -- unusual warmth, tornadoes and torrential downpours -- sparked flooding and caused damage that wreaked havoc during the Christmas holiday.

Two deaths attributable to weather were reported Saturday in Mississippi: two people who have been missing since Wednesday, bringing that state's death toll to 10. Late Saturday, one death was reported in Alabama.

In Alabama, Gov. Robert Bentley on Saturday visited weather-damaged areas in Coffee County. A statement from the governor's office said that about 190 roads across Alabama were closed due to flooding.

Authorities on Saturday recovered the body of a 5-year-old boy who drowned after the car he was riding in was submerged by floodwaters on Friday, said Coffee County Coroner Robert Preachers. The search is ongoing for a 22-year-old man who was also in the car.

The National Weather Service in Huntsville warned residents to avoid driving in areas where flooding was expected.

A flood warning was in effect late Saturday afternoon for parts of northern Alabama.

A tornado touched down in Birmingham on Friday evening, but damage was limited.