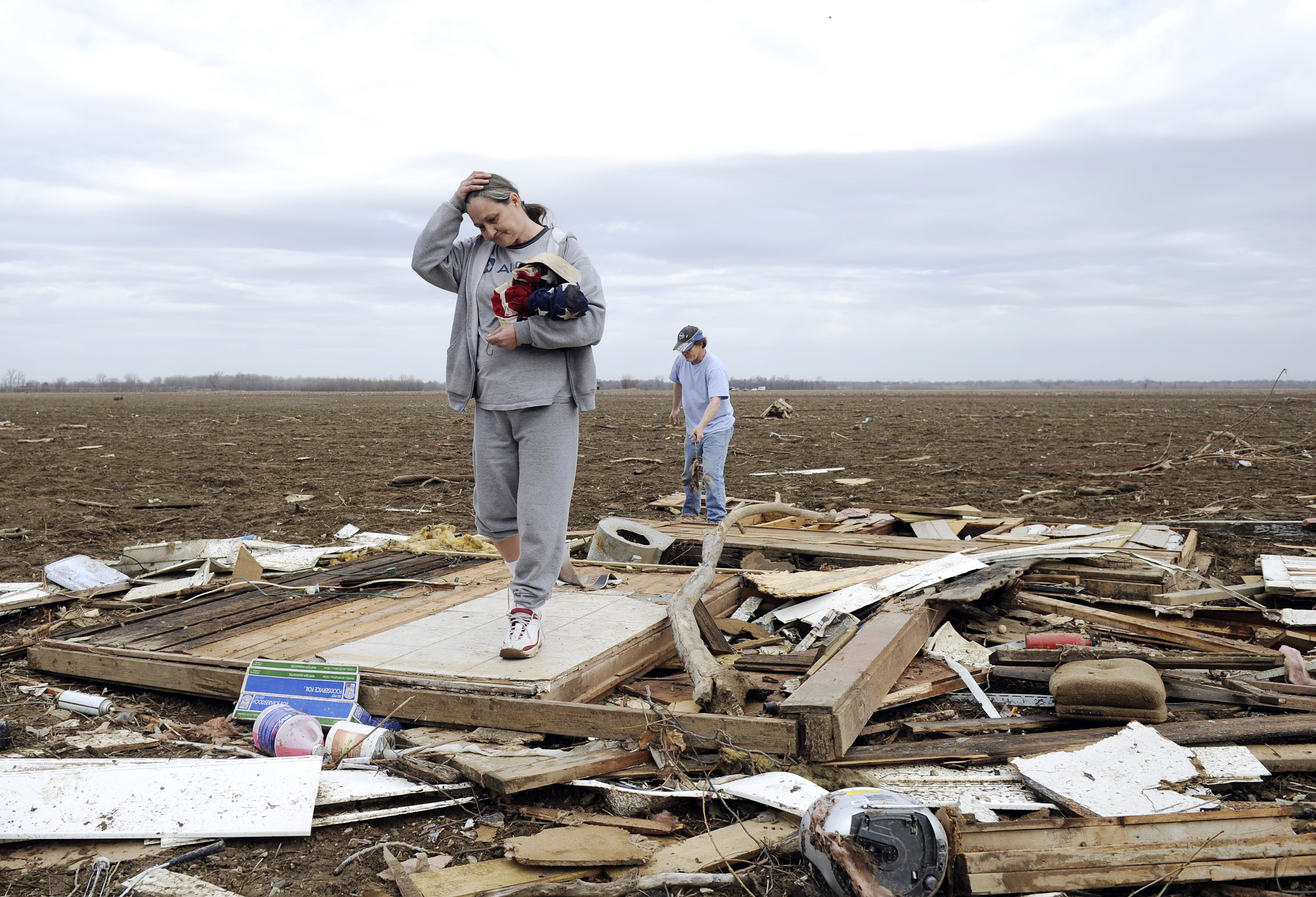 (CBS News) Residents in the Midwest and South have barely begun the cleanup, and already, another violent system may be headed their way. The storm has the potential to spawn more deadly tornadoes.

The biggest threat is in Ohio, Indiana, Kentucky and Tennessee.

Melissa Clark and her family scrambled to salvage their belongings Thursday while the skies were still clear.

A tornado tore through her home in Hodgenville, Ky., Wednesday, sucking up almost everything with it. The system was part of the same string of killer tornadoes that roared across the Midwest and South.

Clark wasn't home at the time. But she's pregnant and the ordeal is taking its toll.

"We're having a baby in eight weeks, so you know to not have a home to bring him home to, it's pretty stressful," Clark said.

The storm on Friday is threatening to unleash even more devastation with potentially stronger twisters.

But at Jennifer Mayfield's house, there's not much left to destroy.

"If (the storm) levels (the house) it's OK," Mayfield said. "It's probably less that I'll have to pay for cleanup."

Mayfield collected what she could Thursday with help from her church friends. She says she feels blessed she lived through Wednesday's storms.

Forecasters are especially worried about what this round of storms will bring late Friday into early Saturday morning. Experts say nighttime tornadoes are more likely to be deadly than daytime ones.

For Elaine Quijano's full report, watch the video in the player above.