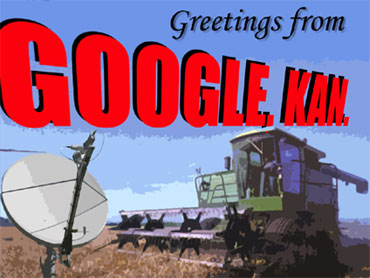 Topeka's mayor says the city shall temporarily be referred to as "Google, Kansas - the capital city of fiber optics," in an effort to persuade the Internet giant to test an ultra-fast connection in the state capital.

Bunten says the proclamation is mainly for fun, but that he hopes it will set Topeka apart from other cities vying for Google's fiber optics experiment, including Grand Rapids, Mich., and Baton Rouge, La.

City attorney Jackie Williams says Topeka cannot legally be temporarily renamed, but that the proclamation asking for it to be referred to as "Google" was OK.

According to Jim Ogle, general manager of CBS Affiliate WIBW, Topeka's mayor in 1998, Joan Wagnon, had similarly issued a proclamation temporarily changing the name of the city to "ToPikachu," in honor of Pokemon.