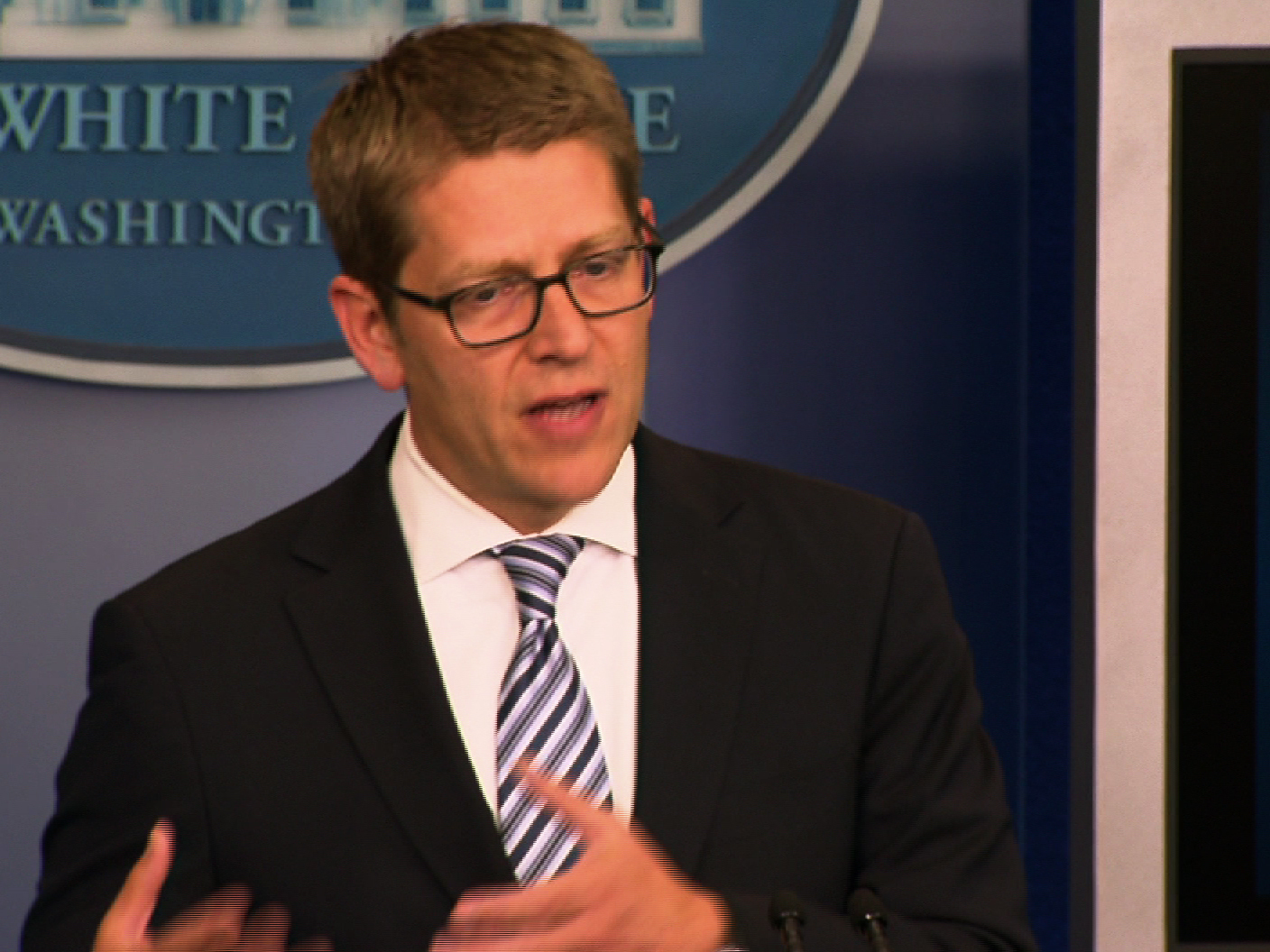 A handful of top White House aides, including Chief of Staff Denis McDonough, were aware last month that the Internal Revenue Service was under investigation for questionable and possibly discriminatory practices, White House Press Secretary Jay Carney told reporters Monday, but those officials did not inform President Obama of their knowledge.

In a press briefing, Carney discussed the sequence by which various Obama administration officials - including the president - learned about a Treasury inspector general's report on possible wrongdoing at the IRS. That report, released last week, showed that the agency was targeting for particular scrutiny conservative and tea party-affiliated groups applying for tax-exempt status.

Mr. Obama learned of the report's existence in the press on May 10, Carney said Monday, affirming what Mr. Obama has said in the past, and Carney said he, too, found out on that date. But he also said that White House counsel Kathy Ruemmler was informed on April 24 that  the Inspector General for Tax Administration was completing a report about line IRS employees improperly scrutinizing what are known as 501c4 organizations by using words such as "tea party" and "patriot," and that she subsequently informed McDonough and "some other members of senior staff" of the report.

"The White House counsel informed the chief of staff and other members of the senior staff," Carney said. "At no time did anyone on the White House staff intervene with the IRS inspector general audit."

Carney declined to name those additional senior staffers who learned of the report, but he did acknowledge that those who did had "discussions" and "conversations" about the timing for report's release and the "potential findings."

"There were communications between White House counsel's office and White House chief of staff's office with Treasury office of general counsel and Treasury's chief of staff office to understand the anticipated timing of the release of the report and the potential findings by the I.G.," he said.

As details surrounding the controversy emerge, Democrats and Republicans alike have wondered why Mr. Obama was kept in the dark about the report even while various people in his administration were aware of it.

The president wasn't told, Carney said today, because White House counsel Ruemmler judged "that this is not the kind of thing, when you have an ongoing investigation or an ongoing audit, that requires notification to the president."

"It's a judgment -- in this case, the judgment of the White House counsel -- that this is not a matter to -- that you should or that she should -- convey to the president," Carney said.

"Knowing that this was coming does not change the fact that there was nothing we could have or should have done about it, because it was an independent inspector general report," Carney said. "You know, there's a lot of information that courses through a White House and matters that rise to the level of presidential attention have -- you know, there's a lot of decision-making that goes into that, and -- and this was certainly not one that it was deemed appropriate or necessary to alert the president to."

Asked why he did not disclose last week, amid a series of heated questions from the press, that top staffers were aware of the investigation, Carney responded that "we're obviously dealing with a lot of information here" and that he had "gathered this information for you to provide you the kind of detail that I think you're interested in." He suggested he did know last week, however, that the senior staffers had been looped in about the investigation shortly after Ruemmler was.

Carney also faced a slew of questions about reports that the Justice Department targeted a Fox News journalist for possible criminal activity.

Echoing his comments on the subject in recent weeks, when it was revealed the Associated Press had its phone records seized by the Justice Department, Carney reiterated Mr. Obama's belief in the freedom of the press as well as the fact that "it's essential that we are able to take seriously very serious leaks that can jeopardize our national security."