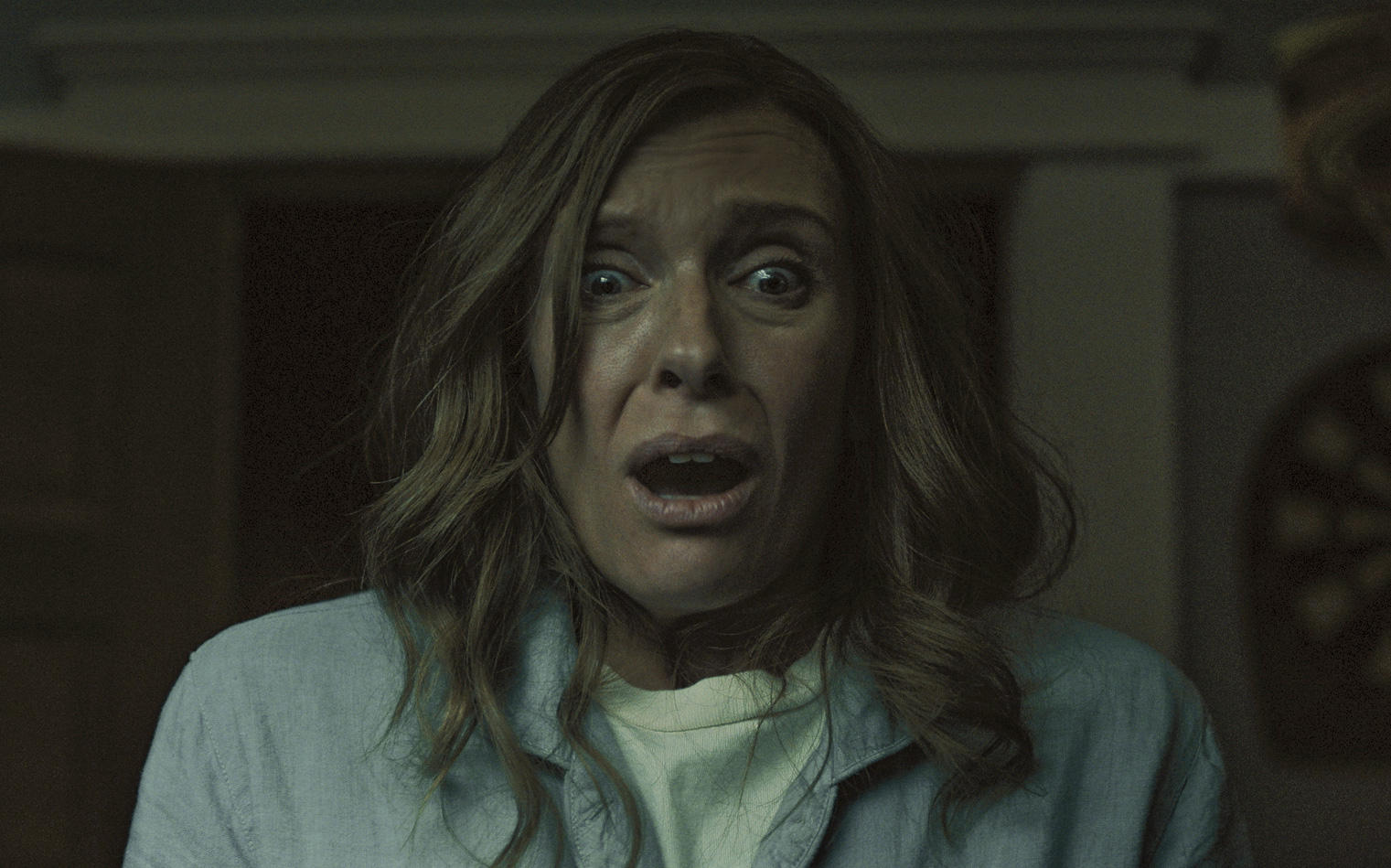 Toni Collette knows her new film, "Hereditary," which critics have hailed as the year's scariest film, will be "intense and heavy and confronting and cathartic" for viewers willing to brave it.

"I don't think I'll ever watch it again," Collette tells CBS News. "I was waiting after a screening to do a Q&A and the music alone from outside -- if I'm feeling this from the room next door, imagine sitting there just watching it."

"Hereditary" is part family drama and part supernatural horror flick. In it, Collette plays Annie, a successful artist who is dealing with her mother's death and the consequences of other family tragedies. She also struggles to connect with her children. The beginning of the film leaves viewers wondering if it's Annie who is unstable or if there truly are sinister events taking place.

"I love that ambiguity," says Collette. "I love that it's unclear, because what is clear is that she's had psychotic episodes in the past, she's dealt with dark stuff with her brother and father dying and now that her mother is dying, she's the last one standing from her family and it's almost like -- this is the wrong word -- but it's almost a safe time to explore the stuff she's been repressing."

Collette defended her troubled character, though, saying, "I'm so fascinated by the dream within a dream sequence in the film, because everything that she doesn't know in her waking hours -- when she's able to tap into her subconscious in that sleepwalking state, you realize how much she does know, and how much she does love her children and how much she wants to save them and when she's awake, it comes across as resentful."

Collette says she's never been in a more frightening film, but for her, there was no time to hem and haw over how best to express pure terror during shoots.

"It was a very focused set. Ari, our writer and director, is the real deal," says the actress. "This was an immense film of great magnitude and it was made in 34 days … I felt so excited knowing that I had this opportunity to really go for it, but also that can make you feel a little vulnerable at times. Having a director who's just as married and saturated in the material makes you feel so safe, like you can do anything."

That didn't mean it was easy for the actress.

"My funny little process was, I think, really just self-preservation right from the beginning," says Collette. "I said, 'I don't want to talk about it. I can't talk about it.' It was like it wasn't happening. There was so much to do, I pushed it away until I actually had to do it between action and cut."

What was easy for Collette, though, was identifying with a mother in mourning.

"It was very, very easy to empathize with this woman who was going through that much," she explains. "It was very evident on the page, so it always felt like it was sitting underneath for me. I didn't have to conjure it up. I just had to let it out at the right moment."

Letting it out means a lot of screaming and crying in the film, but there's one particularly shocking and gory moment in which Annie is hurting herself that will go down in horror movie history as one of the most disturbing scenes ever.

"In an honest, truthful way, shooting that scene -- it was funny," she reveals. "It felt so crazy to be doing this, but to be honest, it was fun. I did the hardest work and wore prosthetics and it seemed so out there, you couldn't help but laugh. It sounds weird but we enjoyed it. It really, really hit home that it's a horror film when we were shooting the scene."

Viewers most likely won't be laughing at all.