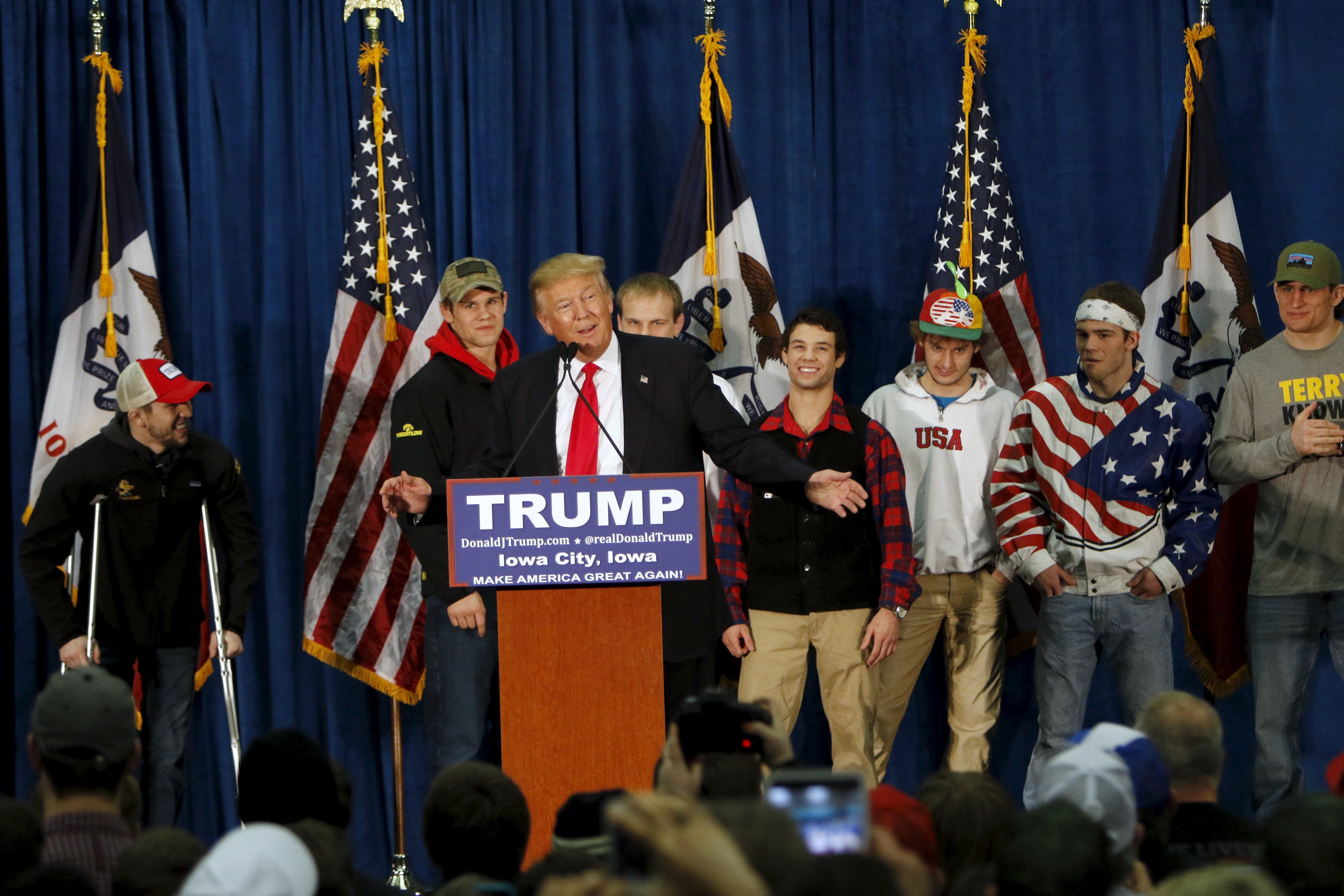 Twenty-eight-year-old Andrew Joseph Alemao had somehow snuck them past Secret Service agents and hurled them towards the GOP frontrunner, disrupting the his attacks against Democratic rival Hillary Clinton.

Trump waved to Alemao and yelled out, "Ready? Are you ready? Get him out of here!"

He was quickly escorted out by Secret Service and then turned over to the University of Iowa police. He was taken to the Johnson County Jail Tuesday night and released Wednesday morning.

Alemao was charged with disorderly conduct, which carries a fine of up to $625 or 30 days in jail.

Trump's speech at the University of Iowa came after a busy day of headlines. He had endorsements from evangelical leader Jerry Falwell Jr. and Joe Arpaio, a controversial sheriff famed for his anti-immigration stances. Later in the day, Trump announced that he would not participate in Thursday's Fox News debate, before a stop in Marshalltown, Iowa.

When he came to Iowa City, Trump hit his normal stump speech points and did not mention the Fox News debates. His speech was disrupted periodically by demonstrators who had brought what appeared to be whistles.

After one interruption, Trump joked, "You want to let the football team take care of it?"

This came after Trump had brought the University of Iowa football and wrestling teams on stage, shaking all of their hands.

"We love you guys," Trump said.

After Trump spoke for a little more than a half hour, he shook hands on the ropeline, leaving the remnants of the tossed tomatoes behind him on stage.