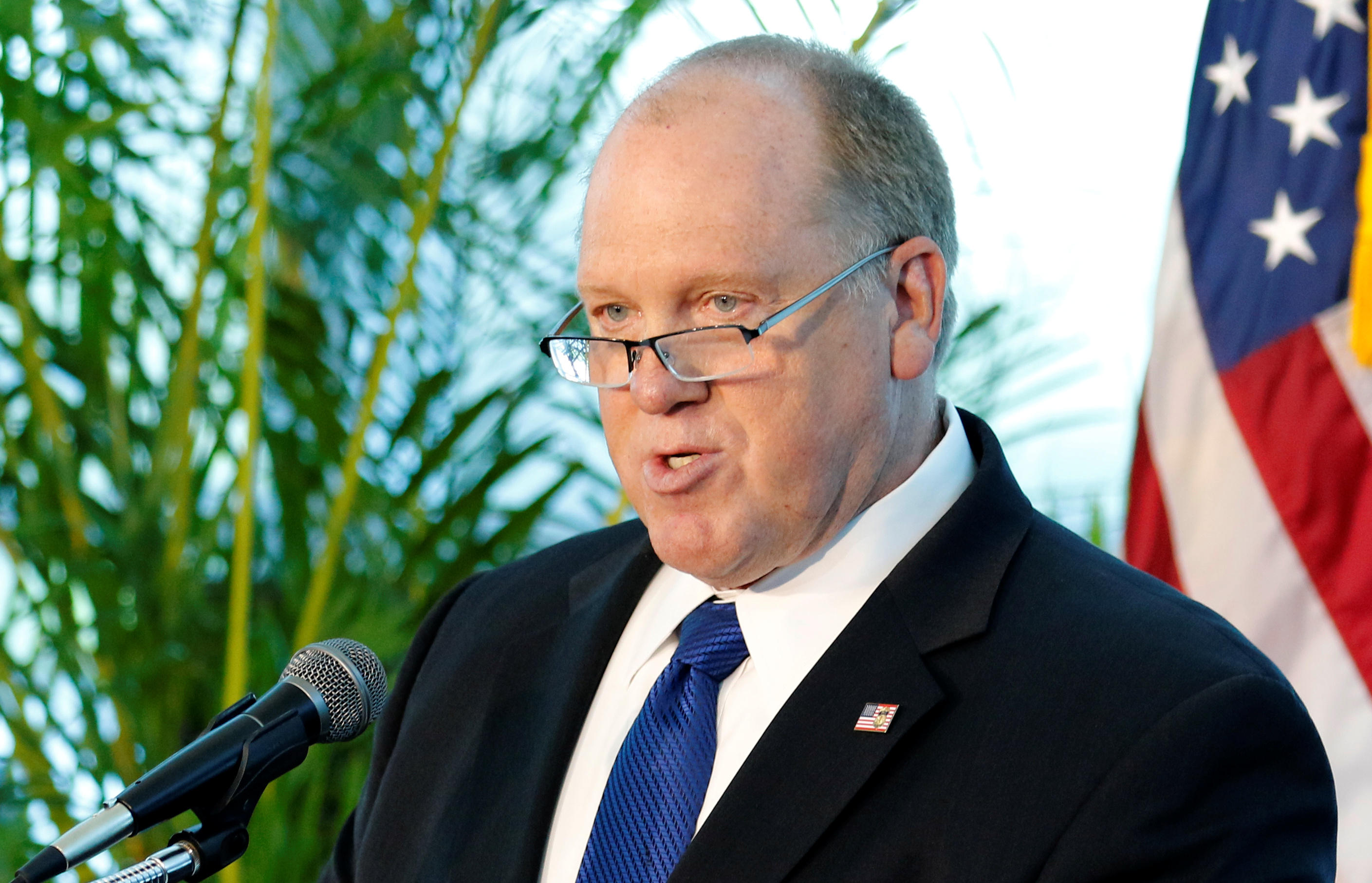 Tom Homan, the acting director of the agency charged with combating illegal immigration, is stepping down, U.S. Immigration and Customs Enforcement announced Monday.

Homan has been one of the most public faces of the Trump administration's crackdown on illegal immigration and oversaw a 40 percent surge in deportation arrests, along with other controversial changes including policies on making courthouse arrests and detaining pregnant women.

The Senate had yet to act on his confirmation, which could have been contentious, given the opposition by some to his hard-line policy views.

Homan said in a statement that it had been the "honor" of his life "to lead the men and women of ICE for more than a year." He called his decision to leave "bittersweet" but said that after 34 years, he wanted to focus on his family.

Homan added that he was "inspired" by those who serve the agency as they face "unfair and false criticism from politicians and the media."

"Because of their tremendous dedication and hard work, we have made significant progress this past year in enforcing our nation's immigration and customs laws, and in protecting public safety and national security. I will continue to be a strong advocate for the workforce and for the ICE mission," he added.

Homan informed Department of Homeland Security leadership earlier this year that he planned to retire this summer. He's expected to step down in June.

In a statement, Homeland Security Secretary Kirstjen Nielsen called Homan a "patriot and a true public servant who has consistently put service before self." Nielsen had asked Homan to stay on at ICE to assist with transition planning, after previously extending his post last January when then-Secretary John Kelly asked him to stay.

"True to his guiding principle of "mission first," Tom made the difficult decision to forego an opportunity in the private sector and returned to work three days after retiring to assume leadership of the agency. That decision – made more than a year ago – came at great personal sacrifice, and I know Tom is looking forward to spending more time with his family, who made their own sacrifices in order for him to lead ICE. I thank them for sharing Tom with a grateful nation," added Nielsen in a statement on Monday.