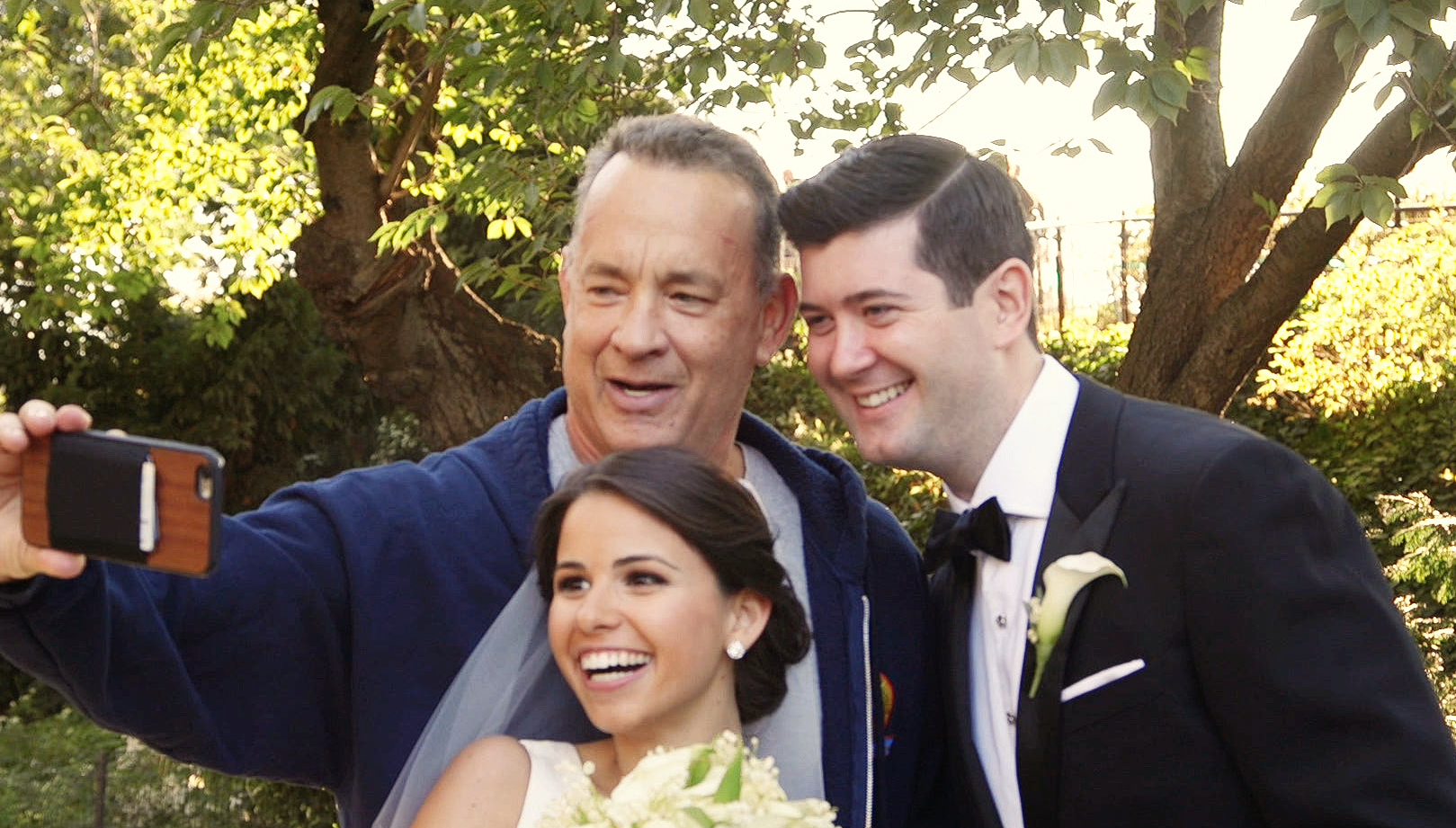 Newlyweds Elisabeth and Ryan knew their wedding day was going to be the best day of their life -- but then Tom Hanks walked over and made it even better.

The couple got a huge surprise on Sunday when the actor strolled by as they were taking their wedding pictures in Central Park.

Dressed in a zip-up hoodie, shorts and sneakers, Hanks took off his hat and sunglasses as he approached the couple with a handshake.

“Hi, I’m Tom Hanks,” he said, taking the bride’s hand as he congratulated the pair on their wedding.

“Can we get a photo with you?” the eager bride asked.

Hanks quickly replied, “By all means,” graciously kissing her hand.

Several oblivious runners jogged past in the background, but it didn’t take long for people in the park to catch on.

The three gathered together as their photographer, Meg Miller, snapped photos.

“Elisabeth, you’ve done well for yourself,” he continued.

The actor then turned the table on the couple and asked for a photo of his own. They happily obliged, and Hanks pulled out his cellphone to get a few good selfies.

“Elizabeth and Ryan! Congrats and blessings! Hanx.” Hanks tweeted to his 12.2 million followers.

Members of the wedding party invited Hanks to join them.

“We have extra seats!” one yelled. “And plenty of alcohol!”

Laughing, Hanks declined due to a “dinner engagement.”

But he did want them to know that he’s an ordained minister.

With a kiss and a wave, a minute later, Hanks jogged away.

“The wedding’s over, guys!” one man in the crowd yelled as the stunned couple laughed.