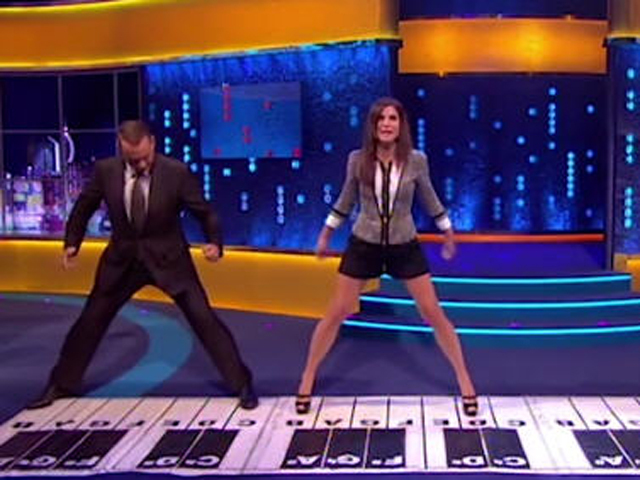 Tom Hanks has come a long way since "Big," but he had no problem channeling one of the movie's famous scenes during a recent talk show appearance.

While on Britain's "The Jonathan Ross Show," the host unveiled a giant piano and Hanks was more than happy to tickle the oversized ivories, just as he did in the 1988 film.

After jumping his way through "Chopsticks," fellow good sport Sandra Bullock joined him for a second round.

"Well now we can do 'Chopsticks' but maybe not in your heels, eh?" Hanks asked her.

"Oh, I can do 'Chopsticks' in my heels," she countered.

And so they did -- save for one part that may have involved a bit more stretching than either star was prepared for.

Hanks and Bullock both have movies currently in theaters -- "Captain Phillips" for him, and the box office-topping "Gravity" for her.

Watch their piano duet below: