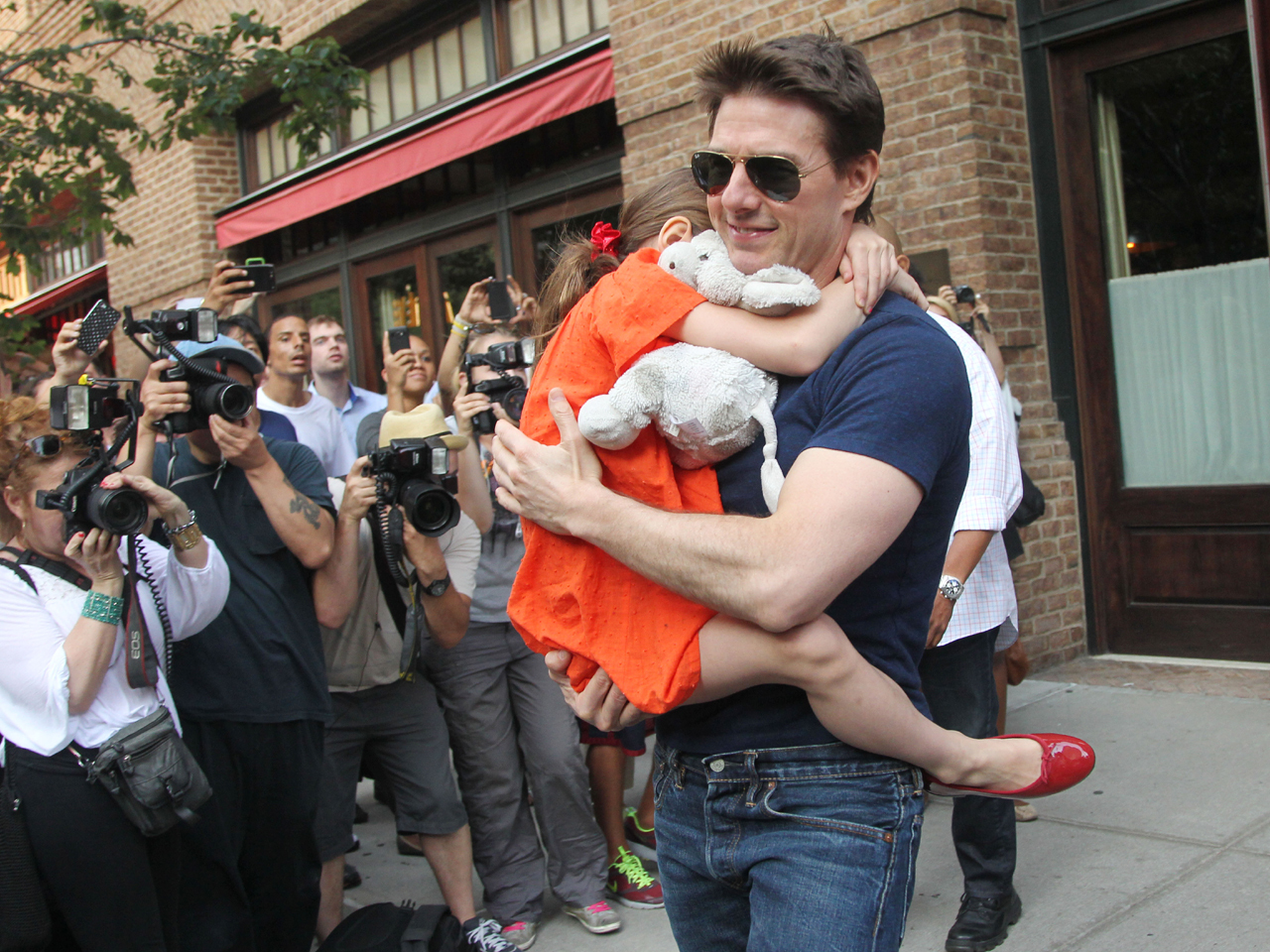 Tom Cruise has admitted in a court deposition that Scientology contributed to his split from Katie Holmes.

The revelation was part of a Sept. 9 deposition taken in Los Angeles as part of a lawsuit Cruise filed against Bauer Publishing. He's suing for $50 million over two tabloid stories that claimed he "abandoned" the couple's 7-year-old daughter, Suri, after their 2012 divorce.

According to the deposition (a transcript of which obtained by RadarOnline), Cruise was asked by a lawyer for Bauer if Holmes left him to "protect" Suri from Scientology.

"I find that question offensive. ... There is no need to protect my daughter from my religion," Cruise responded.

But when he was asked whether it was "one of the reasons" Holmes left him, Cruise responded, "That was one of the assertions, yes." He also said "there are many different other [sic] aspects to the divorce."

The 51-year-old actor also revealed Suri is no longer practicing Scientology, and that his children with Nicole Kidman, Connor and Isabella, have not had contact with Holmes since their split.

Other parts of the deposition focused on Cruise's relationship with Suri and how long he's away from her. At one point, the actor acknowledged he did not see his daughter for more than 100 days last year, from Aug. 4 until Thanksgiving.

"Unfortunately, in this situation it was impossible," he explained, citing a "grueling and ambitious" shoot in London for the film "Edge of Tomorrow," formerly titled "All You Need Is Kill."

Questions also centered on Suri's first day of school (had she asked him to be there, Cruise said, he would have tried to make it happen) and why he was able to fly from the U.S. to London for a Scientology event but did not make a similar effort to see his daughter, to which he again cited his filming commitments as well as coordinating schedules with his ex-wife.

"When a divorce occurs things change. And it's more complicated...you now have to ask for permission and organize schedules to make things happen. So it wasn't -- it's not an ideal scene. It's not an ideal situation," he said, later adding, "What doesn't change is the love I have for my daughter, the fact that I didn't abandon her emotionally, physically or otherwise."