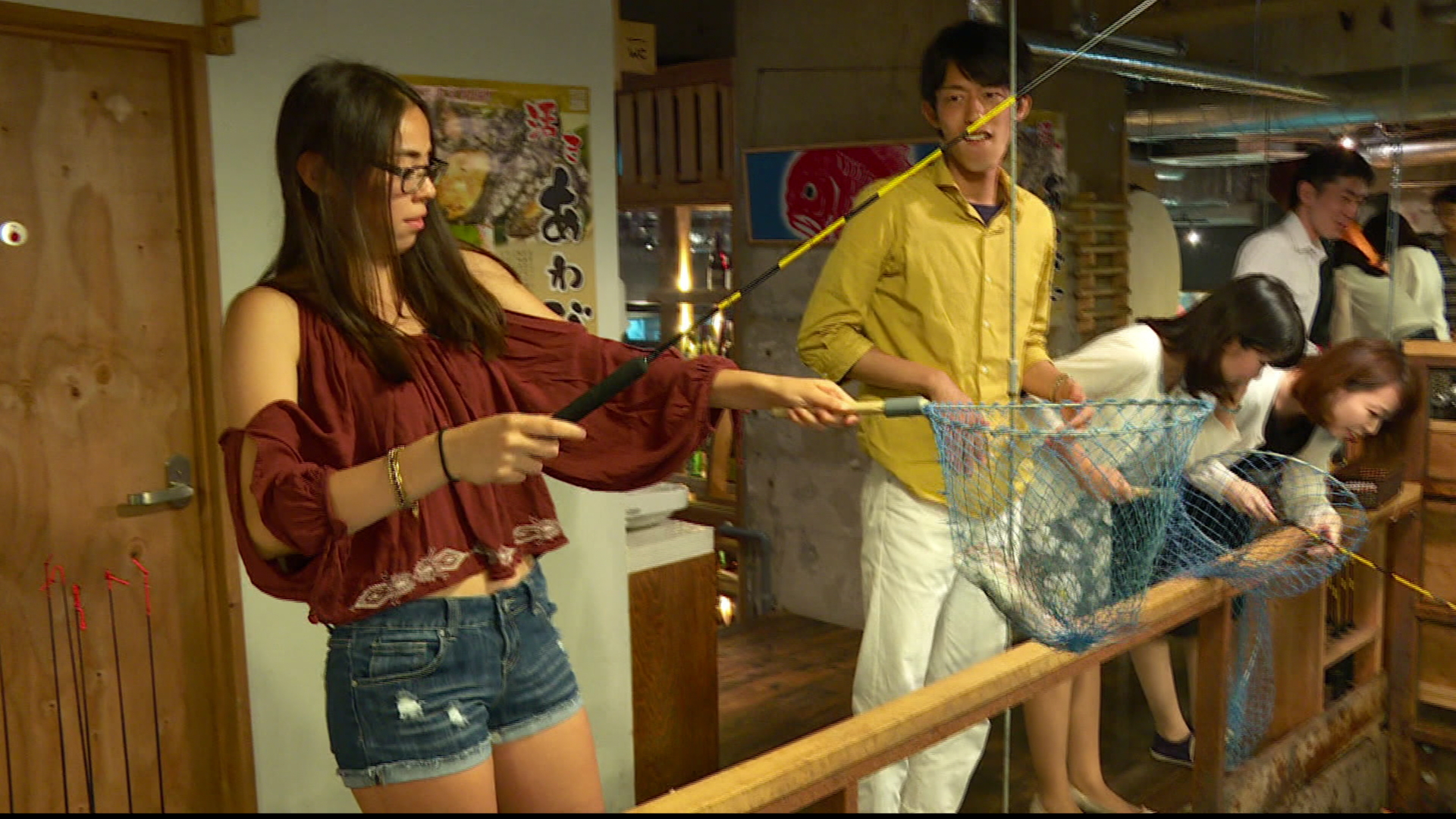 We've all been to plenty of fish restaurants, but how about a fishing restaurant?

Welcome to Zauo in Tokyo's trendy Shibuya neighborhood, where "the catch of the day" is up to you, CBS News' Seth Doane reports.

Tanks are stocked with mackerel, flounder and sea bream swimming around with no idea how close they are to a kitchen. Fishing is encouraged, and there's even a discount if you catch your own.

Eight-year-old Takao fished on behalf of his mom, Yuki Saito, who was happy to wait at the table.

Fish is central to the diet on this island nation as CBS News saw at bustling Tsukiji market with its astounding selection. Buying fish in Japan borders on the exotic.

With so many different types of fish available, one way to stand out is to not simply serve it.

For 15-year-old Jennifer Trohan from California, menus can be so predictable. In her case, catching it involved a fair amount of squealing.

With fishing hooks flying around the restaurant, some may wonder if things ever get dangerous.

"We ask our patrons not to wave the fishing rods around," manager Junichi Yoshida said in Japanese. "Just use a gentle dipping motion to snag the fish."

Tokyo, a city of 13 million people, boasts options to fit any mood, and establishments are not above a gimmick to lure customers. CBS News has visited cat cafés, which cater to feline-lovers who pay to pet by the hour.

CBS News has even taken goats for a stroll at a goat café for all goat-enthusiasts.

Still, fishing was a first. And, evidently, made for beginners. For Doane, it took him less than a minute to catch a fish. He watched as his catch became sashimi.

While it's not for the faint of heart, it was delicious.

The restaurant is planning a New York City location next.