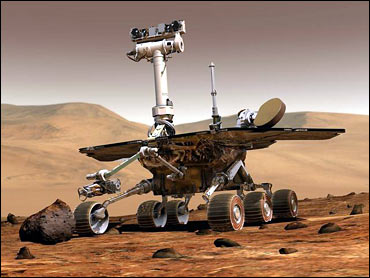 Google Inc. is bankrolling a $30 million prize to the first private company that can safely land a robotic rover on the moon and beam back a gigabyte of images and video to Earth, the Internet search leader said Thursday.

If the competition produces a winner, it would prove a major boon to the emerging private spaceflight industry and mark the first time that a nongovernment entity has flown a lunar space probe.

Google partnered with the X Prize Foundation for the moon challenge, which is open to companies around the world. The Santa Monica, Calif.-based nonprofit prize institute is best known for hosting the Ansari X Prize contest that led to the first manned private spaceflight in 2004.

The race to the moon will not be easy or cheap. Teams have to raise money to build a roaming spacecraft that will be tough enough to survive a landing and have the smarts to complete a set of tasks. Each rover must also be equipped with high-definition video and still cameras to document the journey.

The rules call for a spacecraft to trek at least 1,312 feet across the lunar surface and return a package of data including self-portraits, panoramic views and near-real time videos. Participants are also responsible for securing a launch vehicle for the probe, either by building it themselves or contracting with an existing rocket company.

Whoever accomplishes the feat by the end of 2012 will receive $20 million. If there is no winner, the purse will drop to $15 million until the end of 2014 when the contest expires. There is also a $5 million second-place prize and $5 million in bonus money to teams that go beyond the minimum requirements.

Details of the Google X Prize are to be revealed at the WIRED Nextfest technology show in Los Angeles.

The competition comes at a time of revived interest in lunar exploration among foreign governments since the Cold War space race. Governments including the United States and those in Europe and Asia are gearing up to return to the moon.

Japan's space agency, JAXA, plans to launch its long-delayed orbiter SELENE from a remote Pacific Island on Friday. NASA next year will rocket a lunar orbiter and impactor, the first of several lunar robotic projects before astronauts are sent to the moon next decade.

Government lunar missions can cost upward of hundreds of millions of dollars, but the X Prize Foundation and Google hope the private sector can do it for considerably less.

Google has had previous forays into space albeit via the Internet by launching Google Mars and Google Earth, Web browser-based mapping tools that give users an up-close, interactive view with the click of a mouse.

The X Prize Foundation is also holding competitions in rapid genetic decoding and creating super-efficient vehicles, but the moon prize is by far the largest in its history since it was founded in 1995. The Google X Prize is second richest space prize, next to the $50 million pot being dangled by hotel magnate Robert Bigelow to any American team that can rocket a manned spacecraft into orbit by 2010.