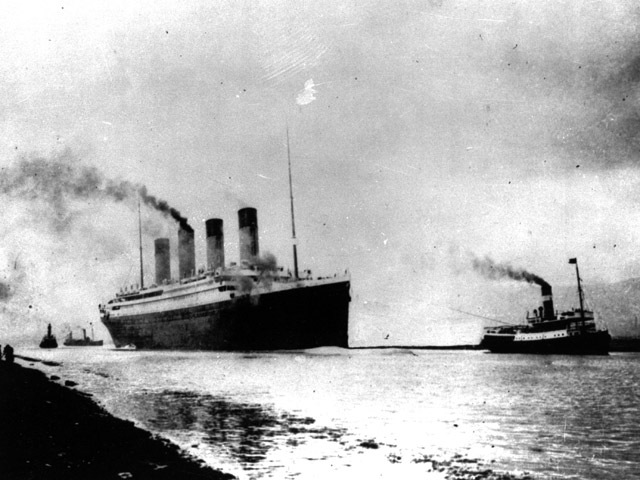 (CBS News) - If "Live fast and die young," is the key to an enduring legacy, five days was all it took for the Titanic to become one of the most iconic images of the modern age.

The "ship of dreams" was the largest floating vessel of her day and the hottest ticket in town when, on April 10, 1912, she set sail on her maiden voyage for New York, from Southampton, in England.

No single community was more devastated by the Titanic disaster than Southampton. Local memorials show that 100 years on, the city is still keen to commemorate the residents who lost their lives - 715 crew members from Southampton went on the ship; 156 returned.

Titanic sailed out of Southampton and right into history. Movies like "A Night to Remember" tell the story of sinking the unsinkable.

James Cameron updated the story in 1997. Thanks to his intricate research, "Titanic" redefined the term blockbuster.

Titanic's final hours gave rise to classic movie scenes and many of the myths and legends that still stand today. The murky waters, where Titanic's wreck lies frozen in time, could hold enough stories to last another 100 years.

(Watch the full report from Willem Marx in the video player above.)
View CBS News In
CBS News App Open
Chrome Safari Continue
Be the first to know
Get browser notifications for breaking news, live events, and exclusive reporting.