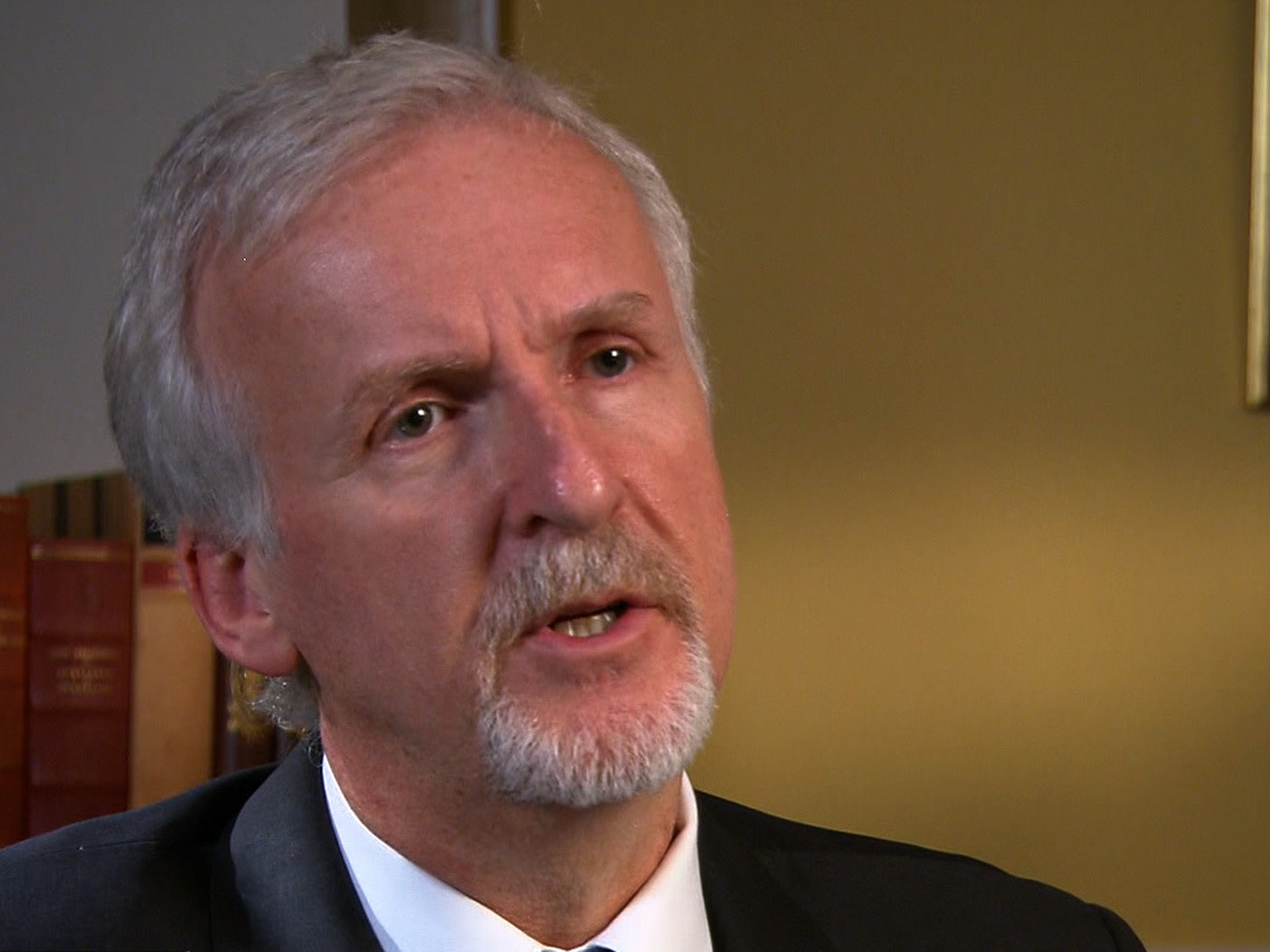 (CBS News) Fifteen years after "Titanic" made him the king of Hollywood, James Cameron returned to the red carpet to premiere a new version of his blockbuster film.

Despite grossing nearly $2 billion dollars and winning 11 Oscars, including Best Director and Best Picture, Cameron believed he could make "Titanic" bigger and better, by making it 3D.

Cameron told CBS News it took 300 artists working for more than a year to "outline every object, every character, every feature on every face and do it for every frame."

The release is timed to the 100th anniversary of the disaster.

Cameron himself is also fascinated by the wreck. One of the most innovative, and successful, filmmakers of all time, he is an accomplished underwater explorer and took on the role of method director, diving to the Titanic wreck several times himself as research for his movie.

"When I dove the Titanic for the first time, well the first 12 times, it was to make a movie, to make this movie," Cameron said. "I went down there with a shot list, with lights and with cameras and all that. It can be a very, very powerful place and once I let that sink in, to coin a phrase, then I had something to share with the actors."

The life of a Hollywood filmmaker and underwater explorer is one of extremes. These days Cameron is on top of the movie world, but his latest high-profile assignment was at the very bottom of the ocean.

Just 36 hours before the "Titanic" 3D premiere in London, Cameron was returning from the first-ever solo dive to the deepest part of the planet, the Mariana Trench, seven miles under the Pacific Ocean. Cameron collected marine research samples on the dive.

"The whole sub actually squeezes down almost three inches in length when it gets to the bottom of the ocean, just because of the pressure," Cameron explained. "The sphere that I'm in actually shrinks. The window that I look out actually pushes in towards me under 16,000 pounds per square inch of pressure."

But keeping cool under pressure, he still took time to write on Twitter, "Just arrived at the oceans deepest point. Hitting bottom never felt so good."

Back on dry land, the director's work continues to fuse science and art. Growing up, he couldn't separate them.

"It was exploring and storytelling. Those two things," Cameron told CBS News. "When I was a kid, I read voraciously, a lot of science fiction, a lot of fantasy. I used to draw and write stories and things like that, so I was taking it in and trying to find a way to put it back out in some form."

And never one to let science and art stand still, Cameron has returned to another success story. He has already started a five-year project to bring moviegoers "Avatar 2" and "Avatar 3."