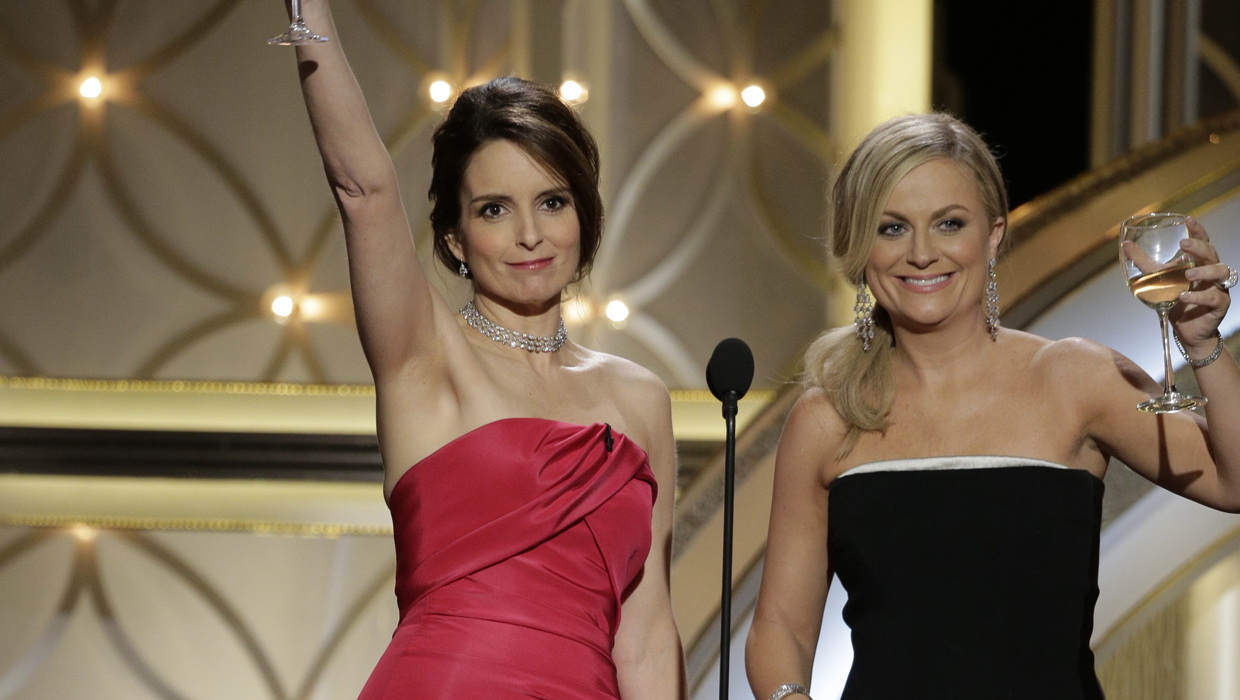 Tina Fey and Amy Poehler did not disappoint during their second year hosting the Golden Globe Awards.

"This year is legit," said Fey at the start of the show, referring to the level of star power in attendance. Then she and her longtime comedy pal ran down a list of the big names, their films and TV series at the Beverly Hilton in Los Angeles. They made some jabs, but nothing too serious, harsh or offensive.

"Bradley Cooper is here…star of 'American Hustle,'" Fey said before giving an "interesting bit of trivia," -- that the original title of the film was "Explosion at the Wig Factory."

"Matt on any other night you'd be a big deal… but tonight, you're basically a garbage person," Poehler said to nominee Matt Damon, comparing him to the other major stars in the room.

They called out Matthew McConaughey for shedding 40 pounds for his role in "Dallas Buyers Club." Fey joked that losing weight is just par for the course in Hollywood; it's what actresses call "being in a movie."

Martin Scorcese was on the receiving end of a couple of opening jokes -- one of which involved Woody Allen receiving the Cecil B. Demille Lifetime Achievement honor. Poehler pointed out how Scorcese had won the honor before, saying, "I assume the award is for tiniest man with the goofiest glasses." And regarding the length of the telecast, they said, "We'll get this show done in three hours, or as Martin Scorsese calls it, Act One!"

The gals also called out George Clooney's dating history, saying how "Gravity" was the story of how he "would rather float away into space and die then spend one more minute with a woman his own age."

They even took some time to poke fun at themselves. Poehler said that "Amy Poehler" was in attendance before the camera panned to Jennifer Lawrence. The quick-witted Poehler then made a joke about looking good for a 40-something mother of two. Age popped up again when Poehler said, "Meryl Streep was so great in 'August Osage County,' proving that there are great parts in Hollywood for Meryl Streeps over 60."

"This is Hollywood. If something kind of works, they'll just keep doing it until everyone hates it." -Fey, on her and Poehler being invited back to host again.

"Netflix...you're not going to feel so smug in a couple of years when Snapchat is up here accepting best drama." - Poehler

Poehler and Fey's humor continued throughout the night, with jokes about Leonardo DiCaprios's dating life. The pair also had some fun with Miss Golden Globe Sosie Bacon.

At the end of the three-hour show, Fey signed off with: “Thank you, everyone, this was the beautiful mess we hoped it would be.”

Tell us: How did Fey and Poehler do as co-hosts?