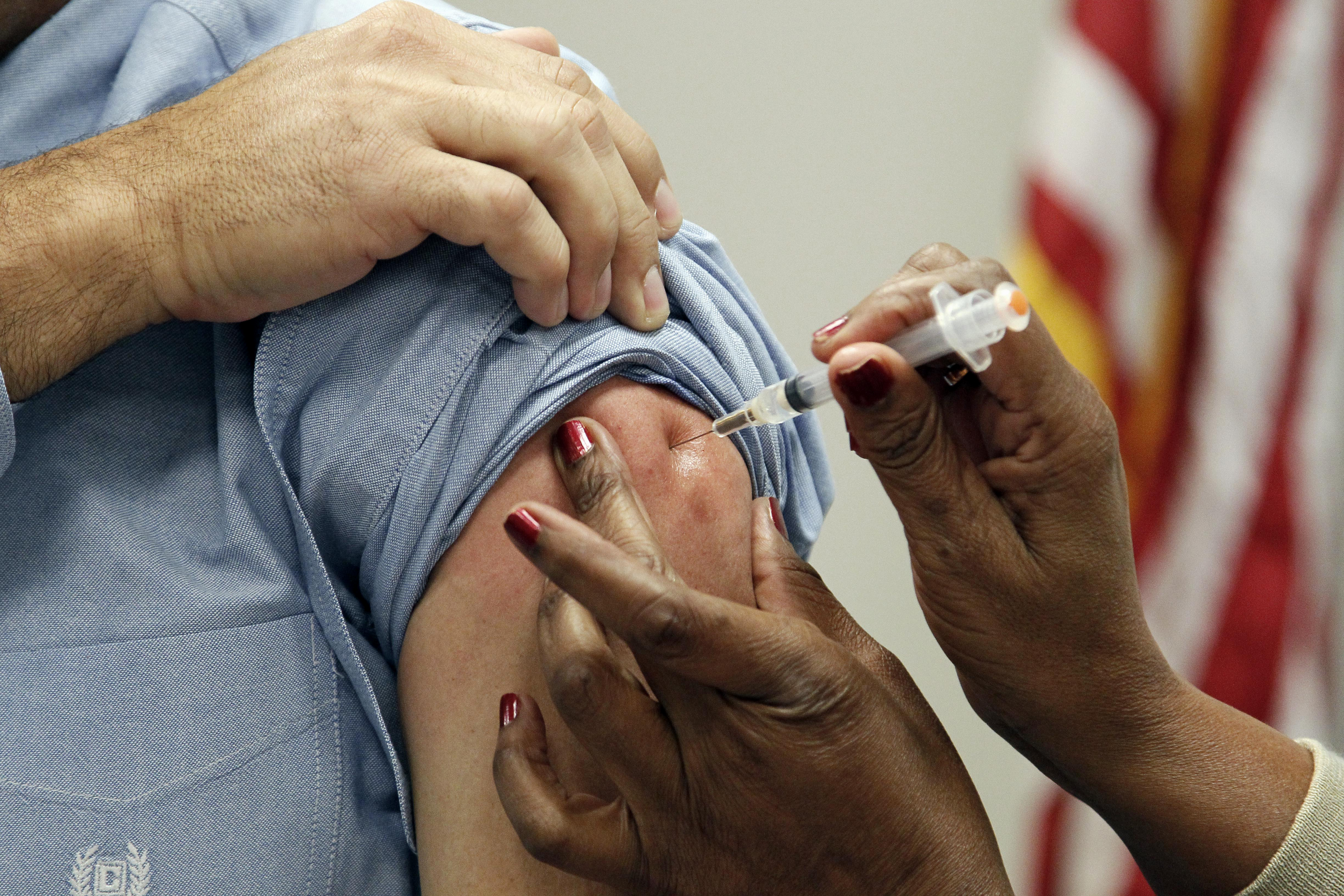 The flu-vaccination rate sagged in the United States last season, causing concern among public health officials that more Americans might wave off a flu shot this year.

Influenza vaccination coverage declined 1.5 percent across the entire U.S. population during the 2015-2016 flu season, with only 46 percent of Americans receiving the annual vaccine, the U.S. Centers for Disease Control and Prevention announced Thursday.

“Flu is serious. Flu is unpredictable. Flu often gets not enough respect,” CDC Director Dr. Tom Frieden warned at a morning news conference. “If we could increase vaccination coverage in this country by just 5 percent, that would prevent about 800,000 illnesses and nearly 10,000 hospitalizations.”

Leading by example, Frieden received his own flu vaccination during the media briefing, which was hosted by the National Foundation for Infectious Diseases (NFID).

This season’s flu shot has been updated to protect against the three or four influenza viruses that research suggests will be most common during the 2016-2017 season, according to the CDC.

The CDC recommends that everyone aged 6 months or older receive an annual flu shot.

“We also say get it by the end of October, and don’t delay,” Frieden added. “A vaccination deferred is often a vaccination forgotten. And we want to ensure as many people as possible get the flu vaccine.”

The decline in influenza vaccine coverage for older adults​ is troubling because seniors are disproportionately affected by the flu, said Dr. William Schaffner, medical director of the NFID. He is also a professor of preventive medicine and infectious diseases at Vanderbilt University School of Medicine in Nashville.

“During the severe 2014-2015 season, more than three-quarters of the nearly 1 million people hospitalized due to influenza were age 65 years and older,” Schaffner said in prepared remarks.

“Vaccination not only reduces the chance that older adults will get the flu, it can help keep them out of the hospital by reducing the severity of the infection and related complications if they do get the flu,” Schaffner noted.

Toddlers were the best-protected age group during the last flu season, the CDC reported. Flu vaccine coverage for children 6 months to 23 months was 75 percent. This is also the only group that exceeded national public health goals of 70 percent vaccination coverage.

However, there is some concern that some parents might not get their children vaccinated this season because only injectable flu vaccine is available. Nasal spray flu vaccine​ has been pulled off the U.S. market because it has proven ineffective.

“The nasal spray is no longer recommended,” Frieden said. “We don’t know why, but the vaccine efficacy data from the past couple of years suggests it was not protective.”

About one-third of kids who get vaccinated against the flu take the nasal spray, experts at the briefing said. They encouraged those parents to get their kids a flu shot instead.

“Parents who normally opt for the nasal spray vaccine should not view this as a reason to pass on vaccinating their children against flu this season,” Dr. Patricia Whitley-Williams said in prepared remarks. She is division chief and professor of pediatrics at Rutgers-Robert Wood Johnson Medical School in New Jersey.

No supply problems have cropped up this season. Flu vaccine is readily available, and sufficient doses are expected throughout the season, CDC officials noted.

Vaccine manufacturers report more than 93 million flu shots have already been delivered. They estimate that up to 168 million doses of injectable flu vaccine will be available in the United States during the 2016-2017 flu season.

Frieden has a lot of company in the health-care field lining up for vaccination. Flu shot coverage among health-care personnel increased during the 2015-2016 season, reaching 79 percent, the CDC said.

And doctors took it most seriously; almost 96 percent of physicians received flu vaccination.