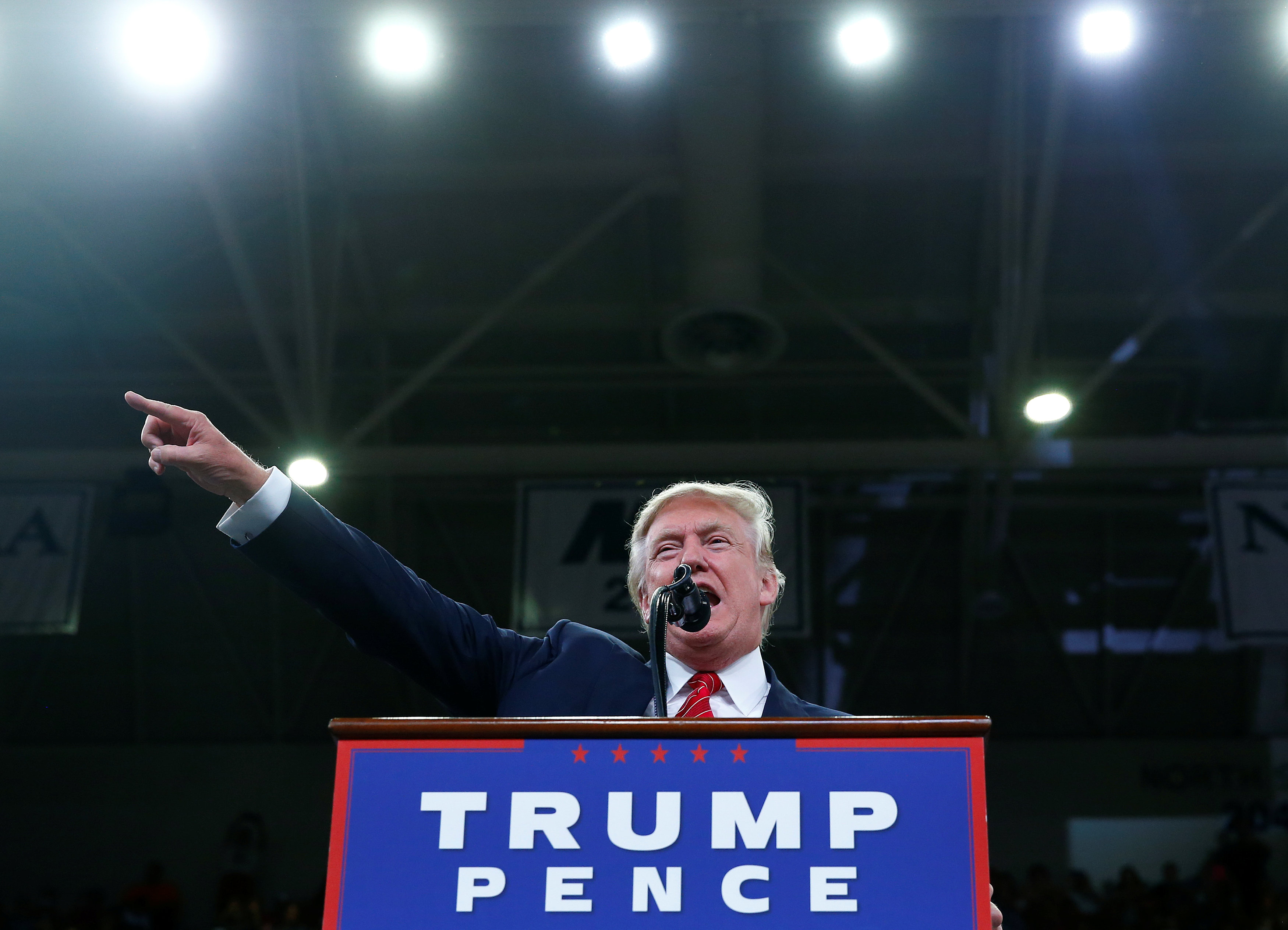 Donald Trump suggested at a rally Tuesday afternoon that the "Second Amendment people" could do something about Hillary Clinton choosing judges if she is elected president, a comment some took to mean he was implying violence against the Democratic nominee.

"If she gets to pick her judges, nothing you can do, folks," he said at a rally in Wilmington, N.C., to boos from the crowd. "Although the Second Amendment people ... maybe there is, I don't know."

The comments came as Trump was discussing Clinton's position on gun control measures, with Trump repeating his frequent claim that Clinton would "essentially abolish the Second Amendment."

Trump senior communications advisor Jason Miller said in a statement that Trump was referring to the political power of Second Amendment supporters at the ballot box, not to any sort of violence.

"It's called the power of unification - 2nd Amendment people have amazing spirit and are tremendously unified, which gives them great political power," he said. "And this year, they will be voting in record numbers, and it won't be for Hillary Clinton, it will be for Donald Trump."

"This is simple--what Trump is saying is dangerous," he said. "A person seeking to be the President of the United States should not suggest violence in any way."

Sen. Elizabeth Warren, a Democrat and Clinton backer, was even more forthright in her assessment of Trump's comments, tweeting that he is a "pathetic coward" who is making "death threats."

Pushing back on the implication that Trump was calling for violence, Miller told CBS News' Major Garrett that those accusations are "completely ridiculous."

"Donald Trump was obviously talking about American voters who are passionate about their Second Amendment rights and advocating they use that power at the ballot box," Miller said. "The Clinton campaign is desperate and is obviously throwing all sorts of outrageous charges. I am surprised so many reporters are falling hook-line-and-sinker for what is obviously a ridiculous charge."