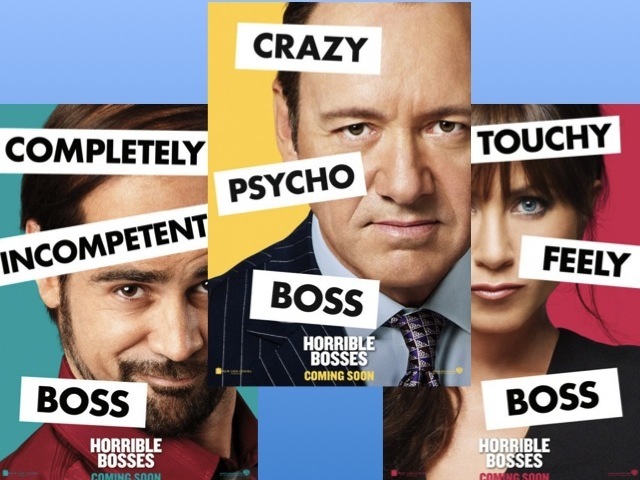 COMMENTARY. I've had the opportunity to work with hundreds, maybe thousands of brilliant people over a 30-year career in high-tech. Unfortunately, that's not really saying much, since just about any CEO, executive, or entrepreneur you're likely to come across has the smarts to do the job.

When it comes to management ability and leadership qualities, however, bosses tend to follow a pretty standard bell shaped curve: consistently successful managers at one narrow end, remarkably ineffective ones at the other end, and everyone else in between.

After all the years, experiences, and observations, I've got a pretty good handle on what it takes to be a great manager and what kind of behavior will tend to land an executive at one end of the bell curve or the other.

And while one size manager does not fit all situations, I have been able to identify, with relative certainty, three types of managers who shouldn't be running anything, let alone an organization or a company. Not only will they fail, they'll take the whole organization and everyone in it down with them.

If you don't believe me, check it out. I bet you can fit just about any executive who has failed big-time into one of these three categories. Incidentally, if your boss fits one, better get on LinkedIn and update your resume. And if you fit one, what can I say, you're in deep you-know-what.

Here are three types of bosses that should be fired, and sooner rather than later:

The smartest guy in the room

This is the guy who has all the answers and can never, ever be wrong. He doesn't just breathe his own fumes or drink his own Kool-Aid, he makes and mass-markets it, as well. He wants everyone to agree with his grandiose vision of how things should be and makes sure of that by surrounding himself with yes-men and women and ruthlessly beating down dissenting views.

The reason these people fail is they're blinded by the power of their own vision and therefore lack objectivity. They tend to be rigid and inflexible in their thinking and unwilling to see what's really happening until it's too late. Unfortunately, markets don't behave according to anyone's plan. They're populated by competitors and customers with free will and have a funny way of determining their own outcome.

It's all about me

Some people never grow up but get stuck in one phase or another of human development. They look just like normal adults, but inside, they're petulant, narcissistic children with oversized egos. Since their overriding goal is to get attention, to be adulated and worshipped by all, they're often charismatic and charming, almost chameleon-like in the way they appeal to all sorts of constituents. And their positions and strategies can flip and flop from one day to the next based on one data point, meeting, or conversation.

While a healthy ego is necessary and good for leaders, business isn't really about any particular individual. It's about meeting customer needs, achieving long-term growth and success for shareholders and employees, and being passionate about your products and services. People who think free market capitalism is about selfish greed couldn't be more wrong. Every company, board, CEO, executive team, serves its stakeholders and constituents. If it doesn't, it'll fail.

We may as well call him by his name, Peter, because this person is more or less defined by the Peter Principle. Peter was once effective and successful; at least it appeared that way. But the situation had a narrow set of boundaries and variables and now, things have changed and Peter is out of his depth, beyond his level of competency.

Perhaps he was promoted, the company grew, the market changed, or he's now in a new position in a new company. Regardless of the circumstances, Peter is no longer effective and his inability to see or believe it renders him toxic to the organization. For whatever reason, Peter lacks the ability to grow, scale, or adapt. And since he's still in a position of power and authority, he's not just an old relic, but a heavy anchor around the company's neck.

Those are the top three types of bosses I think should be fired. Got one to add to the list?