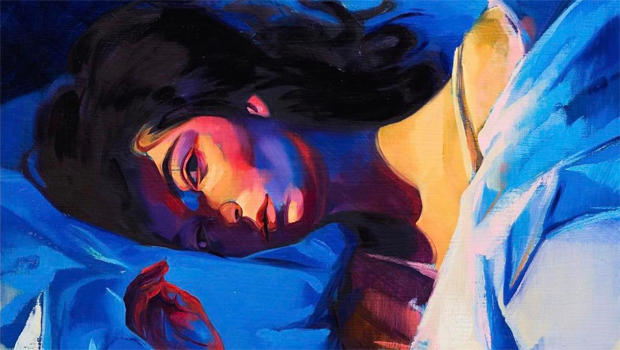 COVER STORY: Lost at sea: A harrowing tale of survival | Watch Video
On the night of July 24, 2013, 40 miles off the coast of Long Island, John Aldridge was working on the fishing boat Anna Mary when an accident sent him overboard. Alone and with no life preserver, Aldridge used his boots as flotation devices as he fought to stay alive, until his rescue 12 hours later. His remarkable story of survival is now a book, with a movie in the offing. He tells his tale, and what he credits to being alive today, to Jim Axelrod.

ON BROADWAY: "Annie" at 40: The stars reunite | Watch Video
It's one of the most beloved musicals in theater history -- and the title role a shining moment for many young actresses. Forty years after "Annie" debuted, Nancy Giles attends a reunion of all the women who played the title role on Broadway (including Andrea McArdle, Sarah Jessica Parker, Shelley Bruce, Allison Smith and Alyson Kirk), as well as the original Annie, Kristen Vigard, who lost the role while the show was in tryouts. Giles also talks with director-lyricist Martin Charnin about what it takes to succeed at playing the little orphan girl, and meets a young actress taking on the role in a high school production in Greenwich, Conn.

WEB EXTRA VIDEO: The legacy of the song "Tomorrow"
Nancy Giles talks with actresses who as children played the lead role in the musical "Annie," including Sarah Jessica Parker, Andrea McArdle, Kristen Vigard and Shelley Bruce (along with Allison Smith and Alyson Kirk) about what the show's signature song, "Tomorrow," has meant to them and their careers.

You can stream the original Broadway cast album of "Annie" by clicking on the embed below (Free Spotify registration required to hear full tracks):

WEB EXTRA: Broadway's Annies: Where are they now?

ON STAGE: Off-Off Broadway: Tommy Tune in Japan | Watch Video
Song and dance man Tommy Tune is known to theater lovers the world over for his long list of Broadway hits, his 10 Tony Awards, and that long, lanky frame. Throughout his career, he's made it his mission to deliver Broadway to people wherever they live, including Japan, where Mo Rocca visited to watch Tune direct a new production of the musical "Grand Hotel" for the Takarazuka Revue, a 100-year-old, all-female theater troupe.

ART:  Broadway's own street artist (Video)
Elise Engler has painted the streetscapes of Broadway -- all 13 miles of it. "Sunday Morning" joins her as she goes about capturing the bright lights and façades of New York City's most famous avenue.

MUSIC: Lorde returns to the "crazy environment" | Watch Video
One of the most anticipated albums of the year had its inspiration underground, in the New York City subway. That is where the 20-year-old New Zealand-born singer Lorde, usually unrecognized, worked on the words and music for "Melodrama," the album she'll finally release this week. She talked with Anthony Mason about the pressure of following up her first hit, "Royals," which earned her two Grammys, and of returning to the "crazy environment" of live performance.

PREVIEW VIDEO: How Lorde navigates fame
The 20-year-old Grammy-winning singer Lorde talks about why she feels she is not very good at being famous.

To hear Lorde perform "Perfect Places," from her album "Melodrama," click on the video player below.

HARTMAN: A pied piper of patriotism (Video)
Eleven-year-old Preston Sharp was upset when he realized, while visiting his grandpa's grave in Redding, Calif., that not every veteran in the cemetery had a flag. So he took on odd jobs and solicited donations to buy flags and flowers for every veteran in his grandpa's cemetery. And Preston didn't just stop at that one cemetery. Steve Hartman reports on the young man's contagious efforts.

COMIC BOOKS: Wonder Woman's origin story | Watch Video
The immortal comic book heroine's real superpower is the power to inspire. Faith Salie explores the history of Wonder Woman, now center-stage in the most popular movie in America, and talks with Lynda Carter, made immortal by playing the Amazonian on TV in the 1970s. Originally broadcast on March 26, 2017.

FROM THE ARCHIVES: Meet the stunt double of "Wonder Woman" (Video)
Jeannie Epper was born to be a Hollywood stuntwoman - her father, mother and siblings were all stunt people, too. In this CBS News profile first broadcast on May 3, 1979, Dan Rather interviewed Eppers about the hazards of her profession.

GALLERY: Wonder Woman through the years

OPINION: Jim Gaffigan turns a cold shoulder to massage | Watch Video
The comedian wants to know why we pay for the chance to make ourselves completely vulnerable to strangers.

STAGE: The Yale Rep: A treasure of live theater | Watch Video
"The Rep" -- what insiders call the Yale Repertory Theatre -- is a unique entity on the American theater scene, a place where graduate students at the Yale Drama School work side-by-side with experts in every aspect of theater. Now celebrating its 50th year, it has been the launching pad for many a fabled career, from Meryl Streep and Sigourney Weaver to playwright Christopher Durang.

Rita Braver looks back at the company's history with Streep, artistic director James Bundy, and actor James Earl Jones, who appeared with then-Yale grad student Courtney B. Vance in the Yale Rep-produced premiere of August Wilson's "Fences" in 1985.

NATURE: Waterfowl (Extended Video)
We leave you this Sunday Morning with a front row seat as Egrets, Herons, and Ibises strut their stuff at a rookery in Dallas. Videographer: Scot Miller.

CALENDAR: Week of June 12 | Watch Video
"Sunday Morning" takes a look at some notable events of the week ahead. Jane Pauley reports.