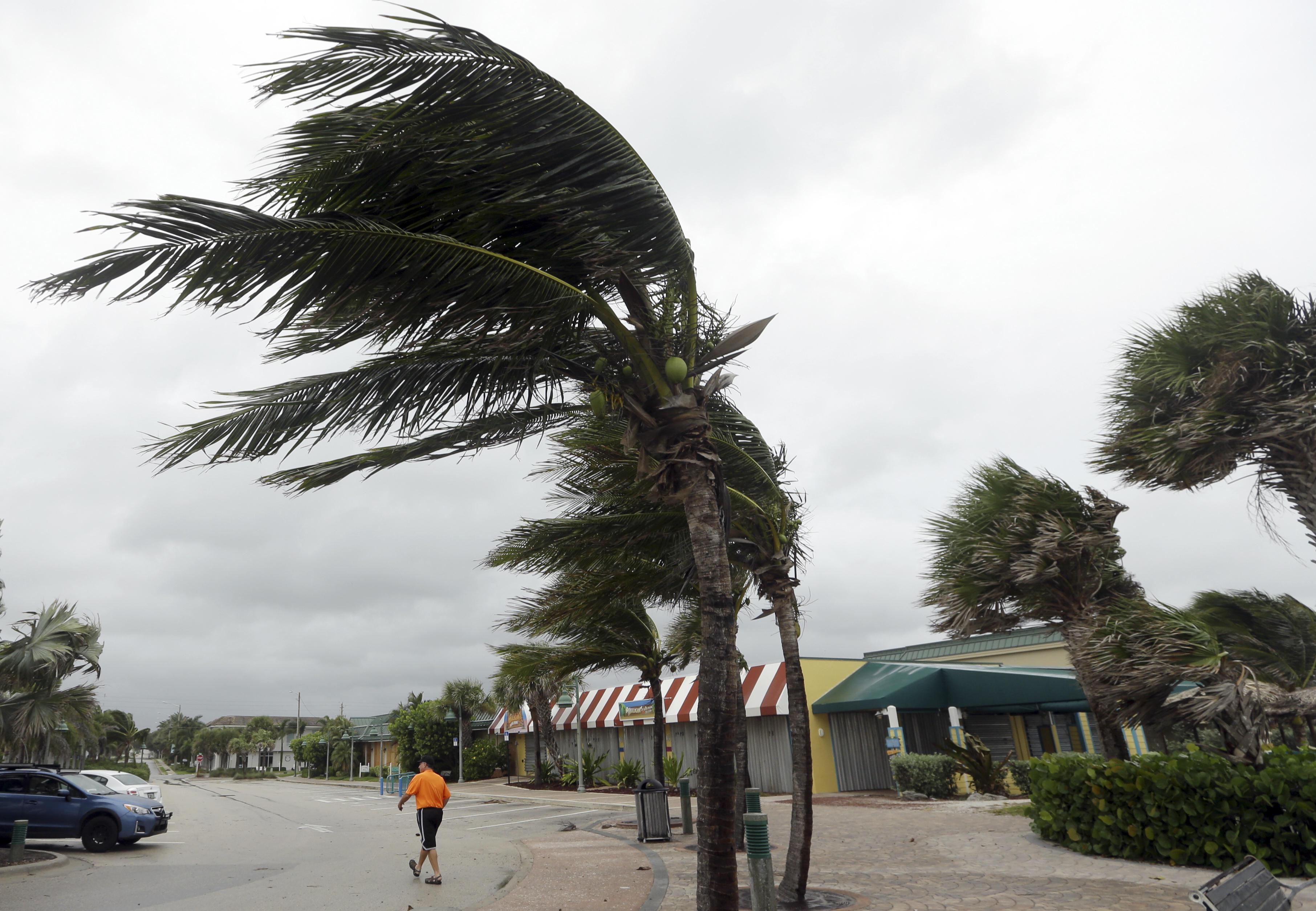 Hurricane Matthew has begun what is expected to be an agonizing grind up the U.S. southeast coast, pummeling southeast Florida with howling wind and torrential rain. Almost 300,000 homes and businesses are without power. Officials are warning of “a danger of life-threatening inundation” for days in at least three states.

As Hurricane Matthew batters the southern Atlantic Coast of the U.S., millions of people in the Caribbean are beginning their cleanup. Haiti was hit hardest, with Matthew blamed for at least 339 deaths in the impoverished island nation. In the Bahamas, the storm tore through Nassau, carving a path of destruction.

Donald Trump had planned to come to New Hampshire for a town hall event, after being urged by advisers to practice for Sunday’s town hall-style presidential debate against Hillary Clinton. What actually happened in New Hampshire, however, bore little resemblance to a true town hall, and Trump insists he never intended it as preparation for his next faceoff with the Democratic contender.

Hillary Clinton returns to Ohio today, where she’s invested a lot of her time and that of her highest-level surrogates -- and all for a state her campaign says she doesn’t need to win to beat Donald Trump in November. Still, denying Trump a victory there would be a huge advantage, and her campaign is feeling optimistic about turnout levels.

When Hillary Clinton and Donald Trump face each other in Sunday’s town hall debate, they’ll field questions from a crowd, and they will not have a podium to support them. We asked political strategists to demonstrate for us what happens when candidates are deprived the mighty power of the podium.

The U.S. presidential election is still more than three weeks away, but investors have already weighed in on the results. Several signs point to a pretty negative reaction in the markets if Donald Trump wins the White House, but a couple analysts have gone so far as to put an actual number on those fears.

E-commerce giant Amazon is banning reviews written in exchange for free or discounted goods, but the gaming is sure to go on. The ban comes after the company already took steps against phony paid reviews, with mixed results.

Ten years ago, CBS News cameraman Paul Douglas and soundman James Brolan were killed by a roadside bomb in Baghdad, and we vowed we would never forget. CBS News senior foreign correspondent Mark Phillips shared his thoughts at a memorial service in London, as we renewed that vow.

China firms happy to sell killer opioid “weapon” to anyone in U.S.

How can U.S. bring back $2 trillion its companies hoard overseas?

Berkshire Hathaway may be a buy, even as Warren Buffett departs

Love your co-workers? It could boost your health

Facebook, White House in talks to explore “free” internet for all

J.K. Simmons on parenting, puberty and his post-Oscar career