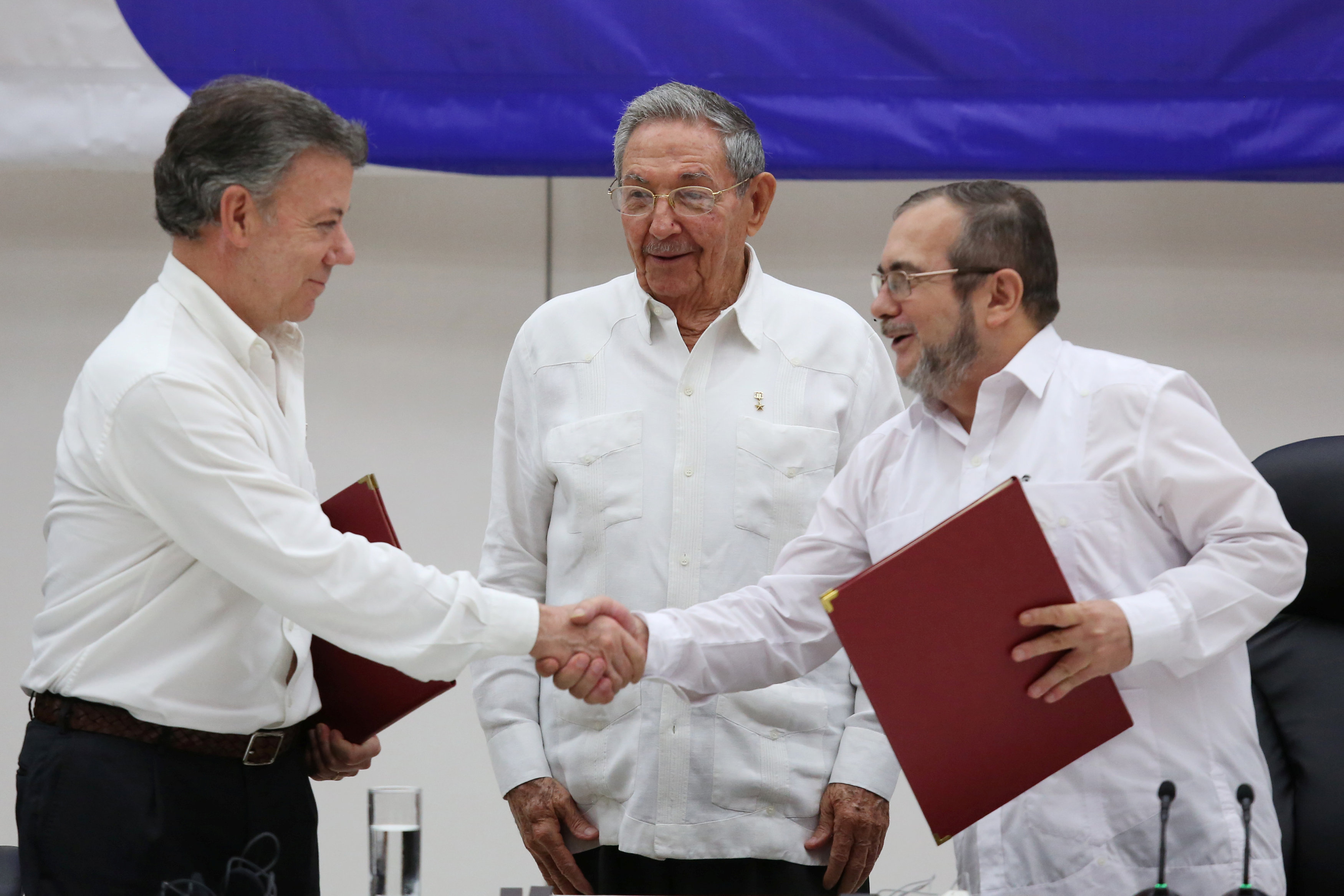 The people of his nation may have rejected his efforts, but Colombian President Juan Manuel Santos has won the Nobel Peace Prize for trying to end Colombia’s five-decade long civil war with leftist rebels.

The Norwegian Nobel Committee awarded Santos “for his resolute efforts to bring the country’s more than 50-year-long civil war to an end.”

The deal Santos reached with the rebels of the Revolutionary Armed Forces of Colombia (FARC) was lauded around the world, only to be quashed six days later by the shock results of a national referendum that saw Colombians reject the treaty.

The Norwegian Nobel Committee said the award should also be seen “as a tribute to the Colombian people who, despite great hardships and abuses, have not given up hope of a just peace, and to all the parties who have contributed to the peace process.”

It did not cite his counterpart in peace negotiations, FARC leader Rodrigo Londono.

Santos called the prize a “great stimulus” to the construction of peace in Colombia.

Londono responded to Santos’ win with a tweet, saying, “the only prize to which we aspire is that of peace with social justice for a Colombia without paramilitarism, without retaliation nor lies.”

Santos embarked earlier this week on talks with the opposition in his country to try to save the accord with FARC.

Thousands carrying candles and waving white flags and handkerchiefs marched through the Colombian capital on Wednesday, meanwhlie, demanding Colombia’s political establishment and leftist rebels not give up on the peace deal that was only narrowly rejected by voters.

The “March for Peace” was organized on social media by student groups and social movements that were on the losing end in Sunday’s national referendum. Many walked silently, while some carried pictures of loved ones among the 220,000 killed during the half-century conflict involving the military, leftist rebels and right-wing militias.

“Peace can’t be delayed forever,” said one demonstrator, Carlos Charry, a 37-year-old sociologist. “It’s time everyone understands that we can’t keep repeating the same mistakes of the past 52 years.”

Santos, 65, is an unlikely peacemaker. The Harvard-educated scion of one of Colombia’s wealthiest families, as defense minister a decade ago he was responsible for some of the FARC rebels’ biggest military setbacks, including a 2008 cross-border raid into Ecuador that took out a top rebel commander and the stealth rescue of three Americans held captive for more than five years.

Under the peace deal he negotiated, rebels who turn over their weapons and confess to war crimes will be spared time in jail and the FARC will be reserved 10 seats in congress through 2026 to smooth their transition into a political movement.