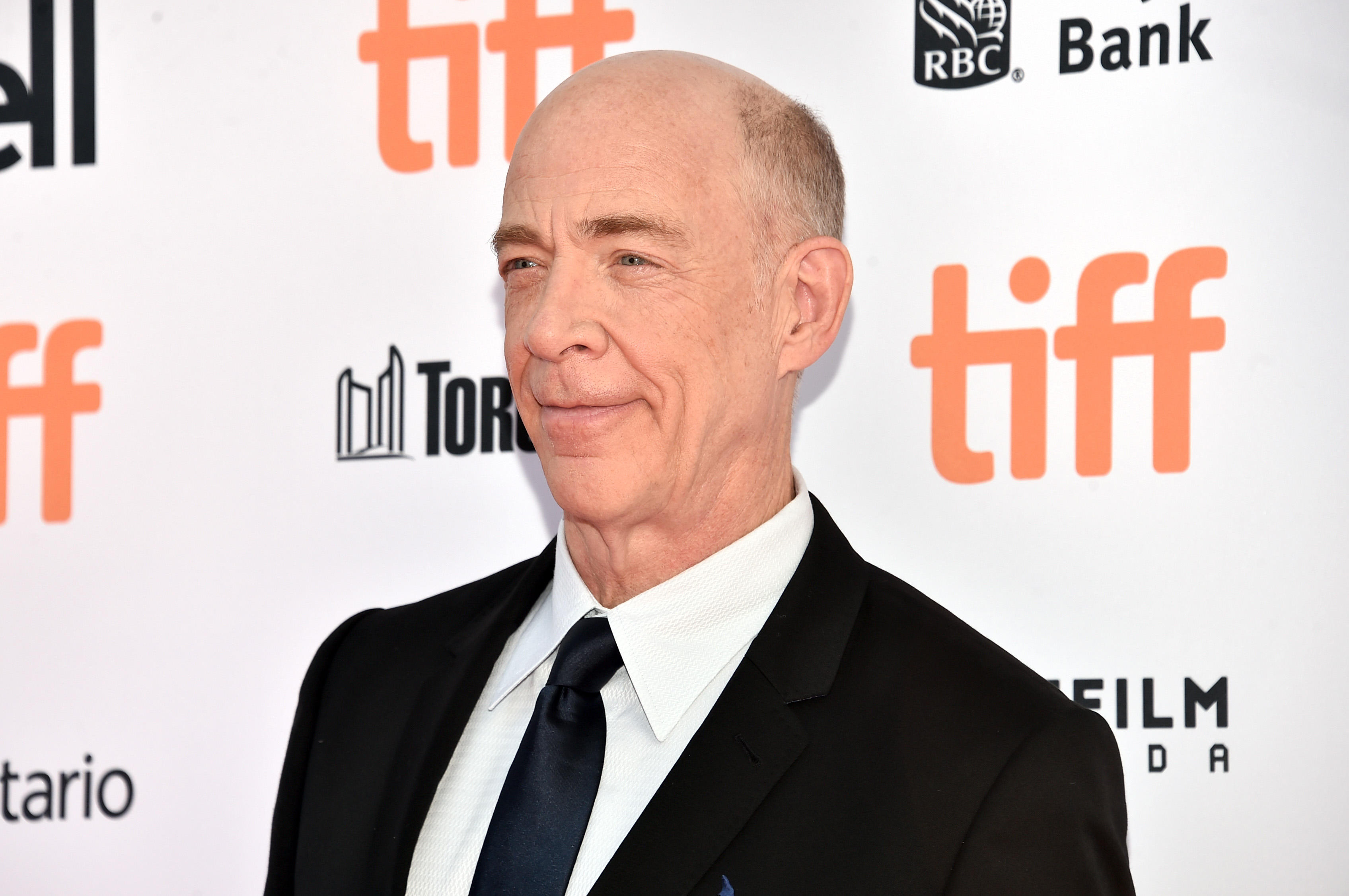 J.K. Simmons plays the father of a pubescent 30-year-old man in “The Late Bloomer,” and the actor told CBS News he’s had some firsthand experience with the issue as a father of two. Simmons also talked about his new healthy, fitness-obsessed lifestyle and his post-Oscar career.

You play the father of the protagonist, who is going through late-onset puberty, in “The Late Bloomer.” You have a couple of children yourself. How did you handle them going through puberty?

Well, it’s a long process. The best thing you can do is let them know that there isn’t anything they can’t talk to you about and whatever it is, it’ll be ok and you’ll be there for them.

Do you have any funny memories of going through puberty yourself?

None that I’m willing to describe. It’s a nightmare -- for anyone. There’s kind of this kid in the candy store thing, but it’s also horrifying and embarrassing. It’s complicated. Just horrifying.

Tell me more about your role in “The Accountant.”

“The Accountant” is a script that came to me just after “Whiplash” opened, just as I was the flavor of the month. It was certainly the smartest, most complex, interesting script I saw around that time and then on top of it, the director was such a passionate guy and he sort of completed my desire to want to get onboard. I think Ben [Affleck] was the only actor attached at the time.

I think the final product is something that I’m really happy to be part of. It’s so much wonderful work by a lot of people and a movie that succeeds on so many different levels as an action movie, a thriller, a drama, as a family story, a love story. There are comic elements to it and twists and turns. It’s really a smart, good movie.

You received an Oscar for “Whiplash.” How do you feel like that changed your life?

It didn’t change my life, really, and I think part of that is I was 60 years old by the time all that attention came my way. It certainly has provided more opportunities in terms of the sheer number of scripts coming my way and they’re coming my way first instead of after three or four guys have passed.

Certainly that was the case with “The Accountant,” and that was before all the awards. Gavin [O’Connor] was in the middle of thinking who to cast, and he knew he was going to do this movie and he happened to see “Whiplash” at the right time and thought, “There’s my Ray King.”

The “Whiplash” character you played, Terence Fletcher, is really terrifying. Do you feel that there was any of yourself in him?

Yeah, absolutely. I think that, speaking for myself, I don’t think there’s a character I could play that wouldn’t have elements of myself in it. Whether you agree with a character or like a character or not, you have to be able to understand a character and identify with something about him. There were definitely a lot of aspects of Terence Fletcher that I felt I completely understood and knew how to bring to life.

What were those aspects?

Well, his passion for what he does. His commitment and his refusal to accept anything less than everyone’s best efforts, his perfectionism -- but I’m not a perfectionist in my life and I’m not a particularly demanding person of people that I’m working with or people in my life, my family or my kids or any of that.

I’m much more of a soft, cuddly guy than Fletcher, but that level of commitment to one’s art, I think, is something that any creative person can understand and even admire. But then obviously, the guy has no filters at all and no other priorities at all and in fact no other life at all other than seeking this perfection and having no regard for whatever that collateral damage may be.

No. I had mentors who were brilliant and certainly have their own version of being a perfectionist but no, nobody who was horrible and abusive. The closest thing would probably be a high school football coach, but that was kind of expected of those guys in 1969 and 1970.

People went pretty crazy on social media after a photo of you looking very ripped went viral in the spring. Why did you make that lifestyle change?

It was actually a couple years before “Whiplash” that I had gone sort of back and forth in my life -- even when I was younger -- between being fit and healthy and getting lazy and fat and the last time I got super fat was actually on purpose for a role that a director wanted me to get super fat for and I initially said, “No, I’m not going to do that. I’ll wear a fat suit,” and then I foolishly agreed to do it and ate nothing but cheeseburgers and pasta and chocolate chip cookies. I realized, I’m in my 50s and I can’t keep doing this if I want to stick around and get to know my grandchildren.

It was combination of a lot of things. A lifestyle choice and listening to my wife saying, “The  yo-yo thing is not working for you. You need to find a healthy lifestyle you can maintain.” At this point I’m kind of a latecomer to really enjoying being a gym rat and working out. The good, old, traditional pumping iron, Arnold-style workout is one of the many different things I’m doing to stave off old age as well as I can.

You really play a wide range of roles in both comedies and dramas, indie movies and big films -- what do you find most rewarding?

This sounds like a pat answer to that, but it’s really true: I always look to do something that’s different from what I’ve been doing lately. I enjoy all of it, and the aspects of comedy I prefer over drama sometimes. Small film is a great experience, and then it’s fun to be in a big tent-pole kind of a movie, so one of the many blessings of my career is I can really choose and I can do three little indie films in a row and then have a nice, big, fancy trailer and get paid some money and work on something that has virtually unlimited funds, where you know everything is going to be sort of top-of-the-line production value.

On every level, I’m finding really talented, excited people to work with, so that’s the answer: something different from what I was doing the last time.