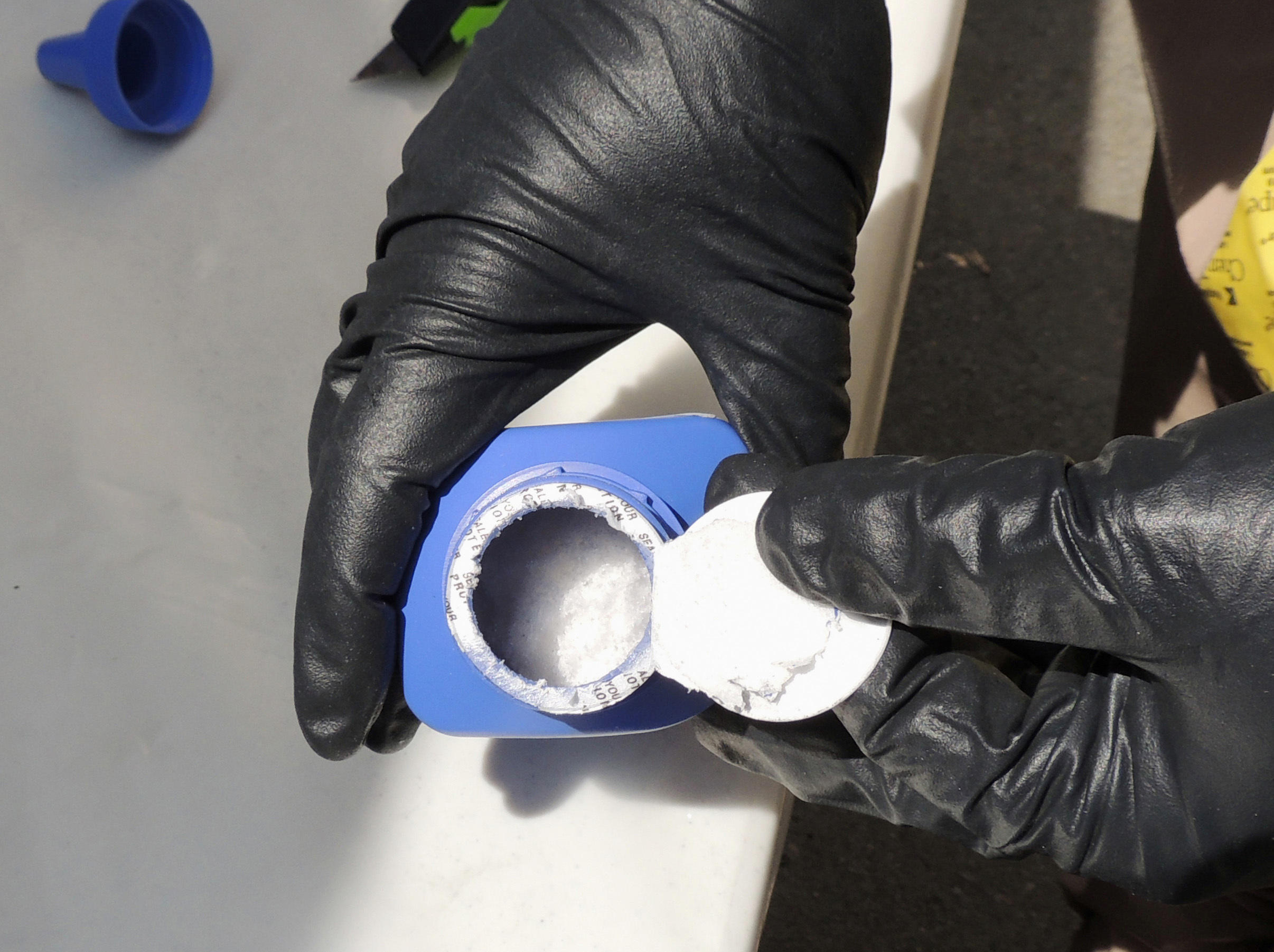 SHANGHAI -- It’s one of the strongest opioids in circulation, so deadly an amount smaller than a poppy seed can kill a person. Until July, when reports of carfentanil overdoses began to surface in the U.S., the substance was best known for knocking out moose and elephants -- or as a chemical weapon.

Despite the dangers, Chinese vendors offer to sell carfentanil openly online, for worldwide export, no questions asked, an Associated Press investigation has found. The AP identified 12 Chinese businesses that said they would export carfentanil to the United States, Canada, the United Kingdom, France, Germany, Belgium and Australia for as little as $2,750 a kilogram.

Carfentanil burst into view this summer as the latest scourge in an epidemic of opioid abuse that has killed tens of thousands in the U.S. alone. In China, the top global source of synthetic drugs, carfentanil is not a controlled substance. The U.S. government is pressing China to blacklist it, but Beijing has yet to act.

“We can supply carfentanil ... for sure,” a saleswoman from Jilin Tely Import and Export Co. wrote in broken English in a September email. “And it’s one of our hot sales product.”

The AP did not actually order any drugs, or test whether the products on offer were genuine.

For decades before being discovered by drug dealers, carfentanil and substances like it were researched as chemical weapons by the U.S., U.K., Russia, Israel, China, the Czech Republic and India, according to publicly available documents. They are banned from the battlefield under the Chemical Weapons Convention.

“It’s a weapon,” said Andrew Weber, assistant secretary of defense for nuclear, chemical and biological defense programs from 2009 to 2014. “Companies shouldn’t be just sending it to anybody.”

Carfentanil is 100 times more powerful than fentanyl, a related drug that is itself up to 50 times stronger than heroin.

Forms of fentanyl are suspected in an unsuccessful 1997 attempt by Mossad agents to kill a Hamas leader in Jordan, and were used to lethal effect by Russian forces against Chechen separatists who took hundreds of hostages at a Moscow theater in 2002.

The theater siege prompted the U.S. to develop strategies to counter carfentanil’s potential use as a tool of war or terrorism, according to Weber. “Countries that we are concerned about were interested in using it for offensive purposes,” he said. “We are also concerned that groups like ISIS could order it commercially.”

Later, dealers discovered that vast profits could be made by cutting fentanyls into illicit drugs. In fiscal year 2014, U.S. authorities seized just 8.1 pounds of fentanyl. This fiscal year, through just mid-July, they seized 295 pounds, Customs and Border Protection data show. Overdose rates have been skyrocketing.

The DEA has “shared intelligence and scientific data” with China about controlling carfentanil, according to Russell Baer, a DEA special agent in Washington.

“I know China is looking at it very closely,” he said. Delegations of top Chinese and U.S. drug enforcement officials met in August and September to discuss opioids, but failed to produce a substantive announcement on carfentanil.

China is not blind to the key role its chemists play in the opioid supply chain. Most synthetic drugs that end up in the United States come from China, according to the DEA.

China already has controlled fentanyl and 18 related compounds, but despite periodic crackdowns, people willing to skirt the law are easy to find in China’s vast, freewheeling chemicals industry. Vendors said they lied on customs forms, guaranteed delivery to countries where carfentanil is banned and volunteered strategic advice on sneaking packages past law enforcement.

“The government should impose very serious limits, but in reality in China it’s so difficult to control because if I produce 1 or 2 kilograms, how will anyone know?” said Xu Liqun, president of Hangzhou Reward Technology, which offered to produce carfentanil to order. “They cannot control you, so many products, so many labs.”

Last October, China added 116 synthetic drugs to its controlled substances list. Acetylfentanyl, a weak fentanyl variant, was among them. Six months later, monthly seizures of acetylfentanyl in the U.S. were down 60 percent, DEA data obtained by the AP shows.

Several vendors contacted in September were willing to export carfentanil but refused to provide the far less potent acetylfentanyl.

Seven companies, however, offered to sell acetylfentanyl despite the ban. Five offered fentanyl and two offered alpha-PVP, commonly known as flakka, which are also controlled substances in China.

“EMS is a little slow than Fedex or DHL but very safe, more than 99% pass rate,” a Yuntu Chemical Co. representative wrote in an email.

EMS declined comment. A Yuntu representative hung up the phone when contacted by the AP and did not reply to emails. Soon after, the company’s website vanished.