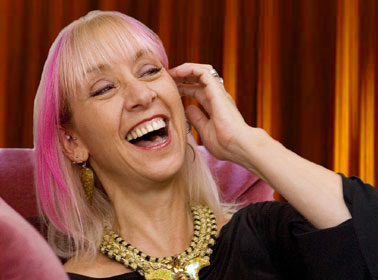 (CBS) Is "thinking off" medically possible?

While the drug industry searches for a way to increase women's sexual libidos, some sisters are doing it for themselves.

Barbara Carrellas, a New York-based sex educator not only claims she has found a way to orgasm just by thinking, she's teaching others to do it.

And scientists have paid attention. A team at Rutgers used MRI machines to try to substantiate her claims of  "breath and energy orgasm." Their findings are featured in a new TLC show called Strange Sex.

Carrellas developed her thinking orgasm technique as a response to the AIDS epidemic in the 1980s. At that time, the rules of engagement between HIV infected partners wasn't clear. Carrellas wanted to find a way for people to orgasm without having physical contact.

While her path may seem extreme, some experts say it may be helpful to struggling couples.

"The brain is the most powerful sex organ," says author and sex therapist Dr. Ian Kerner. "I would encourage people to try to use breath work, concentration and fantasy, but more to enhance their sex life, and less as a means to an end."

Racial disparity in maternal deaths "one of the biggest challenges," expert says
Thanks for reading CBS NEWS.
Create your free account or log in
for more features.
View CBS News In
CBS News App Open
Chrome Safari Continue
Be the first to know
Get browser notifications for breaking news, live events, and exclusive reporting.