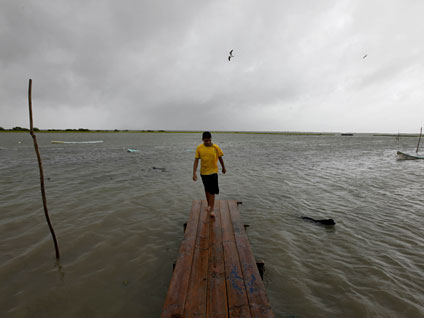 This column from The Weekly Standard was written by Irwin M. Stelzer.

This has been a year of reality checks. The Bush administration has been brought face-to-face with the reality of its massive deficits by financial markets that are scrambling to unload dollars, and by a Congress reluctant to tackle Social Security and tax reform until the federal deficit is brought under control. Bush has promised to do just that, but he is also intent on spending what it takes to win the war on terror, and on adding $2 trillion to $5 trillion to the deficit over the next several years in order to cover the transition to his proposed scheme for partial privatization of Social Security.

Several industries have also had annoying realities thrust upon them. The airlines now realize, or should, that the problems of the high-cost carriers, with their legacy of pension obligations and staggeringly generous union contracts, cannot be solved by selling more and more seats for less and less, or by bankruptcies that leave the industry with massive excess capacity. A major restructuring, leaving the dinosaurs in its wake, is now in the works.

The media is equally unhappy with the reality that hit in 2004. The liberal television networks have seen their market share dwindle as more balanced and more conservative voices attract audiences, and as bloggers provide instant corrections to the slanted stories that have long come from such as Dan Rather and CBS News. Like all fallen monopolists, the liberal networks are blaming everyone but themselves -- audiences are too dumb to appreciate network pundits, conservative cable channels pander to audiences, etc. But the fault lies in themselves; like the airlines, they will linger, but in a shrunken and transformed state.

As will America's auto manufacturers. Their reality, circa 2004, is that they simply cannot sell cars unless they discount prices so heavily that profits vary from wafer-thin to nonexistent. Whenever the auto companies tried to end discounting, the showrooms and lots overflowed with unsold inventory. Like the airlines, the auto makers will have to crawl from under the legacy costs of pensions and union contracts that require them to pay their workers whether they have useful work for them or not.

Add to the list big pharma. The pharmaceutical companies now confront the reality that their problem is not solely the making of avaricious and unscrupulous trial lawyers, but of their own emphasis on short-term profits, an emphasis which has led them to continue marketing products in the face of increasing signs that they might be dangerous to the users' health.

In facing that new reality pharmaceutical companies are not alone. New York attorney general Eliot Spitzer has dusted off some old state statutes, and added a bit of scary muscle to change the way executives in the financial services and insurance industries view their long-standing practices. Spitzer's extra-legal tactics, including insisting on changes in corporate management before proving that any law has been violated, may worry those wedded to the rule of law. But they are probably popular enough to propel him to the New York governor's chair, the seat of such early reformers of corporate America as trust-buster Teddy (Spitzer's personal hero) and regulator Franklin D. Roosevelt -- and you know where they ended up.

Nor, have the sports industries escaped the changing reality of 2004. In baseball the records of the stars of the most recent decades seem to have benefited from banned performance-enhancing drugs. This makes the players' union's refusal to allow testing an untenable relic of the day when the heroes of America's young and not-so-young relied on their natural endowments. Congress, its power stemming from its ability to repeal the law that exempts baseball from the antitrust laws -- which allows the teams' owners to reap monopoly profits -- has told the sport to clean up its act or face punitive legislation.

Finally, retailers recognized that their reality had changed in 2004. Thanks to Wal-Mart, price has come to matter, driving retailers that compete in that bracket to ever-greater efficiencies if they are to survive to see another Christmas. Some, like K-Mart and Sears, have merged in search of efficiencies, although how two misses can equal one hit is something of a mystery. Others, like Toys 'R' US, will have to quit the game unless they can bring their costs more in line with those of Wal-Mart.

Still other merchants are sharpening buying practices and improving inventory control. And many have finally found the formula for parlaying their success in bricks into success with clicks -- traditional retailers learned in 2004 how to use the Internet to their advantage. Or at least some did.

Perhaps the most amazing reality of the year now ending is the resilience of the American economy. Despite a recent history which includes a recession that started in the latter days of the Clinton administration, a lethal assault on the country and the attempted destruction of its financial center, a dot-com collapse and rocketing oil prices, 2004 was year in which the economy grew and more than two million new jobs were created. The American economy remains ten times the size of its emerging rival, China. And the mere growth in its wealth creation added as much to world GDP as did the entire booming economies of India and of Brazil.

Irwin M. Stelzer is director of economic policy studies at the Hudson Institute, a columnist for the "Sunday Times" (London), a contributing editor to The Weekly Standard, and a contributing writer to The Daily Standard. 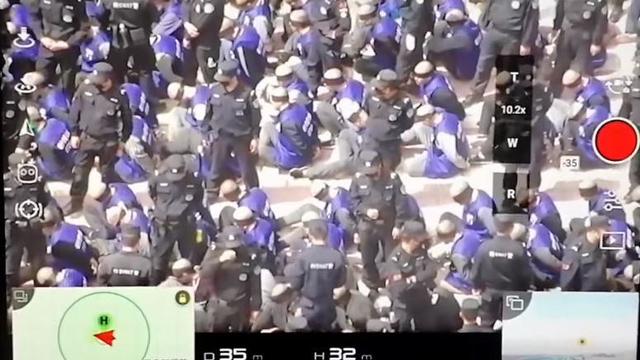