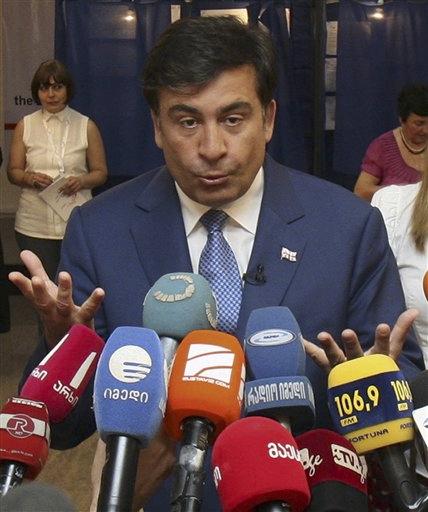 President Bush won despite what are historically damning statistics: an approval rating bobbing at 50 percent and about six in ten Americans saying they believed the country was on the wrong track.

Sen. John Kerry lost despite a weak economy and the primary rationale for the Bush administration's invasion of Iraq being debunked. Where wars historically decrease the ruling party's hold over Congress, Republicans made slight gains.

After more than a billion dollars was raised by the parties and advocacy groups, what won the White House was not money. Election 2004 may be remembered as the year television lost its grip over presidential elections; people, not TV spots, put President Bush back in office.

"This year represented a real turning point in campaigns from the television advertising era to grassroots organization," said Larry Sabato, director of the Center for Politics at the University of Virginia. "Yes, we have always had mobilization and we haven't always had TV advertising. But the TV era of politics lasted from the '50s through the '90s, even in 2000.

"But this was really different," Sabato continued. "This was almost a throwback to the 19th century, when campaigns were all about mobilization and they produced enormous turnout of a limited electorate that could vote."

But the improvement in grassroots organization was made not in spite of technology, but because of it. The Internet played an increased role both in fundraising and get-out-the-vote efforts. Bloggers affected major news stories.

Compared to past elections, Americans truly cared about the 2004 race. More people turned out to vote than ever before. John Kerry got 57.1 million votes, more than any candidate in any previous election – besides President Bush, who won 60.5 million votes this year.

While Kerry's campaign events were open to the public, Mr. Bush broke with convention and closed his speeches to anyone but invited guests. His campaign events became pep rallies; and he won in large part because the campaign successfully mobilized its base on a cultural level.

"Republicans were very successful at turning this election into almost a tribal contest," said Norm Ornstein, a political analyst at the American Enterprise Institute. "This was not Democrats against Republicans in the usual partisan sense, or liberals against conservatives. It was 'us against them. You can't let them win.'

"And if you think of your party as your tribe, a deeper sense of identity, then you submerge your differences with the leader," Ornstein continued. "And there were plenty of conservative differences with President Bush on spending and on the war, some of which we are seeing now focused around Rumsfeld. But that was not going to stop them from focusing on their guy.

That animus is in large part what keeps America a divided nation. Experts interviewed agreed that 2004 saw the further splintering of the country along cultural lines.

The issues surrounding the cultural vote – same-sex marriage, abortion, religion – mattered despite this being the first post-Sept. 11 presidential election. The only attack on U.S. soil in a half century, causing more deaths than any other in history, did not dominate the election as many analysts had anticipated.

While the Bush administration achieved a milestone in the war with the successful June 28 transfer of authority, the death toll among U.S. soldiers continues to rise, topping 1,000 by early September.

While the war became unpopular, Americans stood by their commander in chief for his principles as much as his policy, polling suggested.

Despite the war, fully one-fifth of voters said moral values was the most important issue to them. Though the catchall term has been the subject of debate among the chattering class, 80 percent of those who chose values voted for President Bush, compared to just 18 percent who supported Kerry.

"Those people had a pretty clear idea what they were talking about, even if the smart guys don't know," said political analyst Charlie Cook, editor of the nonpartisan Cook Political Report. "It's part of an ongoing longer trend."

A Los Angeles Times analysis in late November found that 97 of the nation's 100 fastest-growing counties, often referred to as exurbs, were carried by President Bush. According to the article, Mr. Bush's advantage was almost four times greater than what Republicans enjoyed eight years prior.

A study by the Metropolitan Institute at Virginia Tech found that Mr. Bush won 474 of the nation's 573 "micropolitan" areas, those with at least 10,000 people but less than 50,000, about 10 percent of the turnout nationwide.

Cities remained firmly Democratic; Kerry won 56 percent of the vote in urban areas, according to exit polling. Experts agreed that it was the culture of urban vs. suburban, city vs. rural that explains the nation's voting behavior in 2004.

The U.S. culture war heated up in November 2003 when the Massachusetts Supreme Court legalized same-sex marriage. The mayor of San Francisco followed suit and the issue became a lighting rod for conservatives.

Interviews with social conservative leaders throughout the year pointed to same-sex marriage, rather than abortion, as the predominant issue for so-called values voters. Though it likely only "made a difference at the margins," as Cook believes, it is the margins that won President Bush four more years.

"Big, big transformational elections are when the winning party scores big at every level. Well, that didn't happen," Cook said. "On the state legislative level the Republicans lost seats. On the House level they picked up three seats on a technicality. The Senate was big, no question about it, but it was larger the South continuing to realign.

"With the jobs picture not bouncing back quickly as it should have, the war more problematic, no WMD, the incredible intensity on the Democratic side, the amount of Democratic money out there, this was an election that could have gone either way," Cook continued.

"And I think it was a superior Bush campaign and a fairly mediocre Democratic candidate," that to Cook, may have won the election for the GOP. But he added, "External factors, like the Massachusetts court decision and the city hall scenes in San Francisco were not helpful."

Experts agreed that with all the money and modernization of politics, Election 2004 showed that campaigns still depend on the candidates.

"Bush has earned a very special place next to Harry Truman," Sabato said. "They are the only two presidents to fall behind in an election year and still win in November, in the age of polling that is."

Kerry became the Democratic nominee largely as a result of the further frontloading of the primary process. When Kerry won Iowa and his running mate, Sen. John Edwards, came in second, the Democratic ticket quickly fell into place. The remaining states fell for Kerry like dominoes.

"I believe Iowa and New Hampshire play a very useful role," Cook said. "But they should be the beginning and not the end, and what's happened is they became the beginning, middle and end."

Democrats selected Kerry for his electability rather than his personal appeal, their decision based more on pragmatism than personality.

"People thought that these elections really mattered and as a result nominated somebody that has a good chance of winning," Cook said. "Twelve, sixteen, twenty years ago, electability wasn't an important factor. That was really inside baseball."

But just as important was Republicans' ability to mobilize their base. The unity among Democratic primary voters was the catalyst for a major Republican electoral counteroffensive.

"Mobilization begets counter mobilization," Sabato said. "Democrats were mobilizing tremendously but what they didn't realize is that they were also stirring up the Republican base."

While the GOP maintained control over the White House, Senate and House of Representatives, the facts of 2004 belie concluding that it was a year of total Republican dominance.

Only by redrawing Texas House districts to their own benefit, resulting in five new Republican seats, was the GOP able to hold the House. At the state level, governors' seats were basically unchanged, with Republicans holding 28 to 21 for Democrats, with the Washington State race still mired in a recount. Democrats, though, have improved their gubernatorial lot since the 1990s.

"Every election we see these articles about realignment and it's almost never true," Sabato said. "And I doubt it was true this time, 48 to 48 [in turnout], changing to 51 to 48, really is not that much of a difference."

Ornstein agreed. The election "was basically an affirmation of the fact that we are an evenly divided country," he said.

"Remember for the larger margins [President Bush] got, winning the popular vote, winning more electoral votes, still basically came down to 50,000 to 60,000 votes in Ohio," Ornstein added. "Which is not that radically different from coming down to 537 votes in Florida."
By David Paul Kuhn