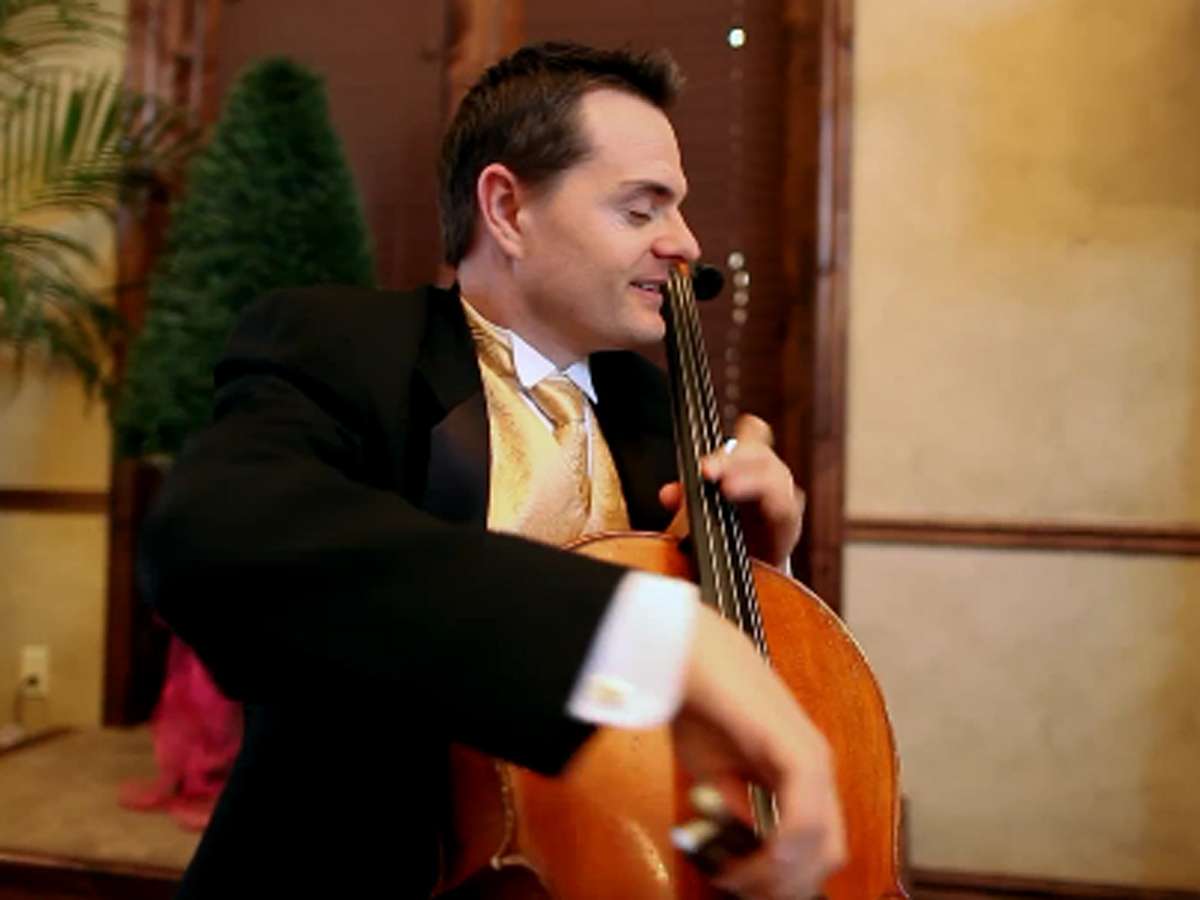 (CBS News) We are currently in the midst of wedding season.  And if you've ever been to a wedding (or even just happened to see one on television or film), then you're definitely familiar with "Pachebel's Canon in D." You may not know you know it, but you do. Trust me. And while there is a certain classic beauty to the song, it can get a bit repetitive for musicians and listeners alike. So let's listen to a new take on the classic from one of our favorites here at The Feed: The Piano Guys!  Things start to change at about 57 seconds.

The Piano Guys, who have been featured here numerous times now, write about their latest project:

Ask any cellist. They'll tell you about what's it's like to play the cello part of Pachebel's Canon in D. It's the same 8 notes over and over and over again. The good news is, it's easy to memorize. The bad news is you don't know when to stop. There's a rumor floating around that says Pachelbel either died while writing it, never finishing the cello part, or that he dated a cellist and it did NOT go well. :P This arrangement is dedicated to all the cellists that have fallen asleep while playing this song...or at least wanted to fall asleep. Steven Sharp Nelson actually began writing this arrangment while bored at a wedding. :)

Ahem...all the bitter cello-malice aside, Pachelbel's Canon in D (written in the 1600's) has stood the test of time -- celebrated as the most recognizable piece of classical music. We like to call it the "one-hit wonder of the 1600's." :) It really is an amazingly-catchy piece of music. It demonstrates the musical form of the "canon," when a melody is played and then repeated in a round by other voices. (watch how the melodies are passed from one cello to the next -- right to left)

ALL THE SOUNDS YOU HEAR WERE CREATED BY THE CELLO -- bowing, plucking, strumming, and beating the cello any way possible.

This arrangement was actually written before ThePianoGuys posted our first video "Michael Meets Mozart" -- but we hesitated filming it because of how involved the idea was. We've never used "extras" before! And the thought of staging a wedding, directing extras, and cloning Steve 4 times all in one video-shoot made us justifiably anxious. So we put it off. And put it off. And then put if off some more. One day Al van der Beek was skimming through our thousands of messages on Facebook and happened to see one with the title "wedding" in the subject line. A woman had emailed us about an opportunity to film at a big magazine-spread wedding photo shoot. It was perfect--they would have the location, flowers, actors, and even a cake. Everything we'd need. To make a long story short, we excitedly scheduled our video shoot for the same day as their photo shoot, but a few days prior to the day it fell apart. After much discussion we determined to move forward on faith that we could still work it out. Paul Anderson marshalled all sorts of connections and called on whomever he could and by nothing short of a miracle in a matter of days the wedding was all planned -- complete with a beautiful location, stunning decor, sharp tuxedos, fancy flowers, a photogenic bride and groom, 60 energetic guests, and an iced cake!

A big triple-rainbow salute goes out to The Piano Guys for another instant classic by the classical duo who have never failed to impress us all here at The Feed! To check out more of their work you can see past write-ups of them by clicking here or visit their YouTube page by clicking here.
View CBS News In
CBS News App Open
Chrome Safari Continue
Be the first to know
Get browser notifications for breaking news, live events, and exclusive reporting.